The TRC and our long, humble road to decolonization

The end of the Truth and Reconciliation Commission marks no conclusion, but calls all Canadians to accept the challenge of confronting cultural difference and relearning their histories.

On June 3, the Truth and Reconciliation Commission (TRC) came to a close in Ottawa. The process involved 6,750 witness statements recorded over 1,355 hours, which culminated in a six-volume report.

Despite the press and publicity and nods of agreement from coast to coast, Stephen Harper has so far been unable to get his mouth around the term “cultural genocide”. With the continued push for industrial development on Aboriginal land without proper consultation and failing policies to truly support the social needs of a fast-growing Indigenous population, this government is firmly upholding a colonial legacy. While such landmark moments as the Tsilhqot’in supreme court ruling and the TRC report indicate great steps, the government’s wish “to divest itself of its legal and financial obligations to Aboriginal people and gain control over land and resources” is still pervasive.

In a recent interview with the CBC, long-time activist and Aboriginal singer-songwriter Buffy Sainte-Marie responded with a shake of her head when asked about Stephen Harper’s approach to the whole affair.

“He’s not there yet,” she said. “I don’t think he knows … I think he’s living in a different world.”

This simple statement brings up a very important point which eludes so many of us who grew up in a position of privilege. It is possible to be in the same place and living “in a different world”. Even if my property borders on a reserve or I have Aboriginal coworkers or I walk by a Friendship Center every day, my reality is not a shared reality until I humble myself to the meaning of cultural difference. Then I may be able to not just hear, but listen to stories and grapple with the fact that historical colonialism has bred present colonialism.

One particular incident comes to mind which may illustrate my point about cultural ignorance.

A group of choir members at a small town community choir were having a discussion about residential schools after practice one evening. One fellow was a British immigrant and was having a hard time understanding what the big deal was. He described going to boarding school in England as a child and witnessing many of the same atrocities described in accounts of residential schools here: the withdrawal from family, discipline and degradation, various forms of abuse. No great to-do is made in England about such patriarchal systems of schooling and conformity. He can understand it was wrong, and learned to triumph over these evils. Why the issue here?

This account is a clear demonstration of cultural blindness. No ill-intent is behind this man’s understanding (or rather misunderstanding). What must be realized is that his inability to truly see the existing circumstances contribute to ongoing destructive colonialism which can only act to perpetuate a cultural gap and social inequality. In this man’s case, we see a boy being sent (not taken) from his English home where he speaks the English language to English parents in order to be educated and disciplined in a similar manner to all his peers and his father and grandfather before him. This is in no way comparable to the systematic dismantling of Indigenous culture which took place in residential schools here and around the colonized world.

Residential schools a tool of colonization

The TRC clearly recognizes current discrepancies between Indigenous and non-Indigenous Canadians in terms of healthcare, childcare, education, legal systems, land rights and many other socio-political factors. Most importantly the report recognizes how these factors are connected to an “intergenerational legacy of residential schools.”

The residential schools were a systemic tool of colonization acting in concert with many other government policies and discriminatory private and public practices such as unacknowledged treaty agreements and land acquisition and development without consultation.

No doubt, the means of education and discipline in many English boarding schools are also systemic in that they are directing a social order through very specific, albeit questionable, means. However, this system is inherently different from Indigenous residential schools in that its intent and effects act towards the sustenance of particular cultural and social norms, not to annihilate an entire way of life and way of looking and being in this world exhibited by culturally distinct and politically and economically subordinate peoples.

When asked to walk in someone else’s shoes, we make no headway in simply picturing ourselves putting on a pair of moccasins and going for a stroll. We must truly challenge ourselves. This means questioning our beliefs, preconceptions, moral understandings, and institutional structures which we take for granted as ways of life. We have to listen to the stories emerging from the TRC with a mirror close at hand and judgement left at the door. If we do not make ourselves vulnerable by admitting that ours is not the only way, we easily run the risk of turning off the TV or radio and saying, “Oh my, isn’t it horrible what they did to those kids,” and dumping the plethora of issues into the pity bin with all the other terrible things happening “over there” or “back then”.

The old “forgive and forget” mantra is not applicable here simply because this isn’t a past issue. It’s been centuries in the making and it permeates the current social and political make-up of not only this country, but the whole colonized world—something the TRC report duly acknowledges. On this note, if the choir member in my anecdote was Irish, his case would be vastly different. To misunderstand the circumstances and our place within them acts to keep the colonial beasts well-fed and actively guarding any road to social equality.

It’s not enough to throw our hands up and exclaim, “I said ‘I’m sorry’ already!” Yes, the official apology for residential schools surfaced in 2008. This apology was necessary and sets a precedent, but, as the TRC report states, the hope of reconciliation “has faded”. It is meaningless unless action follows which demonstrates the hard road is being walked by Indigenous and non-Indigenous peoples together. Thankfully, people are walking this road together. The Idle-No-More movement, which is now a global grass-roots movement, exemplifies a surge in a collective desire to heal and bring justice.

On the other hand, how our government is dealing with the issue demonstrates that our political and social institutions are missing the point. Newfoundland and Labrador was not included in the Residential School Settlement Act, just as survivors of similar abuses in day schools and victims of the “Sixties Scoop” were exempt on technicality as well.

With the terms of union between Canada and Newfoundland and Labrador conveniently omitting any mention of First Nations, the Indigenous peoples of this province know all too well how such exclusionary technicalities act to undermine any genuine process of reconciliation and hope for self-governance and fair land rights settlements.

You’re right Buffy, Harper isn’t “there yet”. But the fact is, neither are many of us. For a case-in-point, former prominent politician John Crosbie revealed his ignorance when he stepped up to the mic at a recent rally by Confederation Building to support the inclusion of Newfoundland and Labrador in the Residential School Settlement Act. Crosbie first apologized for his inaction when he was in a place of political power (thanks for the acknowledgement John, that’s the first step and I’ll applaud that). He then proceeded to admit he had no idea what he could do to help.

We are now faced with getting to work on what the TRC report calls “post apology progress”. The process of reconciliation has only just begun. We have to recognize it’s not enough to just hear. As Commissioner Marie Wilson notes, we have to enter “not as observers. It is not a passive activity. It’s a very engaged activity.”

In order for true reparations to happen and for policies to develop which act towards mutual respect and opportunities at the negotiating table, I believe that reconciliation should be pursued collectively while also being demanded of our political and social institutions. In the words of the TRC report, “there has to be awareness of the past, acknowledgement of the harm that has been inflicted, atonement for the causes, and action to change behaviour.” 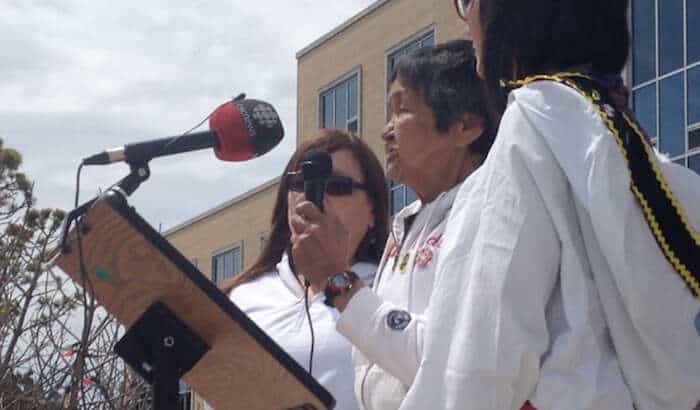 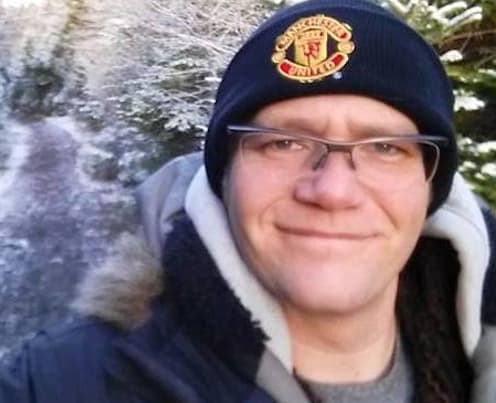 Paradise man uses social media to connect job-seekers and employers
Chris Buckley has taken to Facebook and Twitter to create his own online job board.