After walking my girlfriend to work at one of St. John’s’ larger shopping-malls, I took some time to stroll around and window shop amongst the rows of stores, each one flashier than the one before it, though each adorned with the same sculpted mannequins and the smiling faces of surreally attractive models glaring down from banners and posters.

I walked past a line of lingerie stores which hummed with activity and although conscious of looking like some bearded creep, my eyes glazed over those storefronts as I tried to affect an air of someone who didn’t really notice the backdrops of lingerie-clad models with sultry eyes that seemed to follow you wherever you looked. As I escaped their gaze I began to remember a conversation from the night before, one of those classic barstool socio-political discussions which, for the benefit of friendship, you try and forget certain dissenting positions the following day.

Between muddled citations of Marxist power theory and the key differences between first wave feminism and fourth, the topic still rang clear: What is the difference between empowering and exploitative? How much does sexuality belong in media? Is it morally okay to go to the strip-club after the next bar? While we skipped out on the strip-club, the questions still remained.

Early morning cable television gave no answer either, but half-cut, sitting at home and forcing a glass of water down my throat before bed, one of those old stand-up shows gave an interesting perspective. The tired joke, delivered by some nameless comedian to the canned laughter of his captive audience was little more than a gripe about the waning intimacy of middle-age which followed along the lines of, ‘My wife’s like a broken stoplight, I just keep waiting, but she’s never gunna give me the green light!’. Laughter, applause, no, really folks!, cut to commercials. But it did get me thinking.

In the same way that we cannot will the traffic-light to be green when we want to go, we cannot will people to be sexual beings when we desire it. We cannot force sexuality onto a person so much as we can decide that the light, while red, is actually green. It is the traffic-light controller’s decision when to change, and if and when it does, it will do so in its own time.

We cannot force sexuality onto a person so much as we can decide that the light, while red, is actually green.

As an observer of the light, interacting with it on such a basis, we have no real authority over it. We may want it to turn green — it’s doing so may convenience us, may please us, it may fit within the busy schedules of our day and how we perceive the world around us — but the fact is that no matter how hard we stare and pray that the light will turn green, it will not, before its own time, change colours.

Similarly, we cannot desexualize human beings, so much as we can imagine individuals as sexual objects. Sexuality is a factor, but neither a defining feature, nor something that can be ignored. What is certain is that an individual’s sexuality is under their domain, and no amount of willpower at a red light can change that.

The issues surrounding how we as a society present sexuality within both media and our daily lives is a topic not isolated to one gender in particular; on my walk through the mall I encountered plenty of male Calvin Klein models staring down wearing little more than a shred of fabric. But the debate of how society views sexual expression seems to end there for men. I’ve never been called out or harassed for a shirt that’s too tight or shorts that are too short. I’ve never been pressured to be green when I’m red, and even then, I can’t say that an awareness of my male sexuality has ever played as starkly into how I believe people perceive me. While sexual expression is undoubtedly a topic of discussion for both men and women, it’s evident that women face far more public policing than their male counterparts.

A woman might dress conservatively, but she may buy lingerie for her and her partner to enjoy, and wearing it may be a sexual display; a celebration of her sexuality, a green light. Enjoying this intimate expression of her sexuality makes her neither more nor less sexual as a person, because it is a personal expression. For the rest of the world the light may be red, but for her and her partner, in that moment, the light is green.

As observers of each other’s personal traffic-lights though, we should never make the mistake of assuming to know just when or where or how a green light may present itself. This is where it becomes evident that despite the convenience of clever metaphors, human beings are simply not equipped with only a handful of coloured signals to indicate our sexuality.

A woman might dress differently than her normal attire for a nightclub, and if she sees it as such, it may be a celebration of her sexuality, not in intimacy, but in aesthetic. It is not for us however, the observer, to decide what that expression reflects upon that individual. Perhaps such ambiguous instances are yellow lights, and as such, mean neither stop nor go.

Where we differ from traffic-lights however, is that we are able to communicate and to inquire; and so any such yellow light should be approached with the autonomy of the controller in mind, and not as an invitation to assume that the light will turn one way or another. A change in clothes on a night out does not indicate anything unless directly conveyed by the individual whose clothes they are and whose intent is under their domain.

As traffic-lights change, so too does individual expression, and while sexuality may be celebrated in one particular instance or setting, it does not mean that the light remains green for any definite period of time thereafter.

We cannot decide that the traffic-light is still green when it has obviously turned to red simply because it was green just a short while ago, and similarly, we cannot insist through skewed ideas of sexual objectification that what a woman chooses to wear one day reflects our own individual interpretations of sexual expression. Sexuality lacks uniformity, and just because one person finds an action to be sexual in nature does not reflect that intent upon every other individual who may act similarly and without any sexual intent.

There is no benchmark to follow, and there is no sense or possibility in fixing any of society’s issues by either hyper-sexualizing or desexualizing individuals.

In reality, sexual expression is far too complicated an issue to be accurately described with traffic-lights.

Human beings are more than three colours, and just like the degenerates of the world who will run red lights, carless of the safety of others, so too will some people ignore the autonomy of a person’s body and their choices.

What we can take away from this with some certainty though is that sexuality cannot be removed from society as some of my barroom-philosophizing friends had suggested. There is no benchmark to follow, and there is no sense or possibility in fixing any of society’s issues by either hyper-sexualizing or desexualizing individuals. School dress-codes that are slanted against women under the pretence of how other’s perceive their traffic-lights are but one example of implementations which our society uses to police female expression. This is not equality, and this is not the mark of a progressive society which should be enforcing both healthy body-image and mutual respect along gender lines.

Sexual expression, weather it is intimate or exhibitionist, is a celebration of the body in just one of its many natural forms. Sexuality is not a defining characteristic — rather, it is one of many tools with which we interact with the world around us and grow as individuals. The key is to be conscious of how we view each other. Does our perception of how someone interacts with their sexuality give us consent to do and say what we’d like? Absolutely not. We each have our traffic-light which we utilize, but that tool does not define us as human beings.

Sexuality is not something to be feared, but something we as a society should embrace — just so long as we have the basic understanding of how to act respectfully to one another.

Conor McCann is a freelance writer and journalist from St. John's, NL, now based in Melbourne, Australia. After graduating from Memorial University, McCann worked on-air with VOCM News before leaving radio to pursue print media. His work has appeared in publications including Vice, the Maritime Edit, and CBC.

Top 10 conservation actions N.L. must take
A farewell challenge: What this province needs to do to make things right. 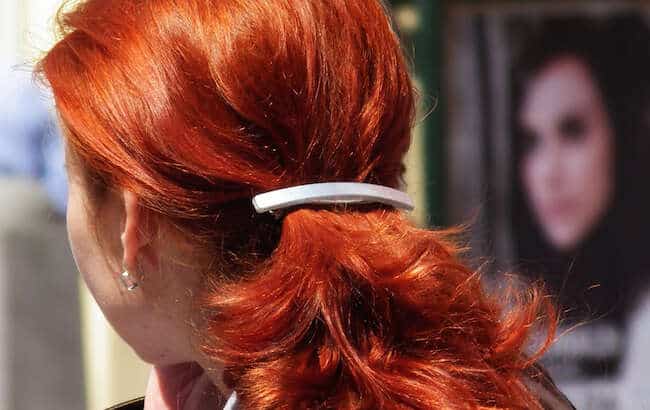