What education is worth

The debate on tuition and fees at Memorial has, at its core, the larger problem of the commodification of education. The fight for education as a right is a crucial struggle.

Most global social and environmental problems have roots in a general lack of education, and post-secondary education plays a particularly crucial role in society on a fundamental level.

We do not know what the future may require us to learn, or what seemingly inapplicable area of study today may suddenly become crucially relevant tomorrow. Take the dawn of the digital age for instance: within a few decades fields like computer sciences have evolved from ones with specific applications to now being at the core of most aspects of our lives.

Post-secondary education is also increasingly necessary in order to achieve a decent standard of living for each subsequent generation which finds itself inheriting a world where automation and technological advancement are changing the employment landscape.

In should come as something of surprise then that we would punish those pursuing higher education – present and future tax payers whose success will determine our world’s future – with crippling debt and dependency upon food banks. This is, however, the result of a political agenda by those who see education as a commodity, rather than as a social good.

Indeed, the commodification of education is the agenda at the heart of recent debates around tuition and fee increases at Memorial University.

Wilfred Zerbe, Dean of Business Administration at Memorial University, is an excellent case and point. Zerbe, who was recently featured in a CBC article calling for MUN to increase tuition (following a similar speech he made at a university convocation ceremony the previous week), emphasizes the value of MUN’s programs according to their price tag and implies that MUN’s primary motivation should be to remain competitive while extracting as much money from students as possible, and potentially subsidizing local students’ education after the fact.

For whatever MUN’s programs are worth, Memorial students are worth far more, regardless of where they are from. In addition to a significant number of students from elsewhere remaining in Newfoundland and Labrador after graduation, the benefits of students to our province’s economy far outweigh the ‘costs’ associated with educating a student at MUN, making students one of the best things for society to invest in.

But one must only read the actual testimony of students, the real stories which contradict the limited analyses by the university’s administration, to see the true value of post-secondary education.

Indeed, we should be striving to introduce free tuition rather than making post-secondary education less accessible to prospective students. As students openly testified at a recent budget town hall at the university, times are already tough enough. Further, accessibility is also directly tied to the amount of debt taken on by students which they live with afterward. Even though many low-income students do pursue education, the loans and debt they must accumulate to do so means that they wind up paying much more for that education than students from higher-income backgrounds.

Memorial’s true problem is not lack of money, it’s lack of accountability

Truly dealing with MUN’s problems does not mean gradually shifting the burden of funding onto students — it means fixing a lack of accountability and effective policy at both the administrative and governmental level, which unless addressed will only lead to further crises and more and higher fees.

Memorial University’s accountability to the public, and emphasis on secrecy at its highest levels, has long been a source of criticism. A culture of entitlement has developed in its upper ranks, where salaries have ballooned beyond necessary levels of ‘competitiveness’ relative to other institutions while the university itself has been left to crumble.

Zerbe himself was a member of the secret committee which developed the tuition framework later presented to the university’s Board of Regents. The committee, which contained no student representation and was essentially intended to break the tuition freeze at MUN, was exposed by the MUN Students’ Union (MUNSU) through an access to information request.

As the documents obtained by MUNSU revealed, the committee developed a framework rather than a policy in order to avoid ‘cumbersome process’ — a gentler way of saying the committee wanted to fast track policy without accountability.

University administrations often spin tuition increases as the means to greater autonomy for the university; their argument is that if they get their money from sources other than government, they have more freedom to do whatever they want with that money. Some even argue that this lead to greater academic freedom. But the argument that students paying more will benefit facets of university integrity such as academic freedom is a weak argument.

Rather than autonomy, Memorial University’s principal problem is a lack of transparency and accountability to both students and the public. Had the administration any real interest in meaningful consultation with the student body an access to information request to reveal the tuition framework committee’s work would not have been necessary.

It is clear from the start that the committee’s objective was to push through tuition increases rapidly, and to minimize potential student opposition. The point was never to pursue real negotiations.

Zerbe’s comments, originally coming at a convocation ceremony, are not surprising in this respect. Memorial’s administration know that a united student body is much harder to swindle than a divided one.

Some students who can afford fees now might be tempted to believe that they are doing the right thing by offering to willingly pay them. But by doing so we will only be setting a dangerous precedent, legitimizing the actions of administrators and other decision-makers in passing the burden of their failures onto those they failed.

If that precedent is set, more excuses for raising tuition and fees will follow, no matter the actual root of MUN’s problems, and more students who cannot afford to pay those prices will be left behind.

Negotiation? Or Erosion of rights?

It is impossible to ‘negotiate’ with an administration that does not want to negotiate, that does not perceive education as a right. The looks of deeply repressed guilt and frustration on administrators’ faces in recent media coverage alone gives the game away. Negotiation that only leads to the slow erosion of education as a right is not a victory, it is the best way of securing defeat and student apathy.

Which is why student movements often resort to more direct tactics, ones which can make storming a Board of Regents meeting look tame by comparison. Take for instance UCL Cut the Rent at the University College London in the UK, where students have been successful in demanding reforms to costly accommodation bills after applying continuous pressure for change. Since 2015 four rent strikes have been called and sustained at UCL, and actions have also included demonstrations, banner drops, flash occupations, and climbing onto the Provost (chancellor)’s balcony. Rent strikes and similar actions have also taken place at the University of Sussex, University of Bristol, University of Aberdeen, and Goldsmiths.

As Ana, an organizer of UCL Cut the Rent, explained to me about their situation, “We did sit-ins, petitions, live-ins, and social media campaigns, but the university weren’t going to capitulate to our demands if we had no leverage. That’s because senior managers do not have students’ interest at heart. If they did, they wouldn’t be profiteering off university students in this way.”

“Despite eviction threats and attempts to victimise individual students, a collective refusal to be divided or bullied — alongside careful organisation with off-campus groups — forced successive capitulations by managers,” Ana explained.

While there are similarities and differences between all student campaigns, the experiences of UCL Cut the Rent and other campaigns internationally speak to a common thread: the problem with acquiescing to the commodification of education—in the hope that things might change back at some future point—is that once students concede to paying more, tuition fees are normalized and it becomes difficult to apply adequate pressure for change. A culture of entitlement cannot be defeated while the entitled continue to feel comfortable in that entitlement.

The right to education

Investing in post-secondary education is a legitimate use of tax dollars, unlike the use of taxpayer money to pay the exorbitant salaries of administrators so they can run secret committees to forward elitist agendas.

More than ever, students must step forward and investigate the roots of our current economic situation, to hold leaders at both the university and provincial government accountable for their actions.

Our provincial tax system has become regressive, punishing those lower income people and families while advantaging those with higher incomes. Fixing that problem alone would create one lasting solution to help us improve our present economic and social situation by ensuring we are all adequately contributing to the maintenance of our public institutions in the long run. But those changes will not happen without pressure, and students can and should be leaders in bringing about this change.

Because at the end of the day the right to an education is also the right to make our province and world a better place – for ourselves, for our families, for everyone. It is also our right to access the knowledge we need in order to hold those in power to account.

Conor Curtis is a social and environmental activist and writer from Corner Brook. He has written articles on topics ranging from international politics and social justice to hydraulic fracturing and climate change, and was a founding member of The 4 O’clock Whistle Magazine. Conor is currently a student in the Master of Arts in Environmental Policy program at Grenfell Campus. 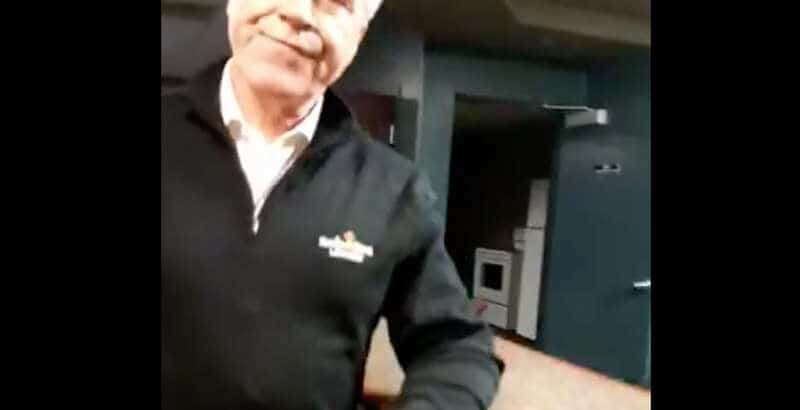 An Open Letter to Dwight Ball on “Discovery Day”
Let's call it "Reconciliation Day" instead.