A Balancing Act (is coming)

In talking about Senate reform, people are missing the point. In fact, most of the points…

In my fortnightly column I want to have a little yarn about the recent Senate appointments. Actually, I want to have a little rant about the Senate as a whole. I know the Senate is a thoroughly discussed issue and people are pretty sick of hearing about it for the past decade or so. In fact I’m pretty late to the discussion about the perceived snub to Labrador, especially considering the recent colour change to the electoral map in the land that God gave to Cain.

But the fact is, there isn’t much discussion and I find this curious, considering. I mean, I’ve read the dreaded comment boxes (I always regret doing that, but it’s like looking at an accident scene) and some of the e-commentary and I have to say I’m disappointed in the attitude that Labrador shouldn’t have one seat of the six this province has to offer – that Labrador isn’t all that different anyhow.

That latter point is easy to debunk, nearly half of the population is Aboriginal, and the settler population experience has been shaped largely by the Aboriginal population. Regardless of one’s ethnic identity, there can be no doubt that there is a strong sense of having a unique Labrador identity. We have a unique political identity, a shared history – community by community – of not-being-of-the-island. Gracious me, the birth of the separatist “New Labrador Party” was created in a settlement of recent immigrant Newfoundlanders in Labrador West. But I hardly doubt anyone will argue that, in one way or another, Labradorians have a cultural identity different from, but not necessarily against, our island compatriots.

One of my observations in discussions about losing representation for Labrador in the Senate has been that we’re over representing small regions (minute portions of the province come to mind) in government(s). But isn’t that the point? Senate is meant to balance the Commons – to balance the majority versus the minority – and give a voice to regions with unique identities that would likely not otherwise be heard when passing laws that affect the lives of each and every one of us.

Originally the Senate was designed to provide an equal balancing power against the majority voice of the commons for each of the four major regions in the country– the Maritimes, Quebec, Ontario, and the West. Representations for the territories were added later, and a concession was made to add six more when our province was added to the confederation. This provided a gross overrepresentation for our province in the red chamber at the time, and since other populations in Canada have grown considerably faster, it’s even more so today.

Quick Canada Fact: did you know that one NL Senator is worth 8 BC Senators?

True story: because no major Senate reforms have occurred since confederation, Alberta, Ontario, and BC Senators “represent” regions with far more people than everyone else. Only Quebec Senators “represent” roughly the national average of population-to-Senator ratio (about one Senator for every 300,000 people). Incidentally they also represent specific regions of the province. This isn’t a wholly bad idea because it provides a balance: rural/remote regions and Francophone regions of Quebec have a voice alongside Anglophone ones.

If when we ever end up electing Senators I would argue the case for regional representation. Otherwise, you will often end up with Senators from populous regions which not only diminishes the possibility that the Great Northern Peninsula, the South Shore, Central NF, and of course Labrador will be represented, but it also makes one wonder what the difference would be between having MPs and Senators.

Personally, I tend to think along the lines that the entire country should be divided up into similar zones, perhaps cutting across provincial boundaries. Northern Quebec and Labrador have more in common than Labrador and the Avalon (ditto for the French shore folks and so forth). Northwest BC and northern Alberta have more in common than their southern counterparts, and so on. The idea of the Senate is to balance the populace majority MPs with the provinces or regions of the country. To give voice to those who would likely not be heard otherwise – particularly Aboriginal people, as they do in Aotearoa (New Zealand).

Then there are the Senate abolitionists

They tend to come from regions with a majority of the MPs that command solid control of the Commons. Senate abolitionists scare me, because what other body will provide a check and balance to whatever the government of the day is? In majority government situations, the Prime Minister selects their Cabinet, and can whip their caucus on any Bill (I hope you giggled at that too). The Prime Minister selects their Governors General, and effectively, the Supreme Court Justices and Senators.

My question could be why do we bother with a bicameral parliament at all? We could just vote on a supreme commander and do away with regional voices altogether. Did you know that our current PM has (so far) appointed almost HALF of the current sitting Senators? Well, to be fair he was kind of required by law (well the Governor General is) to do so. But hey, maybe they picked Norm Doyle because it looks like he’ll retire in eight years simply because in eight years he’ll be 75… joking. In case it seems like I’m criticizing my bosses, they’re tinkering with (some of) that right now with Senate reform.

For the first time, the province – not the feds – will decide

If when a “triple e” (probably means something different to our young readers) Senate comes to fruition the provinces need to be ready to decide how to elect or nominate Senators. Now it will be up to the government of this province to decide how to select and give the PM a list of Senatorial candidates. Now is the time for the wonderfully distinct regions of this province to start gearing up and making their cases known as to why they should be one of the regions to have a Senator rather than allow our government to do the selecting for us (if they have time in their ~50 days of House time).

On the flip side, for all you slighted Labradorians: it’s time to speak up about losing a Senate seat, since there’s another one coming up after this September 23rd (or 2017 but that’s a conspiracy theory I’ll keep to myself 😉 ). In fact, I would recommend for those on the island to push for a Labrador seat as well, because by doing that you bolster the argument to secure one for your distinct region too. Isn’t that what we all want – regional voices to be heard over in Canada? 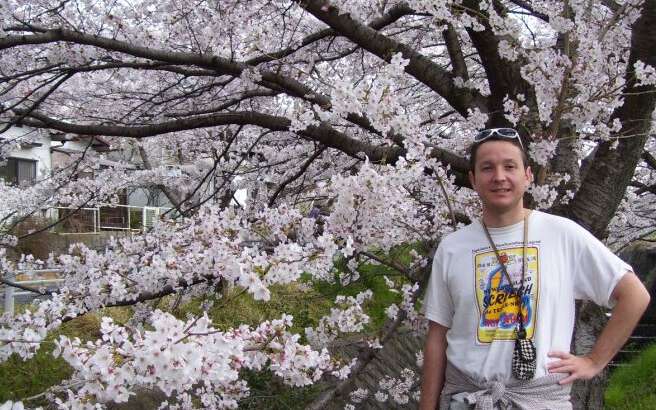 A son of Labrador in Kyoto
A Labradorian looks back on his home with mixed feelings, and reflects on what Japanese and Newfoundlanders/Labradorians can learn from each other

The St. John’s of the future