Down to the brass tax

The province has a looming baby boomer retirement problem, crumbling municipal infrastructure, and a lack of capacity at the municipal level to deal with all this. Restructuring tax collection could help immensely.

People sure seem to hate tax time, don’t they? Shelling out our hard-earned cash to one level of government or another, so they can provide us with services in return. There is always debate at the national and provincial levels over how much government we need — libertarians on one end saying ‘None!’, and communists on the other of the spectrum. Thankfully we live in a country and province where our values reflect a general sense of “we’re-in- it-together”, with socialized healthcare, education, and social assistance programs being supported by even the ‘right wing’ parties. But there will always be opposing perspectives over how to spend our vast, collective money.

When you get to the municipal level, however, the revenue-raising capacity and the range of the services provided is relatively limited. There’s no need to debate the merits of municipal day care, municipal defense priorities, international aid. Nope. There’s roads and snow clearing, parks and recreation, water and sewer, waste removal and recycling, firefighting — real ‘in-your-face’ stuff with few “inefficiencies” to be found in the system.

So when the debate rolls around to municipal affairs it’s either more taxes or less day-to-day services.

I’d pay more taxes if I knew the money were being used for the greater good. For example, I think society benefits when you assist a single parent to get into the workforce by providing them with subsidized day care, thereby increasing their chance of moving away from social assistance and housing. I think those who have greater means should be contributing more than those with greater needs. I think those on fixed incomes, regardless of age, should be given an opportunity to move out of the poverty cycle and become greater contributors to society.

People need to look at their municipal taxes and ask themselves: am I really paying too much? And governments need to be cognizant of their population and its needs and wants. They have to be aware of what the demographics are. Recently, in Happy Valley-Goose Bay this debate clambered to the forefront when a special 75 per cent tax break for seniors was eliminated, initially. Of course people were mad — they were going to be paying three times as much as they had been since becoming a senior. In the end council caved and seniors now get a 50 per cent tax break.

I understand both sides of this issue, and it’s a broader one facing the whole province. On one side we have people leaving the workforce through retirement, and then living on smaller, fixed incomes. On the other we have to maintain our communities in the face of a shrinking, aging population, compounded by young people leaving those communities. On the latter point, let me show you Goose Bay, one of the highest median and average income towns in the province. There’s a wave of retiring boomers at its shores (ditto for the rest of the province).

Town councils saw this coming and should have been phasing in equitable tax solutions years ago. Regardless, the town has to raise revenues or cut services. Which would you choose? I also have to point out that pensioners in Goose Bay don’t have, per capita, the worst fixed incomes in the province either. So the town council decided to give tax breaks based on income, not just age. There are in fact quite a number of seniors with sizable, often double, household incomes that get a tax break simply because of their age.

I’m not against lower taxes for seniors who have worked for decades to build our towns. But what happens to our services when the majority effectively have the lowest taxes? Whatever savings there are for one segment of the population are just shifted to another to pay. And there are fewer non-seniors with higher tax rates — a double whammy against their own ability to retire as comfortably. There’s no easy answer.

What does it mean for your town?

Of the 276 incorporated towns in this province, only seven have over 10,000 people. And only 15 have over 5,000 people. With 15 per cent of all provincial municipalities actually growing (or growing younger), we have a serious capacity issue looming before us. It’s easy to blame government for raising taxes, but your trash ain’t gonna walk itself through the self-plowing roads to our overstuffed landfills. It’s also easy to demand our governments collect the often vast amounts of outstanding back taxes they’re owed.

Of course they should.

They’ve tried, but often collecting those taxes would cost more than they would be worth. In many of our small villages, town managers are family, friends, or at the very least they know the individuals who owe taxes. Many times they look the other way because they know getting blood from the turnip means no vegetables for dinner in that household. But in many cases, municipalities simply don’t have the means to collect them.

Furthermore, municipalities don’t have access to the same types of personal income information, or the necessary authority to carry out equitable taxation schemes. But do you know who does have this information, and who has the capacity to evaluate a taxpayer’s means, and assess tax credits based on need?

The Canada Revenue Agency, on behalf of the provincial government.

I’m not saying we should take the power away from municipalities to set mil rates, or curtail any other taxation policy. I’m saying why not file all of your taxes at the same time, on the same form. It would be simple and easy to click a box that automatically sets your municipal tax rate to be collected. It would free up the inefficient, separate tax collection processes for our 276 municipalities, save the towns desperately needed money (reducing the need for them to increase taxes), and take the bias (and the pain) from (preventing) the collection of any future back taxes from ever poking holes in budgets again.

It would allow municipalities to set whatever income equalizing parameters they want without asking the public to share their private, personal income information with yet another level of government. It would take the onus off the taxpayer when it comes to begging for a well-deserved break. Heck, if you wanted, you could still give tax breaks to seniors (if that’s the policy of the town).

Furthermore, this modest proposal could take some of the arbitrary decision making away from the provincial government over the matter of which municipalities to fund in any given year. Gas taxes and other provincial top-ups could automatically be tied to this annual tax fund allocated to each municipality.

It’s something to think about. 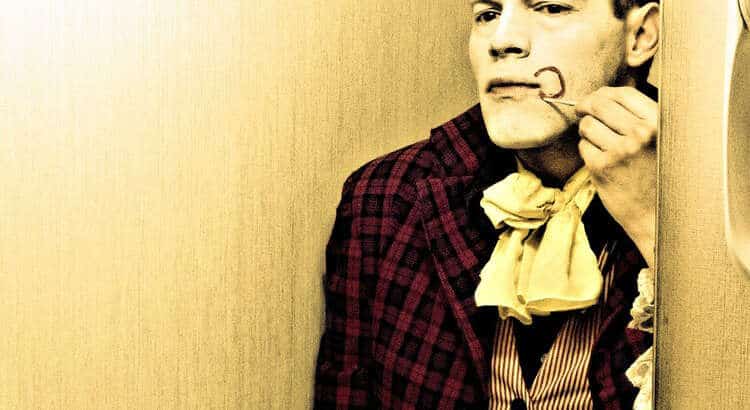 Youth are meant to be seen and heard… sometimes
Delaying the reinstatement of the Wilderness and Ecological Reserves to appoint a “youth representative” is misguided.