The system does need reforms – but not necessarily the ones proposed. Those on both sides need to start thinking sensibly, not just ideologically.

There’s been lots of speculation and political posturing going on as of late with regards to proposed changes to the Employment Insurance program and the impacts it will have on this province. This is a very sensitive topic, especially for those who rely on the system to make ends (almost) meet every year. My own family and communities rely on seasonal industries such as fisheries and tourism. I, myself, have partaken of seasonal employment and associated EI benefits. I also realize there are few options available to the average person in many of our communities than to work our single season industry (other than pulling up stakes and moving elsewhere). That’s why it makes it difficult to talk about our situation, and very risky for me to do so.

But here I go. First things first, screw you to all the people in central Canada that complain it’s a misnomer to regularly use EI and still call it an insurance program. Many people with dental insurance intend to regularly use it, and it’s still called insurance. Besides, there’s around 50 BILLION DOLLARS sitting in the EI pot right now. That aside, on to my next jab: the current changes aren’t actually so burdensome for the vast majority of fishing and tourism related industries in Labrador or Newfoundland.

So you get a few emails a day…

…rather than a few every couple of weeks, about jobs that aren’t actually available or suitable in your region. But “hey!” you say, there are new rules about having to take an available job up to an hour away from your home. For starters, this is unlikely to have an impact for the majority of our isolated communities who rely the most on EI.

Secondly, you won’t get much sympathy for the millions of people who commute an hour each way on a daily basis, and incidentally who pay the most into EI, and have the least access to it. Heck, wasn’t that long ago you might expect an hour commute to work in Goose Bay, and I’m quite certain people commute that long  from Deer Lake to Corner Brook for work, and I know people commute that long to work in St John’s, especially Belle Islanders.

Ok ok, so let’s say they find a job for you, but it’s just 70% of your previous earnings

Who cares? The maximum you can get on EI is 55% of your previous earnings. That’s not too shabby is it? A 15% raise? Now I realize that yes, it’s much nicer to stay at home with family than go to work – I know most people would rather do that. Well except those who pay for our system, who tend to be from the big cities, over there in Canada.

And again, I realize there are few options for many a hard worker out there – I’m not blaming anyone for doing what they can to support their families, in their home community. Especially considering it’s a lawful use of the EI program. But make no mistake, we are taking advantage of that system. If, for example, one claims more than $840 (or $787 or whatever the max is for the year) every year, one is taking more than one puts in. This means, in effect, we are transferring money from other provinces’ long term workers and employers to support our seasonal industries.

And we actually promote this behaviour

We have a province that actively promotes “make-work” projects to qualify for EI benefits. Let’s be clear, I’m not knocking the individual who takes advantage of all opportunities to provide for their families. But you can see why other provinces and our Conservative government in Ottawa take some issue with how the program is run for the benefit of some regions over others. In fact, count our lucky stars they haven’t gone further (yet?). Now we have a premier who’s been in the media complaining that she wasn’t consulted on the changes to EI – on a federal program! No offense, but since the Canadian government runs it, it can call the shots. But how can you blame her?

This is a Premier who also admits EI is a subsidy program for food production. In a rare moment of admission, I agree with her – not odd that I disagree with the National Post columnist. This is because I strongly believe we need to subsidize our food producing industries in this province, and indeed the country. This all hearkens back to the concept of food security (oft covered by my fellow columnist).

Our high wages, high labour standards, and our lower levels of productivity put us at a disadvantage to compete with food production globally. Take a look at the red peppers from Mexico or Israel at the grocery store sometime, in comparison to hot house ones from Canada – even friggin bags of carrots from the USA are cheaper than ones from (Canada). This is particularly so in our fisheries. I mean there’s no way we can compete with the Russians, Chinese, or even the Americans in production costs.

Particularly in terms of origin, sustainability, and quality. Currently the only program to subsidize the fishery is EI, for which, of course, farmers don’t qualify. Which means we have a patchwork system to support food production in this country. I’m not the first one to call for a separate program to subsidize seasonal workers, and why not hive some of the EI surplus to seed this new program with each province matching their own funds and managing it as well?

The whole argument to keep the current system falls completely flat when you see stories about fish plants bringing in temporary foreign workers – on the Avalon Peninsula. Our province’s highest population lives just a few hours away – and I might add has an unemployment rate of about 14%. Similar situations exist in many of our communities. There’s a Filipino community in Goose Bay filling an employment gap that should not be hard to fill considering our unemployment rates in Labrador as well.

We have just enough work from our dwindling fishery for a hard working woman or man to get enough (or almost enough plus “make work”) hours to qualify for EI. On top of that, there are few, if any, options being made available by our government(s) to promote new industries, or to diversify the ones we have to offer much of a future for the next generation. Nor are there strong enough measures in place to allow reasonable mobility for those who would choose to do so. Again please, don’t get me wrong – I am putting no blame on the individual. It’s a broken system.

But the effect can be seen in our communities’ collective drive and in the determination that marked us as strong and independent peoples. There was a time, in my home of Cartwright, when the town requested a road be built around the harbour to connect the houses to the school, store, dock, and other municipal services. The ProvGov said no. What did the townsfolk do? They friggin built it themselves. Down north in Makkovik, the town wanted an indoor rink. Did the ProvGov step up and build them one? Nope, the industrious people dismantled an old American building and moved it to town and built a rink in there.

Today, that level of do-it-yourself drive essentially amounts to young people packing it up and building other towns and cities across the country – yesteryear it was Toronto, today it’s the oil patch. And that’s what some of the current changes, and likely future changes, to EI are suspected of conspiring to achieve.

Every Province and Territory in Canada have Labour Market Agreements and Labour Market Development Agreements with the federal government. These are comprised of a series of active measures (as opposed to passive measures – like EI payments) that help out-of-work people prepare for, and enter into, the labour market. For the most part federal monies are poured into provincial coffers (in theory to be supplemented with provincial monies) in order to modernize and re-engage the workforce for local economies.

Why don’t we demand the province step up – especially with our coffers awash in oil/mining revenues (that provide few local jobs and no finished products) – and fill the perceived gap?  We should be pouring that money into infrastructure development and industry diversification. At the same time we should be pouring money into Aboriginal programs (the fastest growing labour pool in the province) – killing two birds with one stone (well I guess one bird if you count employing an unemployed person, statistically speaking)

We have the levers

Which is to say, the local knowledge of our labour markets and a temporary wad of cash to support it. What’s the hold up? Growing the public service doesn’t count as a strategy, ProvGov, sorry. We need to develop our manufacturing, and move away from sending out raw resources like a developing country. Blaming Canada gets tiring, no matter how much you might feel justified in doing it. When the GST was cut, for example, the province could have raised provincial sales taxes and collected that revenue at home, making no difference to the tax payer from one year to the next.

We could start a seasonal employee support program right here at home, give people the opportunity to work several different seasonal jobs, and grow our economy. Get people on active measures that give real incentives and opportunities to work in different industries in our own local regions.

It’s time to get our drive and determination back at the local level. It’s hard work but we need our provincial government to provide our (especially young) entrepreneurs and hard workers a chance to build our communities, not oil patch ones.

A nasty, nasty business
The use of temporary foreign workers in Bay de Verde is a problem on many levels. Our government needs to act now to ensure it… 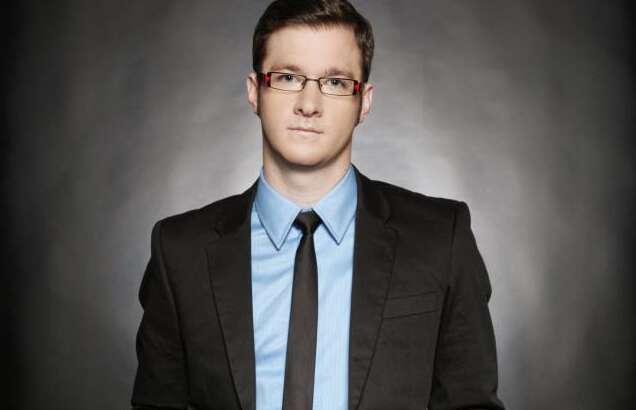