Education is a right. No matter where you live.

So you might have noticed on the news last night, and in the (social)media today that the Canadian Federation of Students (CFS) across the country and across our province, went ‘all out’ on their national day of action.  Now one might wonder why college and university students’ unions in our province would join their counterparts and brave the bitter cold to fight for lower tuition fees, grants-not-loans, and push for better education systems in our province – especially considering we have the average lowest rates in the country (except Quebec-for-Quebec-residents). For the most part it’s not just self-interest for these students: it’s about future students and our economy.

In fact, I know that the campaign is about future students, about the quality of our institutions, and more than anything it’s about accessibility of education. I believe I can speak to the intent of these student movements because I’ve been an executive member of five students’ unions at three different institutions. I sat at the core of these (and other) campaigns at the national level and at two different provincial levels.

On the surface, these campaigns are about making post-secondary education as open and accessible to as many students as possible. It’s about raising public awareness of students’ issues, and about pressuring governments to maintain and improve accessibility (the ability to afford and attend), because they’ll be more than happy to make cuts to education if people are complacent. It’s also about presenting well-researched public policy options to governments – like the debt retirement program the CFS-NL proposed in 2002.

For the wider population, there are three major benefits of having accessible education.

Under the surface (and here’s the part of these campaigns that reaches beyond student issues) making education more accessible improves our economy. There are countless reports, studies, papers, Royal Commissions that show an educated population is ready to participate in a knowledge-based economy. This isn’t about just a bunch of egg heads doing research in ivory towers. Knowledge-based economies include the resource sector too: finding efficiencies, opening new markets, and making our regional businesses and industries competitive.

The vast majority of studies demonstrate that regions with post-secondary educational institutions benefit from the knowledge and research generated therein (take a look starting at page 181 of the above Royal Commission). Here’s another one for good measure from Ontario. Local businesses, industry, charities, and civil society benefits greatly from the local, readily available knowledge generated and carried by the faculty and students that live and work in the local area. A hidden benefit of having an institution in your region is that it also brings in outside experience from Canadian and international students/instructors, bringing new perspectives to old issues.

When there’s an institution in your region/town, there are jobs associated with it. Good paying jobs. Great paying jobs in fact (in comparison to similar fields for the physical plant staff, administration, and even for the faculty). We don’t pay the highest rates in the country, and sometimes this leads to not being able to attract the best professors/instructors (that’s another issue, for another column maybe). But regardless, let’s take a look at the number of JOBS! our university campuses provide on page four of this report. That’s one full time job for every four students – not even counting the students’ union employees.

Yeah, yeah, I do know that these are paid for from the public coffers to the tune of a roughly 60% subsidy of tuition rates. Guess what? We get half of those salaries back at tax time, and the rest they spend in our communities (communities which in turn benefit as mentioned in the previous section).

We live in a rural province. As such, over two thirds of our eligible high school graduates come from rural areas. This presents an interesting challenge for providing postsecondary education for our students. Many have to leave not just their home town, but their home region to attend university. The College of the North Atlantic campuses are fairly well positioned across the province (with a few notable gaps on the coast of Labrador and some regions of Newfoundland) to provide accessible post secondary training in the trades (and even a few offer transition years to university).

This isn’t entirely unique to this province, so there happen to be a vast array of studies on the reduced accessibility for rural students across Canada. Several major factors account for lower academic success of rural students – primarily increased cost and the stress of being far from home. Page 2 from this study in Ontario shows the costs for rural students in that province. NDP MHA Dale Kirby (who also came from the student movement in Newfoundland and Labrador) co-authored this (needlessly big PDF) that compares the (average) costs for rural versus urban students. Furthermore, MUN reports on the student retention/success rates of our rural versus urban students annually (on page 6 of this report).

In fact MUN and our government recognized this decades ago

Once upon a time the MUN extension services were designed to bring the knowledge capacity of the university to outport communities, with the goal of developing new economies. But a better example of the province increasing the accessibility of, and success of our students in, postsecondary education was the creation of what is now Grenfell Campus. Originally designed to be a small, two-year transition campus for MUN, it is now a multi-degree-granting, mostly-autonomous university.

For those of you wondering where my usual Labrador spin will come into play, it should have been increasingly apparent. There are no more rurally situated students in this province than those from Labrador. I would make the argument that there is no other region of the province that is on the cusp of so many economic development opportunities in this province than Labrador.

While on the Grenfell College (Campus) Students’ Union, I attended many university functions and events. At one such event, the then-president of MUN, Axel Meisen, told me that two-thirds of university eligible high school graduates on the Avalon attended MUN. He then, perplexed, asked me why over two-thirds of eligible Labrador students did NOT attend MUN. I gave similar arguments as I presented above regarding rural students (considering how much more rural we are on the mainland).

I also told him that since we are moving away from our homeland to go to university, what’s the difference if we go to the island or another province? Sure, tuition is higher in other provinces, but let me tell you that when you take into account airfare and living expenses, tuition rates are a drop in the bucket.

If you build it, they will come

So that’s why, in 2003, when funds were promised for a Central Newfoundland University Committee (I think that’s the title) I was a little irate. I have nothing against the concept of creating another campus of MUN to increase accessibility (as should be apparent by this column) on the island. I was irate because students in central Newfoundland are little more than 4 hours drive to two universities – Labradorians do not have the same level of access. The point is moot I suppose, since the PC’s nixed the idea (near the bottom).

Long story short, I have always lobbied to expand the Labrador Institute’s role in providing postsecondary education in Labrador. Currently there are a limited number of transition, or first year, courses that one can take in Labrador (at CNA). But this ignores the vast potential for northern research opportunities, not to mention the above outlined benefits of knowledge/economic development.

There are so many opportunities to branch out into new fields and draw new droves of students to our province by offering studies in anthropology, Aboriginal/northern studies, languages, ethno/logy/graphy/botany, geology, geography, and so on, that can only truly be appreciated by studying in situ. There are only a handful of universities in this country – even the world – that have campuses in the environment where the research actually happens. I happen to think that the Labrador Institute and CNA are missing a golden opportunity to improve Labrador(ians), and our province. 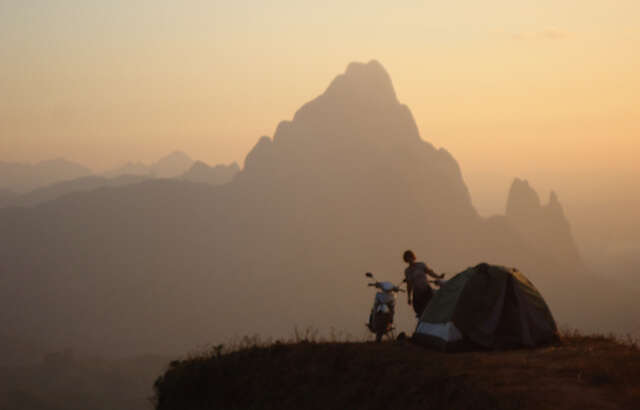