The CBC has apologized for its problematic coverage of Innu communities. But that’s only the tip of the iceberg.

Of course I’m going to talk about the recent media coverage of what’s going on in Labrador’s Innu communities. I say recent coverage, because there’s real problems in Natuashish and Sheshatshiu – although they have been rectifying a lot of those problems. Mind you we don’t want the media to be just focusing on the negative all the time either, but why not focus on some of the positive once in a while? Heck, I’ll even admit my last column generated more interest than some of my other columns that focused on “perceived inequalities”. There are good news stories! But for some sick reason we want to consume the negative. Maybe it makes us feel better about ourselves and our own problems.

I absolutely agree that we need to have a public discourse on what to do with our social woes. It’s something we need to be talking about as a society because placing the blame on the victims of society’s ills is an unfair and unproductive approach to solving a problem. Dumping on the Innu from St John’s, making ill-informed comments without having the first hand experience, or clicking on Google is not going to bring about meaningful conversations. Yes, of course I’m talking about the CBC article that was later apologised for, but not removed.

Not much can actually be pointed to that’s racist per se, except this: “Perhaps that’s why they present themselves the way they do. Expressionless, silent, brooding, uncommunicative. It comes across as menacing and arrogant, but it’s just the way they are. It’s not the way we are. It’s just the way they are.” When you think of Innu, if the negative comes to mind for all of them, you’ve got a prejudice too. Excuu-uuse them for calling racism all the time – it’s probably because it’s a lived feeling of constant prejudice.

The rest of the (still warm) article names the problem. And all social theory suggests that we do actually need to name the problem. Prejudiced piece? Yes. Totally ill-informed piece? Yes. I’m not suggesting there is never room for criticism of any government or any problem but there are better ways of doing it. Besides, there are hundreds of people working hard to make real positive difference. I’m not going to, nor can I, nor ever will I, speak for the Innu. They can defend themselves just fine. The difference is, I want to work with them. To stand with them.

But the article did come from a racist place. For one, the author wrote about the problem using the wrong lens, without much in the way of facts, and willingly spread “generalizations, stereotypes and any degrading or offensive words or images that could feed prejudice or expose people to hatred or contempt” (to use the wording in CBC’s apology). But it’s not just the author who got it magically spread to the world using the CBC banner of ‘impartiality’ and ‘fairness’. There were editors, producers and a whole range of people that had to approve the messaging as well.

When I pound out my crude little strings of words here, I have at least two editors review it for legally scary, prejudiced, unsourced junk. I might be wrong, but I think the CBC has more resources dedicated to making sure that not all news stories are sourced from the A&W across the road. So I’ll make my own generalization: there’s an undercurrent of wrong-thinking not only in the CBC, but in the province generally, and it’s expressed in news articles and the media.

Media personalities are constantly injecting their own personal view point into the formal media all the time. Flick on the evening news, peel off your own Newfoundland-and-Labrador education/cultural upbringing and see if you can analyze how news is presented in this province. Rural issues are presented as silly nostalgia, Labrador regional identity is dismissed outright. You can almost hear the invisible quotation marks around commentary surrounding real problems, as if everyone should just be homogenised with the culture of the Avalon (which I imagine must be the one ‘true’ way to be a Newfoundlander or Labradorian).

The article seemed to declare that the tax payers footed $200 million dollars to fix the gas sniffing problem in Davis Inlet. This ignores a vast swath of other issues, which I’ll touch on briefly. Firstly, $200 million divided by the 700 or so people that were moved comes to about $285,000 a person. Sounds rich eh?

Because guess what? The government of this province is offering plenty of individuals $270,000 dollars TODAY. This is money for moving [non-Innu] people out of [non-Innu] small communities to larger communities. Yeah, I know there’s a bit of difference in today’s dollar versus ten years ago – but the government has realized that offering $100,000 wasn’t enough to gut the little fishing outports.

Furthermore, when we the taxpayers foot the bill to move a community, they all go to an existing community, one with schools, clinics/hospitals, fire departments, police stations, community centres, stores, existing community development plans, and so forth. In other words, the entire infrastructure needed to support a community. I think the Innu move was a bargain at $200 million because ALL of those things were built right into the cost.

As for the taxpayers footing the bill, let me reiterate something: we taxpayers make our taxes on Aboriginal lands. In the case of the Innu, this refers to unceded, untreatied, illegally occupied lands. How much comes out of Voisey’s Bay (just around the corner) EVERY year? I looked it up for y’all once, but suffice it to say, enough mineral revenue comes out to build a new Natuashish every friggin’ year. You can’t get anymore in their backyard than that. And, yeah, an Impact Benefits Agreement was made with the Innu for that, which the province isn’t paying out to the Innu anymore by the way.

This is money that helps the Innu, not the taxpayers, pay for their own government services. Get it?

Secondly, does anyone actually remember what Davis Inlet was like? Ignore the self-inflicted damage for a second, and remember that we – society – put them there. Settled them there. In shacks, essentially. We ignored their growing problems, ones that we as a society foisted upon them: missionaries and residential schools. The Mushuau and Sheshatshiu Innu were desperately trying to be classed as reserves.

TRYING TO GET UP TO THE GLORIOUS STANDARDS OF A RESERVE!

I don’t know if you noticed, but there are many many many First Nations trying desperately to get out from under the Indian Act. For on-reserve First Nations, Indian Affairs is essentially a government run by an appointed Minister. That department runs every aspect of municipal and provincial type governance. It’s unelected and unaccountable by the people whose lives are directly being affected managed. Hey Mister CBC-man, you want to know about band governance costs? Here you go: two seconds of Google-search gave me this.

You wouldn’t want that sort of a government (we would call that a commission of government in this province). If you think it’s all free skidoos and pick-up trucks, if you think it’s so friggin’ glorious, go on – go live there and raise your kids there and bask in it. Yeah, there’s garbage and machine parts in people’s yards. But I challenge you to tell me that a large number of communities in Labrador and Newfoundland not all that many years ago looked just like Natuashish and Sheshatshiu. At least as reserves they can sometimes enforce bylaws. Unless the police don’t want to enforce them.

Yeah, there are real problems

Like in the CBC article, people regularly say off hand that we should march in there and take those kids and put them into care. I don’t know if you remember history so well, but we’ve done that in this country. And it made the problem much, much worse. In fact, in many communities that is what got the cycles of you-name-it abuses started. In recent history, we did take kids out of these communities and flew them to St John’s and Goose Bay. We started treatment plans. We HAD to do something, because poor ol’ Canada was getting a black eye internationally – back in the glory days when Canada was still the number one place to live! But we didn’t do anything before Canada got ‘red-faced’ on the world stage.

I not only remember this story, but I worked with some of those kids. Children. That’s what they were: children who needed care. I didn’t agree with the approach, per se, of removal. But they got care.

I damn well remember the day they shut the program down too.

I remember someone (not saying any names) coming in and announcing that (let me paraphrase): the media are gone, the Innu aren’t news any more, this program is over.

My lingering questions: Did we heal them all? Did the program go to its just and appropriate conclusion? Did the province step in to fill the void?

There is no magic bullet for complex social problems. There are problems in all of our communities. Economic development helps alleviate some of it. Healing programs, addictions treatment, love, community spirit and recreation and you-name-it all help alleviate some of it.

But I guaran-frickin’-tee you that doing nothing is going to cost society more money (if you’re heartless) and more guilt and embarrassment. When we do nothing, when we BLAME the Innu for their own problems, when we blame them for not having the internal leadership or ability to fix it – then, my friends, we truly are responsible for the situation.

I agree that doing the same thing over and over makes no sense. But as far as I can see, the only thing we did as a society over and over is ignore the problem. We developed the resources of people who were under the thumb of the provincial government, we threw a bit of cash around, temporarily, and then we blamed them for their own problems.

If we believe they truly can’t do it themselves, we’re bound by our own Western social democratic values to help.

I have every confidence that the Innu are on the cusp of their own modern glory days. They hold a lot of keys to a lot of resources, and we might as well work with them now, because I guarantee they remember their history with us better than we remember ours with them. I for one would like to see us start to talk about our shared history in a positive, collaborative, and unified way. We’re going to try that in Labrador, and I’d like you to come along for the ride.

Believe me, they own their problems. But we all own the solution, and we will all reap the rewards. Besides, it’s the right thing to do. 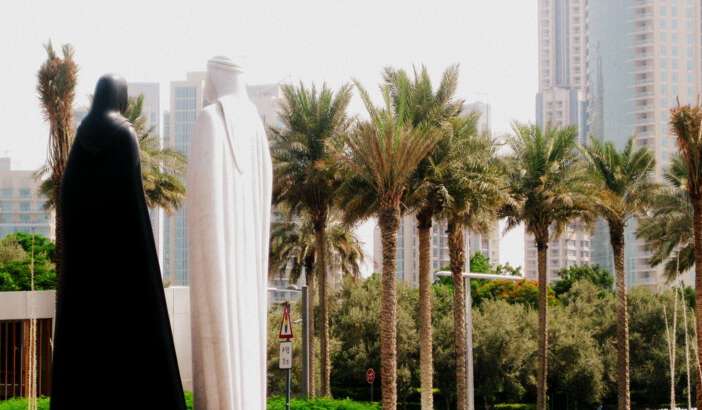