The natives are restless. They’re tired of being owned at your game and it sounds like they’re ready to play their own again.

Labrador separatism is on the rise again.

Yes, you might think it’s foolish: we’re all the same province, Labradorians should get with the program, we’re all the same anyway, and so on and so forth. I’ll address that in a little bit. But first let me give you a little lay of the land. Check out this graph of Newfoundland (and Labrador) elections. It shows the ebbs’n’floes (well one of each really) of which party is in power, and more importantly the end of each party in government. Politically active Labrador separatist activities have always peaked at the end of each party’s life in power.

This happens for several reasons

First reason is that Labrador has always had an infrastructure deficit. Simply put, Labrador gets less than its fair share of what leaves Labrador. On top of that, as I’ve pointed out before, Labrador even gets less than its provincial share of the spending on a per capita basis. The oil money didn’t wash ashore in Labrador.

Secondly, Labradorians never benefit from the developments in their backyards as much as they should. Currently, about 20% of the workforce at Muskrat Falls is comprised of Labradorians. Labradorians receive an even lower percentage of the hours and are generally in the lowest paid positions (cooks, janitors, etc.). It’s not for a lack of skilled workers or local companies who could do the work – it’s simply that outsiders are turning out to be the primary beneficiaries, despite what we’ve been told. And guess what: this has held true for Voisey’s Bay, Labrador West mines, Churchill Falls, and even our own fishery in the past.

So excuse us if we’re a bit cynical

Thirdly, Labradorians are different. In fact there are four major groups of different (Inuit, Inuit-Metis, Innu, and settlers – of which there are subsets). Yes, we have a small population. Yes, we’re similar in our maritime culture to Newfoundland – and Cape Breton, Nova Scotia, Maine, New Brunswick, and Atlantic Quebec even. So when we’re told, as we often are, to just ‘get with the program’, that we’re all the same province, and that it’s OUR problem that we perpetuate our silly nationalistic rhetoric, we get a little annoyed.

I can’t believe I’m defending Ryan Cleary from Paddy Daly (one who also dismissed Labrador nationalism on the campaign hustings in the last by-election) but Labrador isn’t simply a different latitude of the same ole thin, in much the same way that Newfoundland isn’t simply a different latitude from Nova Scotia, or the same old thing. Or South Sudan from the North, or Bosnia from Herzegovina or any of the Balkan states and Mother Russia. Or Tibet. 1927 was an arbitrary decision that could have landed a different way, just like it did for the Newfoundlanders along the Lower North Shore of Quebec.

Yes, same province. No, not same culture or history. And no we shouldn’t have to give up anything just because Newfoundland’s population is bigger than ours. Accept us for our distinctness, or accept that we’re going to get a little pissy.

Smart (shrewd?) politicians in the past have learned that our minute portion of the province can make a big friggin’ stink, and even threaten Newfoundland’s megaprojects’ success. Frank Moores quelled the growing manifestations of nationalism (it’s always there, just manifests rarely because we are a meeker, quieter, and disgustingly more optimistic version of our island counterparts) and got the separatist New Labrador Party (led mostly by Newfoundlanders who had recently moved to Labrador, by the way) to go away by launching the Royal Commission on Labrador.

It drew attention to the “adverse effects of colonialism, absentee representation and badly structured Government agencies,” noting “the generally shabby presence of Government in some parts of Labrador and the lack of presence in other places” (Government of Newfoundland and Labrador 1974: 106). It bought the government a whole lot of time to keep saying “we’re workin’ on it…” and enabled them to go after federal money to pay for it, to boot.

…have bailed out other governments as the years went on, and as governments changed this culminated in the Royal Commission on Renewing and Strengthening our Place in Canada, which again showed the rise in Labrador nationalist sentiments, and again fueled another Labrador Party (yes, we can be nationalistic without necessarily being separatist). Danny Williams came into leadership, taking strong note of Labradorians’ complaints: “Our fourth domestic priority is uniting our province. It’s high time that Labradorians, instead of feeling like someone else’s treasure trove, started feeling like an integral part of our province. We cannot expect fair treatment from Ottawa if we don’t practice what we preach.”

Then government promptly did an about-face, cut funding and attacked any group that opposed it. And it came up with its own Northern Strategic plan, which outlines Labradorians’ desires and a road map to solve them, and again chased federal money to pay for it – sounds like a repeat of each government’s approach to Labrador in the past. Hell, why not? It’s worked every time so far. It shut Labrador up for a few terms of office.

Which kind of leads to the fourth reason

Political arrogance. It happens to every party that holds on to government for two or more terms. You couldn’t get any more arrogant than Smallwood. But you’d think politicians would learn something from the past: if you want to hold onto power, and if you want to endear yourselves to the history books then maybe you should live up to your political commitments (er, election promises…or whatever you call them). And just maybe you shouldn’t piss off everyone.

Maybe you should learn something while in office, and try to better yourself instead of returning to your base assumptions on how things are. Yeah, I’m essentially talking about the Premier’s comment that Newfoundland owns Labrador.

Because obviously one doesn’t say that one owns an integral part of themselves. One doesn’t dispute with others that one owns one’s own arm. One disputes who owns the beer in the fridge. An object. Just think about it this way: would Newfoundlanders be a little edgy about the Prime Minister saying Canada owns Newfoundland? Or hey, maybe she just meant “we own Labrador” as in we ‘all’ do – Newfoundlanders and Labradorians together own Labrador. Sorry Paddy, one can say Labrador is part of Newfoundland and Labrador – not Quebec.

Here’s a list I came up with – feel free to comment below to add any additional ones:

Sir John Simon – “that part only of Labrador belongs to Newfoundland and the rest to Canada.”

Joseph Smallwood – “Newfoundland owns Labrador now, and Newfoundland would still own Labrador if she wanted it.” (suggesting he could sell us)

Premier Lesage of Quebec – Doesn’t like the border, so suggests a land swap with Newfoundland so Quebec can develop hydro on the disputed zone, recognizing they don’t believe it’s theirs.

Don Jamieson (Liberal leader during the time of Progressive Conservative premier Frank Moores) – On the question of who owns Labrador: “any agreement between Ottawa and Newfoundland over offshore rights must give Newfoundland ‘ownership in perpetuity’.” It’s worthwhile to note Rene Levesque agrees that unilaterally taking Labrador is dreaming in Technicolor – rather they’d challenge the decisions in court. Meanwhile John Crosby and the Newfoundland Republican Army (presumably) will defend Labrador with hockey sticks.

Brian Peckford  – “There will never be a confrontation over who owns Labrador”…”they concede that we own Labrador” – interesting side story about Labrador separatists in that story too.

Danny Williams – “We have the deed to Labrador, but we don’t have the heart and soul of its residents.” in-Deed!

John Hickey (minister) – “Quebec does not own Labrador, we own Labrador. We are going to develop the resources in Labrador for the benefit of all of this Province.”

Iit’s possible Hickey meant we all own the landmass and not the people. Maybe, maybe not. He also went on to lay out his vision, as Minister, for Labrador, which included power lines from Muskrat Falls to the northern and southern coasts, roads to the northern coast and so on. Funny read.

You know what I found when I spent the same amount of time researching Quebec politicians who claimed ownership of Labrador?

I found some raving members of the public, and a few also-rans, but guess what? I bet I can find more raving individuals here in this province who claim the same. Feel free to correct me in the comments below, I’d like a dialogue about who owns me some more. Mostly it’s comments about making a legal challenge (which they have a right to do, by the way) to the borders, or in some cases how they’d like to liberate Labrador from Terre-Neuve – but Henri Dorion (google it) settled the debate in Quebec once and for all.

Sounds like we’ve got a case of paranoia about Labrador on the island – like you won the deed lottery to the land but have no idea how to handle the natives. First idea was to sell us off to pay down your railroad-aspiring debt. Second idea was to megaproject us to death and hope that the gristle we get back will sate our starved bellies.

We can make this province work, as a duality. Or as Smallwood said, if you’re daring enough you can colonize us and that will drown our voices out.

Sorry to tell you, the natives are restless. They’re tired of being owned at your game and it sounds like they’re ready to play their own again.

Newfoundland can be thankful it is surrounded by water (note 2:22). We have our own Harry Martin – a Land Called Labrador.

Media watchdog says CBC at risk of being turned into a ‘state broadcaster’
With its back to the wall, will Canada's public broadcaster stand up to a government that is tightening its grip on the network's freedom? Or… 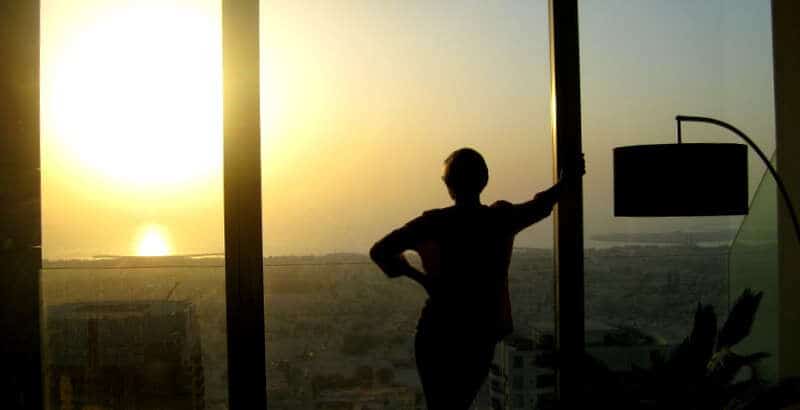 Work vs. Life
Achieving balance is a struggle for many of us, but it's a particularly acute challenge for teachers.