Would you bother doing business with a government that shows it can’t be trusted?

Happy Guy Fawkes and a solemn Remembrance Day to you all. I sat down to write about the NDP’s poorly engineered chaos several times in the past couple weeks. Got so far as a conspiracy theory about diverting attention away from the Liberal leadership race, which is affecting the NDP polling numbers, but I just couldn’t do it. I try to write about provincial issues, with a Labrador perspective. Or rather, Labrador issues that just aren’t getting the conversation time I feel they should. My problem has always been that I want to reach a wider audience with these topics, and I don’t want to pigeonhole myself as ‘that guy that writes about Aboriginal issues’ all the time. The number of hits my more general columns receive reflects that.

But with about half of Labrador’s population, it’s really, really hard to avoid talking Aboriginal issues. So that’s as much of a disclaimer as you’re getting this time. You see, Aboriginal issues are pretty important to talk about. They have greater implications that go beyond the social and cultural dynamics which are always at play on the surface. Often they have major impacts on economic development for the entire province.

…the Supreme Court of Newfoundland and Labrador “Justice Gillian Butler ruled the province has unreasonably delayed required consultation with the Nunatsiavut Government for implementing a land use plan. That plan would cover 76,520 square kilometres addressed in the agreement made in 2004.”

As a heads-up, I’ll soon get to why this has broader implications for the rest of the province and its economic development.

Basically, as part of the Labrador Inuit Association Land Claims Agreement (which is constitutionally protected and legislated by parliaments in Canada and Newfoundland), the two governments set up a Regional Planning Authority. This authority has members appointed by both the Newfoundland and Labrador and Nunatsiavut governments and they bang out the details of what will and won’t be developed on the Labrador Inuit Settlement Area (jointly managed lands outside the modern treaty lands wholly owned by the Inuit). In short, this is meant to:

• guide the use of land, water and natural resources; and

Here’s how it went down

As a government, Nunatsiavut works to encourage social, cultural, and economic development for its people. Just like any other government. Just like we WANT them to do on their lands, so they can become strong economic contributors to the broader society (yes, Inuit pay taxes and don’t get free skidoos). We make modern treaties so the rest of society can benefit from the certainty of knowing who is allowed to develop lands outside the claim area. Like, say, oh I dunno, Voisey’s Bay (which makes the Government of Newfoundland and Labrador, on average, a cool quarter billion dollars a year). I wrote about why we do treaties in a previous column.

After five years of work, a plan was submitted by the representatives of both parties to the provincial government for approval in July 2012. This is approval that Nunatsiavut needs in order to commence any projects they want to go forward with. But NOPE, it seems the provincial government wants to carve out a section of the plan to allow for the development of the Iron Strand: a stretch of coastline that has over a million tonnes of garnet they want developed. Nunatsiavut, on the other hand, wants it protected from development as important hunting and fishing areas. Imagine how this Newfoundland Labrador ad would look?

What did the province do to resolve this loggerhead?

The provincial government didn’t even bother to tell Nunatsiavut that they hired their own guy to draft up a new plan that agreed with the province’s development strategy. What’s the point of having department(s) of Labrador and/or Aboriginal Affairs?

Why should anyone care?

Well for one, economic development in rural areas, in Labrador, and especially in rural Labrador is desperately needed. I’m not going to get into the details of public misconceptions about Aboriginal-communities-and-your-tax-dollars argument. BUT! Social underdevelopment does cost society. No they don’t get free pickups, and yes, it’s expensive to live in northern regions. So the short version is, let Nunatsiavut do its own development and then ‘your-hard-earned-tax-dollars’ won’t have to do it for them. (The ‘tax dollars’ bit is a bunk argument, as I’ve said before, but you get the idea.)

Secondly, would you want to continue dealing with a government that apparently does not want to live up to an agreement it signed off on? I once talked about the costs of not living up to the Impact Benefit Agreements with Aboriginal governments in Labrador. But this goes much deeper. If you were an oil company, or say another provincial government (think Churchill Falls or the Maritime Link), would you feel comfortable signing a deal, even a legislated one, with a government that has demonstrated a willingness to ignore it when it no longer suits their interests?

I s’pose in this case if you wanted to dig up some garnet you’d feel grateful, but that’s beside the point

It’s not good business. It’s dishonest, disingenuous, and it shows no respect for the Honour of the Crown. We might as well live in a developing country (and I guess in many ways we really do).

Even if we weren’t dealing with an Aboriginal government here, you have to admit that the way this has been handled doesn’t even demonstrate any respect for the local populace. How would the people of Corner Brook feel if the City Council rejected mining in their watershed as part of their land use plan, and then the provincial government stepped in and said: “Nah, actually let’s dig ‘er up b’ys, and to hell with your local government!”

Government needs to get back to its job of listening to what local people want, and defending local people’s interests when it comes to development. Not the other way around.

St. John’s: City of Hotels
I'm all for development. And that means an end to these foolish downtown hotels. 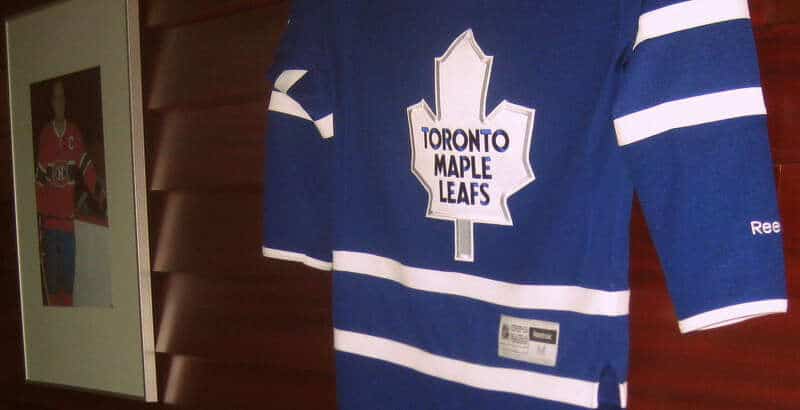 Oh…Canada?
What does it mean to be Canadian when you're living abroad?