No signal. No safety.

Increasing safety on the Trans Labrador Highway is a crucial issue

I’d like to ask you a quick, uncomplicated question. What would you do if you were driving down the highway and something happened to you? Let’s say you get a flat (and you’ve already used your spare tire), run out of gas in a storm, or worse you drive off the road or get in some other kind of accident. What are the steps you would take to ensure you get to safety, or get back on the road?

Our first thought would be to grab the ubiquitous cell and call for help, right? Except in the case that one might not have one on hand or there are no local emergency services (including family or friends). In this rare case on the island, one might simply go to the side of the highway and flag down help.

Now imagine neither of these options available to you

Welcome to the Trans Labrador Highway: the road where something as simple as getting stuck or having a minor break down could be crossing the fine line between life and death. I usually insert lots of links to back up my case, but for the TLH it’s simply a matter of googling to see the host of tragedies, or near tragedies that simply wouldn’t have been as desperate or life threatening on even the remotest of Newfoundland roads.

Okay, just one example. There was the case of a family that ran out of gas in a snow storm on the southern portion of the TLH. While not injured, the family were unable to call for help or flag down any other people on the road since weather conditions can degrade so quickly and there were no others traveling that day. In just a few hours the people in the car were completely covered in feet of snow, surviving only by using their MacGyver like-skills to poke a breathing hole to the surface and huddling until the storm passed and they were ultimately rescued.

Yes, I recognize these situations can happen anywhere

But the odds of bad things going to worse increase significantly as you move to rural regions with fewer safety backups. In reverse logic, this is why we don’t have search and rescue resources in populous Canada. This is also why the provincial government has invested (tens! of thousands!) to purchase 80 satellite phones that travelers can sign out at different ends of the TLH. While I think this is a great interim solution to protecting the travelers on the road, I would hardly suggest it goes far enough or takes into account any long term solution for Labradorians.

Take, for example, the simple fact that satellite phones are not available in every community, to be dropped off at any community, thus making safety available to those traveling from end to end. Let’s also consider that tourists, truckers, and others coming from outside the province may not actually know about this program, exposing them to undue risk. And here comes the kicker.

On average there are 180-220 vehicles on the Trans Labrador Highway at any given time.

This number is expected to grow, albeit slowly. This report from the auditor general outlines the volume of traffic as well as the actual number of sat phones available for those people. So if you were paying attention, there aren’t enough phones available for all the cars on the road at any given time. If the phones happened to be in all the communities where people are traveling from. And if those people knew about them. And if they stopped going missing.

Yes, I realize people have to take a certain amount of personal responsibility for when they travel. The weather and road conditions tend to be underestimated as well. But let’s not forget, the TLH isn’t a privilege for Labrador communities – it’s our life line. Most communities connected to the TLH have had air and marine service eliminated.

In fact this was the plan all along

The federal government handed over all of the marine equipment, ferries, and services for Labrador (along with a cool third of a billion dollars) in the late 1990’s. The catch was the the province would henceforth provide marine services and construct the TLH. To be fair to the province, the funds ran out while completing Phase I (Labrador City to Goose Bay) and Phase II (Cartwright to Red Bay). The impetus for the provincial government to build Phase III (Goose Bay to Cartwright Junction) wasn’t as generous as they would have you believe since the Sir Robert Bond ferry was already outdated when it started in Labrador (never mind its state today) – and these things aren’t cheap to build!

So suffice it to say the TLH has been mostly paid for by the feds. As well, the ferry service has been cut to central Labrador (which is practical and beneficial). The major drawback is that it has become significantly more dangerous for people to travel and deliver goods than with the ferry system.

How do we make it safer?

My last ask from the provincial government is to not hold back in investing in the infrastructure in Labrador with the upcoming budget. I would propose investing in extending the cellular network along the TLH. I recognize that there’s a limited population that would be serviced in the communities, and as noted before on the road. But there is precedent for the provincial government investing in phone companies that would not have otherwise entered our “limited market”

This isn’t the first time this idea was floated. I’ve raised it before, and the NunatuKavut Development corporation put a proposal in last year to do it. While I find it commendable (and good business) for local Aboriginal governments to own local problems, and to profit from finding solutions, I feel the provincial government has a role to play to ensure a fullsome investment is made in a comprehensive market.

How much does a cellular network cost?

As usual I’ve done some digging around for the answers. While this one has been a little more difficult considering the proprietary/competitive nature of telecommunications. HOWEVER, I did dig up some blogs and query sites as well as the trusty Google answers that all peg the cost at $250,000 per cell tower. This news article from Nigeria confirms this cost. All of these articles note that this cost per cell site includes about $150-$200k per site to build the tower and power supply itself.

Considering these towers have to be built approximately 50-60km apart, I was reminded of an article I saw. This article – presented by Bell Aliant – shows us that the expensive part of the infrastructure is almost entirely in place already along the TLH page 4.

So what’s my price tag estimate?

From Labrador City to Goose Bay, and Cartwright to L’anse au Claire there are an existing 15 towers to tack the cell equipment to at (roughly 75k) each = $1.125 million. In order to support this network, Goose Bay to Cartwright would need an additional 5 towers at $250k each = $1.25 million.

Heck, while we’re at it, why not extend the service up the microwave tower circuit to the north coast for increased safety capacity at 7 towers that would bring the total to under $3 million to have all of Labrador on a cell network.

Additional benefits of expanding cell technology into rural communities is the increased ability to attract tourists, increase efficiency-business, and expand economic development opportunities. We’re not talking about an added convenience for travelers to text their friends while on the road: we’d be increasing safety and piece of mind. We’d be treating all the citizens in the province equally.

It’s just a matter of time before someone dies on that road, when all they needed was a chance to call for help. 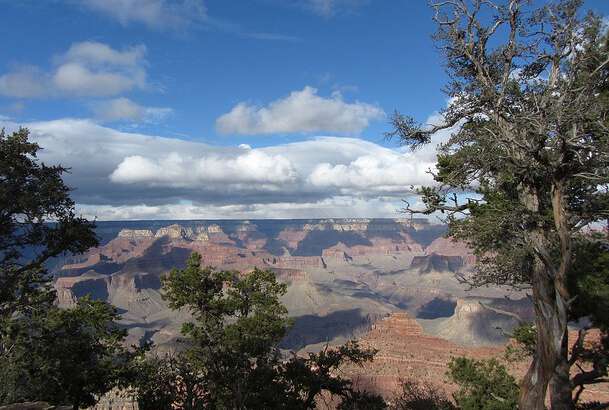 The evil neighbour
Traveling across the US provokes some reflection