They manipulate the polls. You always knew it. You let them.

I’m not even gonna beat around the bush with my typical ball of yarn intro. I’m going to have my turn with the stick at the bloody mess that used to be a dead horse. I want to talk about the recent revelations surrounding the provincial Conservatives’ poll goosing/juicing. Yeah, yeah, I know you’re probably saying, “Come on b’y, this is old news. Why should I read another piece on these stupid poll riggings?”

I mean, this has been covered over the years by bloggers and news outlets. Heck, even the academics have had a good look at Newfoundland’s obsession with talk radio conversations and the politicians’ even more intense obsession with controlling them. But nobody really got into laying the blame at the feet of the right people, none I could find who would dare say it anyway.

According to this peer reviewed, gem of an academic paper: “Newfoundlanders listen to more talk radio than any other provincial group of Canadians. Statistics Canada (2007) has reported that talk radio captures almost 30 percent of the province’s radio audience.” What’s more, VOCM’s ratings “tend to increase when talk radio pro­grammes are on air. Fully 45.7 percent of adult listeners, or 126,000 people, tune in to Open Line (9 a.m. to 11:30 a.m. weekdays).”

Wow, right? Further, the article’s authors, MUN political scientist Alex Marland and former faculty member Matthew Kerby, say during their research they “sensed a considerable degree of sensitivity con­cerning the governing party’s efforts to control its public image on talk radio; we also detected a fair bit of frustration at the medium’s perceived importance at the government level.” It’s not hard to see why, despite the occasional ludicrousness of the callers, this is a massive, free, and easy market to control.

It’s not new, it’s not unique

Have a look at page 1006: “The current level” of coordinated government call-in control is said to have started in earnest in this province with Brian Tobin’s government. We all know that the Liberals, NDP, PC, and yes even the ole Labrador Party did it. Advocacy groups, Aboriginal groups, disability support groups and so on too. You try to stack the lines, write letters to the editor, encourage participation in online polls and social media the heck outta your cause – usually in bursts.

I think it’s great, actually – a true form and function of democrazy (sic) is public participation in the process. It’s also up to the individuals out there to filter out some of the biases inherent in mass messaging while ensuring they remain receptive to the message.

One of my homeboy bloggers explained the poll “juicing” with some rudimentary statistical analysis in 2009 (neat little graph too), which harkened back to another prod at the issue in 2008, and two others in 2007). Both of these showed beyond a doubt that government actors were involved in attempting to control the appearance of government support. One of my other occasionally-favourite cranky bloggers also looked into the issue and pointed out that government supposedly “gooses” public opinion polls too.

You get my point.

It even made The Telegram in 2010, following the release of Marland and Kerby’s paper, and was mentioned by Ed Hollett at the time (no surprise – he was cited in it!). Hell, I bet we couldn’t find a single (credible) person out there in the former Republic of Dannystan who doesn’t know in their heart of hearts that government coordinates efforts to create an illusion of greater support.

Media outlets who have these silly, unscientific “polls” know they’re being goosed. If they bothered to look at the IP addresses (I’m sure they do), they (would) know where the multiple votes are coming from. What’s worse: they pander to it. Plenty of news websites out there know how to lock this junk behaviour down, whether it means having “voters” log in through Facebook or Twitter, register an email address, or tracking IPs – anything more difficult or time-consuming than simply clearing your cache and voting again.

This time the vote riggers got caught, and there’s evidence. Someone actually dug something up! And not just the kind of evidence we might expect (that they coordinate poll voting or stack open line to “get the message out”). No, they got caught instructing others to manipulate the polls by voting many times.

Is it because we’re accustomed to our politicians and political parties’ corruption that we believe they’re “tough” or courageous to “say-it-like-it-is”? (Whatever that foolishness means).

The broad conclusion of the academic piece and the bloggers? Polls and call-in show support doesn’t neccessarily have an impact on public policy or on broad public support. Government is gonna do what government is gonna do, regardless of what you think. They just want a public show of force to keep everyone in line. Bullies need an audience because the audience is who is being bullied, really. “There’s no story here,” and you’re a damn fool if you think there is…

Come on. We can do better.

Do we really accept that our province is nothing more than the big school yard of life? Where a little disagreement over policy gets you tossed, not just from cabinet but from caucus. Where those who dissent are called traitors. Where childish belittling, name calling, and other such mumbo jumbo are not just occasional slips but generally acceptable modes of conduct.

The residents of this province, as I’ve said before, are not just complacent in this behaviour – we are complicit. Because by da lard jumpin’, if our illustrious leader says if we’re foolish enough to bite the hand that feeds us $66 Million of election pavement, then go on ahead and vote for that “Eddiot”. And we do it. ‘Cause soon as the school yard bully was gone, most of us went on back out and voted the “Eddiot” back in.

There’s so many examples, and like I’ve said before the bloggers are faster and sharper to the keys than my bi-weekly column.

But it’s US that allows this foolishness to go on.

At least not to such a fulsome and foolish extent as ours. We love the theatrics, I suppose, or believe in the ‘eye for and eye’ principle so much we can’t live without the drama. I would hazard a guess that the best of our potential leaders probably aren’t interested in being hung out to dry, unsupported, after we send them off to the schoolyard bullies for a beating on our behalf. We forfeit our democracy when we don’t stand up and demand better from our politicians. We make it worse when we elect the loudest of the loudmouths, who simply got the nomination for the party flavour of the day (i.e. how many of them wore pink yesterday?).

We forfeit our democracy when we don’t stand up and demand better from our politicians.

Everyone looks to a great new Moses to lead the Liberals/NDP/PCs (and even the Labrador Party) to vanquish the old glorious Moses, who didn’t work out so well. Only the public can allow a suzerain to control them though. And to be fair, there are parts of the province that have been cowed as well – by other parts of the province – and they won’t put up with that for so long again, I guarantee. (At least until the next Royal Commission on Labrador comes along I suppose).

It may be true that p  people will almost always try to get away with whatever they think society will let them get away with. I guarantee one thing though: we wouldn’t see so much foolishness if everyone just spoke up against it. The media wouldn’t be so lazy. And the politicians could not possibly control that kind of poll. 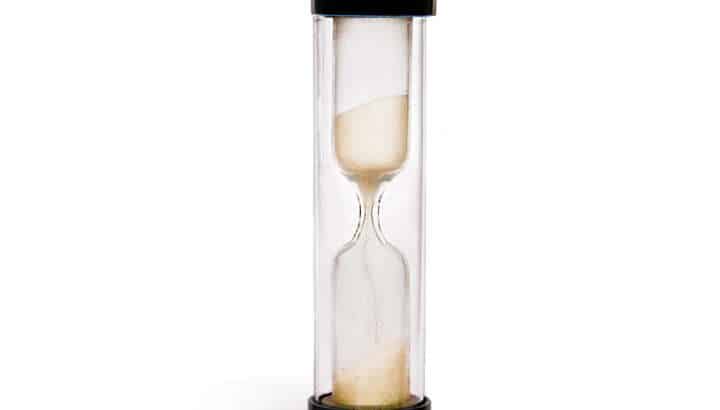 Things I have learned from an hourglass
Some meditations on time and memory: a starting point and compass for the coming year-long journey.

The Great Escape
Whether we want, have or need to, at some point in time many of us leave this place we call home. Sometimes we may grow…