Brandon has a few insights into the Quebec election, how it could have been different, and the lessons we can learn from Quebec (and other mature democracies)

So it’s not but a day and a half from the big election night in Quebec, and there’s much speculation on what a new PQist government means for the rest of Canada, and for our province. What does a PQ minority government do leading a people where, as polls suggest, only 28% support separation? That’s possibly less than in Newfoundland. Aside from the horrific, dishonourable, despicable acts of one individual there are some lessons to be learned from Quebec politics, and this election in particular, for our province and its peoples.

First off, I have to clear my frustration with some of the ridiculous comments in the (social) media about how we should kick this whiny, tail-wagging-the-dog, have-not province out of the country instead of waiting for them to democratically vote to do so. How few years ago did we have that same image in the eyes of Canadians with our go-it alone, flag flapping, have-not status? Secondly, these are people’s democratic choices here, and politics there are not as simplistic as they are in this province. Respect, ladies and gentlemen, is warranted (especially since you’re reading a PWG Independent paper).

Everyone remembers the students’ rage, and in fact the Liberals tried to capitalize on this. I think it’s safe to say Quebec students didn’t vote for the Liberals in this election, which then leads one to wonder: where did they go? Take that a step further: one can ask how much support for the PQ was just motivated by a desire to punish the Liberals? It’s pretty clear to me that the Liberals had some punishment due with their heavy-handedness against the students and the corruption scandals (which will still come around to bite them soon; another reason Charest called the election now).

Maybe those pesky student protesters and occupy movementers can now be quiet since they are probably part of the 1%. Nah just kidding. Sorta. Because, they are almost certainly counted in large numbers in the less than 1% that makes up the difference in popular support between the PQ and the Liberals. Take that a step further: by my math (on the preliminary numbers) less than a mere 1000 voters  determined the government of nearly 8 million people.

Lesson: be engaged in your community, region, organisations – you can sometimes make a big difference.

The PQ formed a minority with 54 seats (out of 125) – the Liberals garnered 50 (somehow). That means if only 3 districts won by the PQ had gone to the Liberals instead, national headlines would have read “separatism thwarted in Quebec” (with a Liberal 53 – PQ 51 result). The link above shows the district-by-district vote results. In the district of St Francois the PQ eked out a win by just 90 votes, in Abitibi-East by just over 800, and in Ungava by 900ish (meaning if 45, 400, and 450 people respectively had voted Liberal instead, they would have won the government).

Ok, but the Quebec Solidaire would have (and probably will) support/ed the PQ government making it a 53-53 hung parliament (or if only 2 seats went from the PQ to the Liberals – making 53 PQ- Liberal 52). But wait! There’s more! Glancing again at the preliminary numbers, there’s an additional 5 districts that were won by less than 3%, or between 1200 and 1800 votes by the PQ over the CAQ. Should the CAQ have won over half of those people (600-900 votes) Quebec would be drastically different.

Lesson: get out and vote, it really counts (even if it is strategic, but try to avoid that line of thinking because you’re only cheating yourself).

Representation of the population

So what, right? Well, this raises some interesting relevant points for our province, and our country. First off, the number of parties in Quebec politics shows how a mature parliamentary democracy should work. Instead of two parties (sometimes three) pandering to the masses for support, there’s a large number of parties that  have a set of ideologies and policies they stick to, and the people will either support those or not. The trouble is, you get quirky results: the CAQ got 27% of public support but only 15% of the seats (Quebec Solidaire got 6% of the vote and 1.6% of the seats).

Ontario and BC have proposed options to deal with this type of discrepancy, via Mixed Member Proportional (MMP) representation. Any kind of proportional representation has to have safeguards to protect smaller, rural districts since otherwise you could lose those voices to the majority  – there could never be a Nunatsiavut Party for example – but more realistically you lose the point of having smaller yet distinct regions represented in the legislature. But clearly, our own House of Assembly would look very different if the peoples’ votes were truly represented. Specifically for Newfoundland and Labrador, we would have 27 PCs, 12 NDPs, and 9 Liberals by the percent of voter support.

Lesson: the will of the people should be represented in our speaking houses. Maybe it’s time for us to consider MMP in Newfoundland and Labrador (and by the way this would come at a cost to the Labrador Party types because we’d have to get more people out voting)

Something else that I noticed about the Quebec election which we would do well to note, is how mature the party system and the voting really is. I’ve mentioned the number of parties and diverse views being presented to the public. But that’s just on the surface. What having so many parties in the running means is that there are actually a host of strong leaders with strong support systems, and good policy development. Well, maybe they’re not all great and strong. But it’s a far cry from the system we have in this province.

Look at the trends of elections in this province and try to remember who led not just the winning team, but all the parties. Tough, isn’t it? I would challenge anyone to point out a time (since confederation at least) when we had more than one “strong” leader in this province at the same time. The possible exception I’ll concede is the hung Parliament of 1971 (when the separatist New Labrador Party held the balance between Moores and Smallwood). After 3-4 terms, we all of a sudden despise the old leader, and rout the lot for the next big hero. (I remember people swearing they would lynch each of Tobin, Efford, Peckford, and Smallwood)

Lesson: try to avoid hero/leader worship. Odds are there’s one strong leader at a time because that’s the way the backroom political string-pulling financiers want it to be.

I guess it’s hard to blame candidates when there are a number of strong intervening factors in play. Due to geography and demographics, many of the candidates are former mayors, lawyers, teachers and other such community leaders – since there are only so many local leaders available in each district. On top of that, our command-and-control, punish-and-reward system of wooing voters tends to create circumstances where the strongest candidates vie for the party nod for the most likely party to win.  I could point out (were it not for libel laws) many good candidates that ran for the wrong party (on the basis of their own true political colours versus which party was poised for political power).

And you – the voter – have a responsibility to vote. Voter turnout is pretty dismal in this country, and while I dislike the idea of mandatory voting, other jurisdictions have implemented it with success. Such backward countries as Australia, Brazil, Luxembourg and  20 others have implemented  compulsory voting on the principle that voting isn’t just a right, but a civic duty. Regardless, you should go vote for what you believe in, and not just on the basis of strategic voting (although Quebec may not be a good example). Because when it comes down to it, strategic voting is simply delaying having your say in our electoral process by attempting to block the candidate or party least like you. It suggests you are in the minority (and likely will stay that way, if you’re voting to stop someone from getting power rather than voting to put people in power).

And a Winnie the Pooh “oh, bother” to all those that complain about “vote splitters”. I had a Liberal friend accuse me of that back in 2003 (I pointed out that as a 3rd place party, the Liberals were the vote splitter, by their own logic). Everyone’s voice needs to be heard, in the way that is appropriate for their voice to be heard. How else, in our system, can we send a message to the governing party without the one poll that counts?

Lesson: vote for candidates that prove to you that they are running for the correct political colour: the one that lines up with your view the best. Otherwise, you’re cheating yourself and those with similar views out of being represented

If we followed these four messages from Quebec’s election (and repeated in many other mature democracies in the world) we’d have more parties, with more candidates that represent a broader spectrum of policies, with voters that turn out and vote according to their beliefs and actually have them represented proportionally. The result? A complicated mess of parties that represent a broad set of political views all jockeying for power.

And our voices would be better represented in our speaking houses. 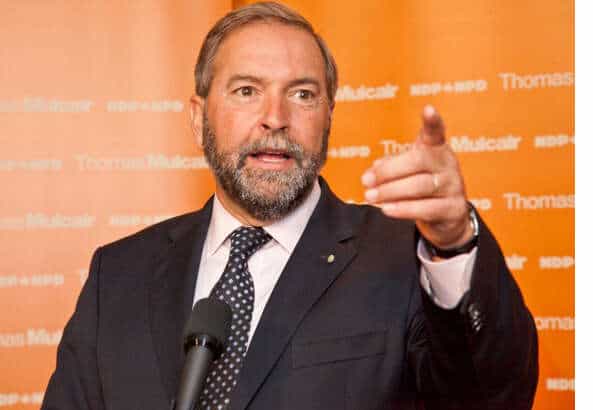 Mulcair: “We all have to be prudent when we accept conventional wisdom”
Federal NDP leader Tom Mulcair fielded questions from the press late Wednesday morning after his party's first closed-door session at the Sheraton Hotel in St.… 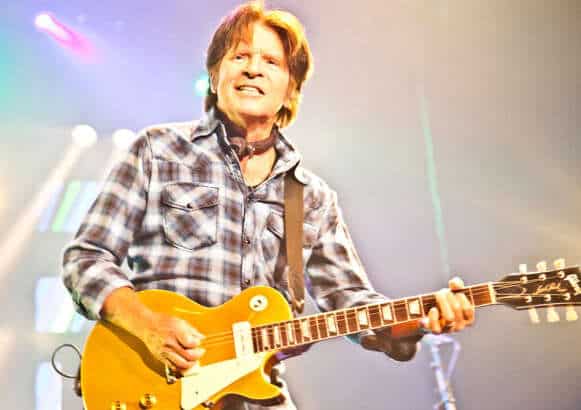 From the Bayou to the Bog
John Fogerty brings the music of Creedence Clearwater Revival, one of the most influential American rock bands of all time, to Newfoundland for a pair…