Yes, the fishery is in crisis. And no, it’s not just everybody else’s fault.

So fishing season has barely begun and we are already seeing signs of how weak the industry really is. There have been two closures of fish plants in Labrador in the past couple of weeks and three more in Newfoundland over the past number of months. The common theme in all of them? Not enough fish or fishers willing to take a loss on their raw product. This is a clear sign, if there ever was one, that our collective historical raison d’etre is in serious trouble. And there’s no shortage of armchair politicians, or ‘real’ politicians for that matter, that want to jump on board and find someone (mainly Canada) to blame.

Here’s where someone like me tends to gets little red in the face. While I have never been afraid to voice my opinion (no matter how much I know people will disagree with me) the fishery is a bit of a sensitive topic for me, and my people. Particularly considering that I come from a family – a community (and an Aboriginal collective of communities) – of fisher people. So I write this column perhaps at my own peril. But remember, the Lieutenant Governor implied it best back in his day as Minister: everyone who fishes is to blame (and he didn’t take no fish from the water).

But I enjoy a healthy debate

Especially with people who hold opposing views – as long as they’re willing to be reasonable. But I get very frustrated when people spout revisionist fishstories about how our great 500 year old sustainable fishery was devastated by the big bad Canadian wolf (yup, I’m actually wincing at the collective bile that must now be rising in peoples’ throats).

There are two basic facts I agree with in any discussion about the fishery and how we got to where we are: 1) Canada set(s) and controls fishing quotas; and 2) all resource extraction is highly political.

Clearly Canada was managing the cod stocks up to – and at – the time the stocks crashed, devastating that industry. What people tend to forget is that this province – pressured by our fishers and plant workers and operators – handed out, and encouraged more, fish plant licenses and had far too much at stake to be unbiased in fish management discussions with Ottawa.

Quite the opposite actually

Even when the alarm bells were sounding for decades, the provincial government – motivated by the MHAs from outport Newfoundland – continued to push DFO/Ottawa to maintain those fish plant jobs at full tilt. There’s lots of evidence out there for this. A key piece of evidence from the Labrador perspective is that the cod were extirpated from Labrador well over two decades before the collapse on the island (and primarily by Newfoundland fishers, to boot). Almost everyone in Labrador remembers, or has been told stories, of being able to cross our harbours and bays on the decks of Newfoundland fishing boats – while at the same time local people did not have nearly as equitable access to the quotas or jobs associated with the fishery as their island counterparts. In fact in my home town (in Cartwright, Sandwich Bay) the cod were gone by 1968. And from what I’ve been told by other fishers the case was the same up the coast all the way to Nain.

You see, by the mid 1970s there were a growing and disturbing number of foreign fishers catching a grotesque amount of cod off our shores. That’s why Canada, along with a small number of other countries like the USA (and our-ever-so-often compared-to hero Iceland), instituted the 200-mile exclusive economic zone, relegating foreign fishers to abide or stay outside. Trouble was, Canadian fishers soon replaced foreign fishing with domestic fishing pressure (and yes this includes Newfoundland fishers to a large extent). And yes – lots of that fish was processed on the island to supply local jobs, one of our few demands.

Do I think an independent Newfoundland government would have done better?

Not in the least. I don’t buy the argument that Newfoundland brought the offshore fishery (or offshore oil) into confederation and thus has an inherent right to manage it. In fact, Newfoundland brought 3 miles of ocean, or ‘headland to headland’, into confederation – much less than the already growing international standard of 12 miles. And what’s more, the terms of union specifically state that the federal government (would have)/(has) jurisdiction over the oceans and we voted for confederation in full knowledge of that fact.

Further, do I believe that the Newfoundland government of today – let alone yesteryear – is competent and capable of managing resources sustainably?

No, I don’t believe an independent Newfoundland government has, or would have, managed its resources in a sustainable fashion at all

Sure it COULD have, but let me ask you a couple more questions: Where are the Labrador ducks? Or the great Auk, or the Newfoundland wolf, or the island caribou? Or the Beothuk? Pure revisionist history if you think you’ve used your resources sustainably for 500* years (*also a falsity, since most settlement was during the past 200), and a pipe dream to think you’d do any better than any other government in the world has with regards to fishing (and with fewer financial resources to do it, no less).

Besides my clear lack of confidence in our government’s ability to do the right thing instead of doing the popular or the political thing, I have doubts that any government can avoid giving in to basic, unthinking, human greed (at the level of society). Despite the fact that Canada set quotas and limited them though NAFO, even the progressive European Union decided to disregard rules with regards to the famous nose and tail of the Grand Banks – outside our jurisdiction – in the 1980s.

…than that of our global fish stocks. The fact that humans take no care of resources unless there is some immediate, personal stake becomes one of the greatest crimes against our ecosystems, and ultimately our own wellbeing being as a species. Not only have we collapsed dozens of fish stocks globally and in our own backyards, but we knew we were doing it and chose to keep doing it to pay for our immediate needs like our mortgage, feeding the kids, paying tuition and so on. I know where people are coming from on this, don’t get me wrong. I come from a family of proud fishers and worked in our fish plant. I realize that fishers, processors, and even governments actually know when the stocks are being fished at unsustainable rates. But the reality is, at least in Labrador, that if you don’t fish your quota there’s always the next guy that’s more than willing to come from up south and fish it for ya.

And this is the global problem. The worst thing in my view is that we don’t just fish beyond sustainable levels; we collapse a stock and move on to the next one down the food chain – like locusts destroying everything in our path. Devastating species after species until we end up fishing smelt and capelin (and eventually krill?) – some of the very base levels of oceanic food chains. And for what? Seasonal jobs? It’s certainly not because it’s the best business model over the long term.

So what is a good model?

For starters, we need to stop putting all our eggs in a few big baskets. We currently rely on a small number of species for our entire industry, sensitive to global prices – and we in turn help lower our own prices by glutting the market. And on top of that, we produce very few secondarily and tertiarily manufactured products. In fact we’ve gone way downhill since the crab fishery started. When I used to work in the crab plant over a decade ago, we’d at least have a number of products we’d produce; now the industry wants “sections” only. This cuts a significant amount of labour (jobs) down, often so that the crab can simply be processed overseas by cheaper fingers.

We need to diversify the products we produce, and the species we produce. I think most people know that PEI is North America’s largest producer of mussels. Seriously. They have 1/4 of our population and I bet it could fit into the Smallwood reservoir (not the population, that’s cruel!). I’m not a huge fan of GMO/factory fish farms, but there are definitely sustainable ways to capitalize on cultivating local species like char, salmon, squid, urchins, mussels, clams and countless others. Just think, every medium-sized and big city on this continent – and most other continents – now have stores and restaurants that cater specifically to sustainable (ocean wise, sea choice) fish buyers. Heck, we could even use seal meat as the protein source for our very own farms.

But I think we need to give our oceans and food chains a bit more of a chance to recover. As long as we let mega corporations dictate the products we sell, and the business models we use to sell them, we will always race to the lowest common denominator and destroy the very thing we rely on to provide our sustenance. And yup, we gotta keep pressuring Canada to make good decisions with regards to the fishery, but that means we gotta take some personal responsibility for the state of our resources as well. We can’t blame Canada for the state of cod stocks, and demand to have a food fishery…and then abuse it.

I do think companies like the Labrador Fishermen’s Union Shrimp Company have proven the ability for owner/member-based co-ops to be competitive and successful in the market. I also think we need a government that’s more receptive to the local fishers’ needs, and that’s willing to promote more local corporate governance over multinationals. I believe that if we had more responsible, local control over the management of our fishers and licences – as well as our companies – we’d certainly be more personally invested in its success.

How could that not also mean we’d be more invested in managing our resources in a more sustainable and environmentally friendly fashion? Don’t we all hope that our kids might have a chance to become part of our fishing heritage as well? 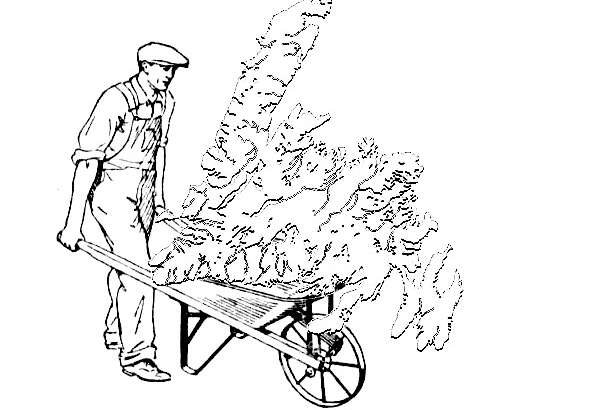 The politics of mediocrity
Our government is watching. And waiting. And not doing a whole lot else...

Ballads in the Hall
Musical storyteller Matthew Byrne on The Dardanelles, being the Ballad Guy, and playing the LSPU Hall