With the ever increasing cost of goods in rural Labrador and Newfoundland communities, we need to re-evaluate our delivery infrastructure to reduce the cost for consumers AND tax payers

Recent(ish) protests over food security and access to affordable healthy food in Nunavut (see the $28 cabbage in Iqaluit!) should serve to warn us of a trend that’s also under way in our outport communities.  This is particularly so for the the more isolated communities in Labrador where a few years ago the story of a $55 dollar watermelon came to light. I believe we need to take a serious look at how we provide goods and services to the people in our province while the investment costs are low.

As fuel prices climb ever higher, the cost of producing and storing goods, building and maintaining transportation infrastructure, and using the various delivery modalities in our province will only rise as well. This means for the average consumer that goods rise at an exponential rate rather than a geometric one. Moreover, the multiplication factor increases even more the farther you get from the point of production/manufacture.

Both the federal and provincial governments have a food mail program in operation for isolated Labrador communities that don’t have year-round access to road or marine shipping routes. While this is an excellent program that (barely) makes food affordable, it will only increase in cost to government as long as we have ineffective delivery systems. In addition to food mail, the summer marine shipping is heavily subsidized for the entire province by the federal and provincial governments. Again, I believe this is all well and good because people can’t live on klik and KD.

Despite the subsidies in place, people still have a hard time making ends meet. I, among others, believe there are many reasons why food prices are going to continue to increase faster than the growth of our income rates, which in turn puts more pressure on governments to subsidize our food systems — a classic case of chronic food insecurity. I would also posit that those reasons fall within two main categories:

1) Companies are designed to make profits on our sustenance

Lets take the extreme examples of the $28 dollar cabbage in Iqaluit, and the $55 dollar watermelon in Nain. Despite the fact that the government(s) directly and indirectly subsidize “healthy food”, those publicly traded stores (namely the North West Company for Labrador but any number of major chains for out port Newfoundland too) have to turn a profit. That means, despite government subsidies for electricity, roads, marine shipping, docks, warehousing, airstrips and so on, costs are high for delivering goods to rural and remote communities. All those hidden costs and the profit margin largely determine the price of food.

Sure, sure, this is true for (almost) all our food networks in Canada – companies make a profit for providing a service. But when a watermelon in St Johns costs $3.99, with a built in profit of, say, 10%, the consumer barely feels it. When a $55 dollar watermelon has a 10% profit margin, that adds another $5.50 – more than a Sin Jawns melon. Furthermore, each time that melon changes hands, say from refrigerated cargo container, to rail, to warehouse, to truck, to warehouse, to ship, to truck to warehouse etc., a fee is levied on top (they’re not doing it for free!). The farther you go, the more fees and taxes are piled into the end cost of that good – which brings me to my next point.

2) The infrastructure we have is not being used efficiently

We are a north-south trading country – the vast majority of trade in this country is with the United States and our infrastructure reflects this. Even more poignant for our province, since we’re not exactly in the middle of the trading fray, is this neat little project called the Atlantic Gateway and Trade Corridor – the gist is to get more trade to travel through Atlantic Canada instead of through the Great Lakes. If you take a quick gander at this map (or any others) you can see that the vast majority of goods (~80%) destined for Labrador and Newfoundland come through Montreal and then become distributed through the aforementioned inefficient distribution network.

For Labrador (summer), our goods tend to be put on a train (or truck) to Halifax, trucked to Sydney, shipped by passenger ferry to the Island, trucked and warehoused in Lewisporte, shipped to Goose Bay, unloaded, warehoused, then shipped (sometimes trucked a few) to coastal communities. Mind you, this study suggests that in some cases companies might start using the more reliable Trans Labrador ‘Highway’ (TLH) to avoid the ferry system if it continues to become clogged at the Port aux Basques-Sydney crossing. The network is similar for the Island, with the majority of goods traveling solely by truck to all the communities from Port Aux Basques.

The ProvGov has a major role to play in transportation

They make decisions on which ports provincial (and even Federal) mixed-use ferries and the cargo industry uses. As a reminder, here’s the start of the fiasco about using Cartwright-Lewisporte-Goose Bay as the transshipment port for Northern Labrador communities. Currently, Lewisporte is still profiting from being the transshipment node for Labrador, albeit at a reduced amount because of the traffic going up the Northern Peninsula across to Blanc-Sablon and the Trans-Labrador Highway from Québec. This is still thinking within the box, pleasing local businesses that support local politicians; the system still relies on using Port Aux Basques as the main entry point for the province.

Why not ship directly from Québec City or Montréal, where the goods originate, to major nodes? According to this neat little site, from Québec City by sea it’s 1,553 km to Cartwright and 1,066 km to Corner Brook, whereas, by road, it’s more than 2,500 km to Cartwright and 1,600 km to Corner Brook respectively. While I recognize this cuts out a lot of middle people (sorry Lewisport – affordable food is more important than jobs), and its significantly cheaper (and greener) by sea than by road and/or rail.

You can go even smaller

For many of the most rural communities, returning to our roots might not be a bad idea. The Hudson’s Bay Company used to supply their stores along the Québec Lower North Shore (QLNS) up through Labrador–with the Pierre Raddison, Rupert’s Land, and Edgar Jourdain to each of the communities–from Montréal. In fact, the QLNS communities banded together a few years back to bid on the freight service from Sept-Îles to do just that, thereby reducing the costs of shipping for their own stores.

I propose we take ownership of direct shipping ourselves (rather than relying on other provinces and regions interests) and use major shipping nodes like Corner Brook, Cartwright, and maybe even Argentia to redistribute to our outports by small vessel and at a lower cost than can ever be done by road (which in turn saves us a bundle in repaving). Since we’re subsidizing all of the shipping directly and indirectly, doesn’t it make sense to save the taxpayers some money AND reduce the cost of goods at the community level?

I know it sounds like crazy lefty talk but…

The Soviets had something right – the word meaning cooperative – that working together and owning the means of production (or at least the source of your food) is key to creating sustainable communties. I believe communities, regions and Aboriginal governments are missing a huge opportunity. I’d take owning the shipping services a step further to the very local level. Instead of Winnipeg making money on our outrageously priced goods, why not the communities themselves take ownership of the stores and turn the profits into community development projects? At the very least we could reduce the cost of living a little with cheaper goods and affordable food.

One such lunatic who also thought this was a great idea was Sir Wilfred Grenfell, who actually started the very first co-operatives in this province. He was reviled by the St John’s business community, and eventually the government nailed him to the wall for bypassing the Newfoundland profiteers (for another story, maybe). But the principle was sound: communities control their own costs of living, at least to an extent.

We should be taking things into our own hands

As communities and regions we might find it sensible to work together for our own benefit–especially when it comes to making sure we have access to healthy food–and not that of the Toronto Stock Exchange. Furthermore, we should demand our government stop playing politics with our cost of living a-la-Lewisport-vs-Labrador and step in to support our communities. Not only because ALL of our out ports have something to gain from this but because ALL of us as tax payers are on the hook for the increasing costs of paving roads, shipping via road, railway and air, and all the associated subsidies.

A fortunate return to their roots
St. John’s duo Ennis abandons an image and a label for something a little closer to home. 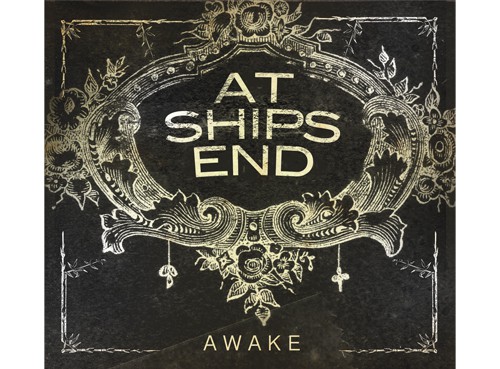 At Ships End / Awake
Moody rockers waking up to the darker side of folk music.