There are deeply important reasons why we need to improve support for our athletes as a reflection of supporting our self image.

We’re sort of a proud people in this province, eh?  Islanders like to point to the surveys where they can brag about being the-friendliest/most-givingest/funniest/sexiest (etceterest) people in Canada. Us mainlanders like to claim that our generosity and staunch Labrador pride comes from living isolated in such unspoiled environmental splendor, where your neighbours are your extended family and you’d do anything for them. And by gar do we love our heroes in this province, eh? We love rallying behind those who’ve made it, those who have achieved some kind of status,  or represent(ed) us to the outside world in a way we like.

People like Joey Smallwood/Danny Williams/Brian Tobin, Dan Cleary, Ryan Clowe, Allan Hawco, Rex Murphy (or Goudie), Great Big Sea, Rick Hillier, Team Gushue, buddy wassisface, dat missus, et cetera, et al, ibid, and so on. What’s funny is when they get too big for their britches – or don’t suit our fancy any longer – we turf ’em just as fast. What’s even funnier is that a lot of time these heroes have to succeed before we rally behind them in this province.

It’s a bizarre paradox. We want to have our heroes go off and take on the outside world (Ottawa/Canada for the island, or St John’s/the island for Labrador) and do us proud. They have to have all the good qualities we like to see reflected in our own self image (or self myth). But in our own little communities success is often looked down upon, like someone’s got a ‘big feelin’, like you should feel bad or be more humble about doing well in sports/arts/academics/life. How can they rise to the challenge if we’re holding (and implying they should hold themselves) back?

I guess some of it comes back to our humble roots. But this imposed humbleness manifests itself in all areas of our community life – maybe more in Labrador than Newfoundland, I dunno; but it still exists across the board. How can we ever have truly excellent representatives if we don’t help them grow into their potential?

We treat our leaders this way.

I was reminded of this a couple months ago when I popped in to visit some friends from Cartwright and Goose Bay who went to Ottawa as part of a team that represented Newfoundland and Labrador at the WORLD BROOMBALL CHAMPIONSHIPS. The team – the ‘Newfie Bullets’ – got a bronze medal. I bet you never even knew we had a team there, let alone that we did fairly well. The media coverage was terrible, and considering what I was seeing on the provincial news at the time there’s no particular reason why it wasn’t covered.

What’s more, the teams had four (4) people to a hotel room. Sharing beds. People who barely know each other. Now this is all well and good for team building, I guess. I did it when I used to travel to the island and across Canada for skiing/swimming. But that’s when I was a teenager, in a sub-amateur league. These ladies and gents were representing us on the world stage. And they had to scrimp and save like a high school swim team.

But at some point in life, you have to expect a little bit more support from the people you are playing for. You like that Newfoundland got an Olympic gold medal, right? Named a highway or something after the winners, even. But my guess is, Team Gushue didn’t get to that level because of the massive outpouring of support while they were honing their Olympian skills.

My figuring is that they succeeded in spite of the level of support they received.

It’s somewhat different for hockey – for boys at least – in this province. There are more support networks amongst the communities, and the big bonus is that if one of our own shows some promise we can piggy back on other provinces’ hockey networks. Lots of kids with hockey skills get scouted and go off to Ontario or Quebec for hockey school, and end up playing for their well developed junior leagues. They have a network supporting them from doughnut hole age to lock out age. That’s why we have more successful representation in NHL than any other sport.

I’m not proposing we out-compete the big kid provinces

Because, well, we probably can’t.

But what I am saying is, we have to try and level the playing field a bit more, if you’ll forgive the pun (that wasn’t my goal). Let’s go back to the World Broomball Championships as an example. The teams from Ontario, Quebec, Japan, etc., started at an advantage. Just think about it – Windsor, Ontario has half the population and, theoretically, half the pool of players to pick from as this province. But they get to practice together in the same city; our provincial teams could never do that under the current system (unless they just played as Team Wabush, or Team St. John’s).

Further, the Windsor team automatically has cheaper travel (let’s say a bus or a van). So their team expenses to get to and play at this competition are at least half of what our players have to scrounge up. You gotta pay to play. If we aren’t being represented at sporting competitions, how can we win? If our teams can’t practice together, how can they be a team?

We have to give our athletes a sporting chance

If we want to be recognized, we have to support our athletes throughout their progression from local, junior teams, right through to higher levels of excellence. Our population and geography insist that unless we want St. John’s representing the whole province, all the time, we have to invest in getting our young athletes together in competition – and as province-wide teams – to practice, and to compete outside the province.

Especially for our Labrador athletes. All the athletes on the island can at least drive to the nearest sporting event. If they’re hosted centrally, nobody is more than seven hours drive away on the island. Labrador athletes are at least $1,300 dollars away by plane, above and beyond what others have to pay for lodging, equipment and so on. Our neck of the woods pays a healthy portion towards the provincial budget, so why shouldn’t we have an equitable chance to participate in provincial events?

How can we support them more?

I think it’s great that I see lots of interest, on a REGULAR basis, for people raising money to go to swim meets, track meets, broomball, darts, curling, skiing, etc. And people help support them in our communities. But communities can only support so many people, and only so much. Despite being awash in oil money, our province is still struggling to catch up with others in supporting its social and community programs. Massive budget increases have not led to increases in quality of life for many in this province, and now we’re on a downturn again.

This is the exact kind of situation where a heritage fund could be used to match local donations for athletes. Non-renewable resource funds are usually quick bumps to our economy, so why not set aside some of that – “live off the interest”, as it were – for our athletes, writers, actors, singers, and so on. These are our ambassadors to the world.

Because, as my previous link pointed out, giving tid bits of money and praise to the athletes who have already excelled isn’t going to position them (let alone others who need support to excel) to represent us on the world, or even national stage. Heck, $71,000 is less than half of what our illustrious MHAs spend every year on notepads and sandwiches in their constituency allowances.

But hey, if you don’t wanna support provincial teams, regions like Labrador will just get sick of trying to participate with Newfoundland, and start our own teams, our own winter games, and we’ll represent ourselves. Better to go undersupported under our own banner, than undersupported under someone elses.

But we can do better than that

Because I’m not just talking about sports here, I’m talking about how we choose to share our culture with each other in this province, and how we share it with the rest of the world.

Because if we don’t share it with each other, we’re going to lose it from ourselves. Sitting at home, watching American TV. With just a few of us excelling, somewhere else, despite the rest of us.

Incidentally, now is a great time to sponsor some teams for upcoming events. Particularly the Labrador Winter Games, which start in a mere couple of weeks on March 3. Hundreds of volunteers struggle to get to the games together, and despite the fact that the province (and other great sponsors) support the event, it has been used as a political football in the past with Rhodes scholar-led governments slashing their support to make a point.

And now, Nalcor is a “Labradorite” level sponsor – wonder why they’ve started supporting it now?

Sprout it out!
What are those things with tails and why should you care? 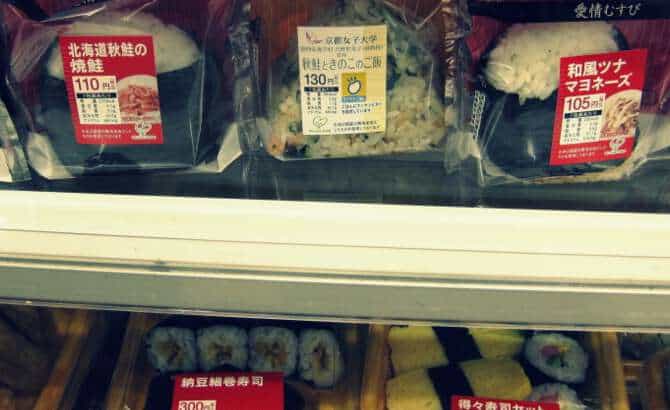