What’s the real deal with the proposed electricity rate changes in the province? They hardly seem justified. Is it Poll Goosing season?

Ever hear the old adage ‘a good seller could sell ice to an Inuk’? (well the original version uses the E-word, but you know…) That’s pretty much what’s happening with Nalcor’s proposed rate changes – in Labrador at least. I’ll explain, but first let me give a shout out to the vast majority of the electricity purchasers of the province who are getting a (proposed) reduction in rates.

Several arguments have been presented for reducing the cost, and they’re totally valid in my opinion. One is the built-in fuel cost increases already incorporated since 2007 that match people’s current rates. The second reason for the rate decrease is new access to Abitibi Hydro (previously unexpropriated). The third reason is new wind generation (which was supposedly too expensive to meet the Island’s power needs, during the Lower Churchill arguments). While a minor point, it is interesting to note that something that’s too expensive to meet Island needs on one hand, is bringing down the already fourth lowest rates in the country on the other.

Which brings me to another point: managing demand

The 2041 group, bloggers unnamed, and many other naysayers (whom you all know by now) have been arguing that population and demand projections by the province/Nalcor are flawed. They will argue that managing our demand will tide us over to 2041, or at least get us close enough to develop cheaper options. I personally believe that managing our demand while finding efficiencies (think energy star, household upgrades, etc.) is always important and more environmentally friendly. Nalcor does too (see page 11 of the Crown corporation’s 2009 ‘Business and Financial Report’).

The provincial government has said, “Forecasts prepared by Newfoundland and Labrador Hydro show that without a new source of power for the island by 2015, demand will begin to exceed firm supply.” I don’t know about you, but basic economics tells me that the relationship between supply and demand means that as commodity supply decreases, price increases. If that’s the argument, shouldn’t Island rates be going up, not down? Unless they plan on reducing them now and then jacking them back up in 2015? (for PR reasons? whatever those may be…)

Who knows; but it seems to me that a corporation wouldn’t normally drop the rates, knowing this will encourage more electricity usage and put us on a more rapid path to obliterating the “firm supply”. In fact, most jurisdictions raise rates to discourage overconsumption, and increased household efficiency choices.

Then there’s the South Coast of Newfoundland

You poor beggars. I’ve often compared isolated Labrador communities with the South Coast, in terms of infrastructure anyway (not the vastly different cultural stuff) and the vast differences in rich resources. Regardless, I certainly sympathize with your condition. Here is a province that benefited from your years of fisheries, lining the St. John’s merchants’ pockets, and now they can’t even be bothered to help with your electricity rates (or much else).

While the Island boasts the fourth lowest electricity rates in the country your rates are going to become higher than 94% of the rest of the population of Canada. Hard way to attract (let alone keep) people to our communities. Maybe that’s what it costs to supply power to 800 customers. I’m sure it’s a slap in the face to Ramea’s wind project when their rates go up and all their compatriots’ rates go down. Maybe it’s one more step toward resettlement, or maybe it’s just another conspiracy theory. Either way, it’s hard to lay claim to an area if you don’t occupy the land with your citizens. Ask the Falklanders.

Like the island’s South Coast, coastal Labrador communities have massive infrastructure gaps which, coupled with their remoteness, drive up the cost of living to beyond affordable levels. By sheer virtue of being able to subsist on the land for food, shelter, and heating, people are somewhat able to eke out a living. It was much easier to sustain their livelihoods in an era when people were allowed access to their lands to provide much more of their daily needs, and when communities operated more as communities.

But these days people are more individualistic and community demographics are much older, so when rates increase on the coast of Labrador, many of our elders have to turn to electric heat to keep Labrador’s colder temperatures at bay. Those coastal Labrador communities that have younger demographics also tend to have overcrowded homes, again leading to increased electricity costs. Fewer trees, less chances to cut them, permits, regulations, expensive upkeep of homes, and increased cost for food storage all exacerbate the problem.

Isolated Labrador communities do receive a Northern Strategic Plan subsidy on their rates which makes it, on average, around 6.9 cents kWh. But only up to 1,000 kw, depending on the season. It’s a little complicated: see for yourself. The crux of the argument is that there’s a recognition that coastal Labrador communities face different economic pressures than the rest of the province, and are thus afforded a lifeline subsidy. Essentially 1,000 kWh is argued to be enough to provide the basic needs of the average household.

Trouble is, an alarming number of people need far more than 1,000 kWh to survive for the reasons  listed above (and more). I’ve heard from many – before writing this column – that some people desperately try to heat their homes with their kitchen ovens, and there are others who can’t get out to gather wood for their stove. Just ask yourself, how much power do you use in your house in a month? Is it as cold as Labrador on the coldest day of the year? Is much of your food fresh or frozen? Can you afford the price of good insulation or home construction? Is your house overcrowded as well? Are you over 1,000 kWh? Guess what the rate that’s charged beyond the lifeline block is?

Yeah, but then again that’s what it costs to live in these small far-flung communities, right? Hell, you might even bring up the argument that they’re subsidized by the rest of the ratepayers of the province. But they might argue that the resources in their backyard have subsidized the Island’s bottom line too. If you don’t support the population of a region, it’s hard to argue your sovereignty over those lands. At the very least you won’t get much support when you want to dig out minerals or put up hydro dams. It’s going to hurt them, and they’re going to fight it.

Nalcor wants to jack up central and western Labrador’s rates by 25%. Yeah, I know: boo-friggin-hoo, right? I know it’s going from a paltry 3.9 cents to a still-mouthwatering-low 4.9 cents per kWh. But you know what really sticks in peoples’ craw? Not the cost of the power, in and of itself. Yes, it still costs a lot to live in west/central Labrador, but the right cheek-slap is that power in Newfoundland is going down.  It’s strange considering the demand argument justifying the Muskrat Falls project and associated local impacts.

The left cheek-slap is that we all know what it costs Nalcor for that power:

Now they want to mark it up even more. Why? Well, they say they upgraded the infrastructure at a cost of about $39 million and now they need to recoup the money. Fine. I get that. Except that same power, from that same facility, wheels power through Quebec and theoretically makes the province between $40 and $80 million a year. It seems accurate if you believe Nalcor’s reports (see page 46). Plus there’s an additional $5 million or so a year recall power sold to industry in Labrador West.

It seems to me the money they make on the wheeled power should be used to pay for the upgrades in Labrador. It’s the same block of recall power. While we’re at it, why not use that recall power money to subsidize Labrador communities? Wasn’t the intent that it be used in Labrador in the first place (instead of arguing that the good government or the good ratepayers of the province subsidize them)? Because, after all, the profits made on power in their own backyard is essentially paying for it anyway.

And with Muskrat Falls (if it ever actually comes online), rates aren’t going to trend down across the board, which is sad for the communities that aren’t even going to be connected to it. Especially for those that are going to be negatively affected by it.

I think it’s all a shell game anyway. Just wait – you’ll see some hero try and save us from the proposed rate hikes (while keeping the hard-to-justify reductions for the Island). Good for the polls, ya know. 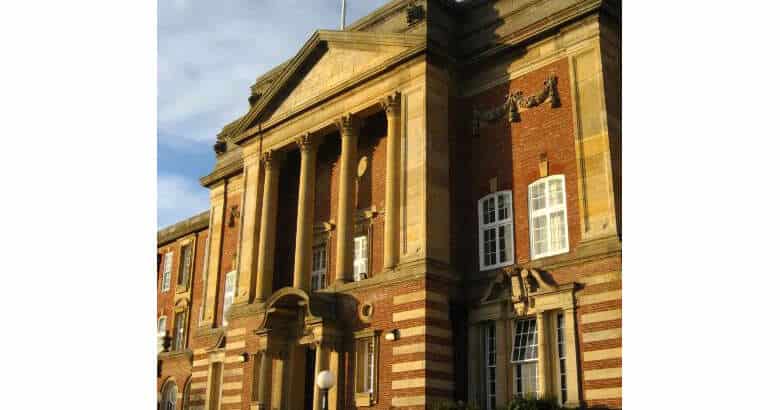 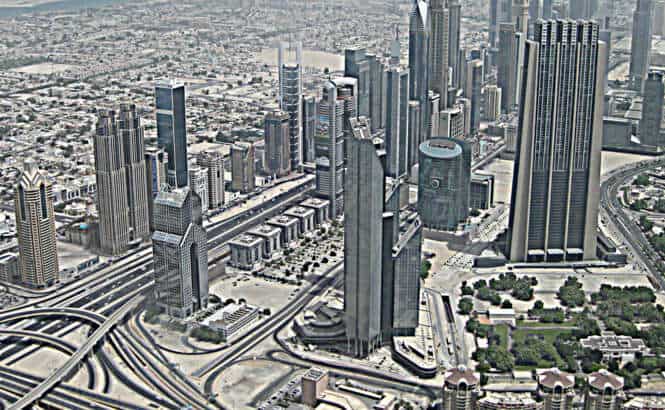 Boom Town
In the face of an unpredictable oil industry, does the experience of Dubai hold lessons for Newfoundland?