…and so do a growing number of Canadians

So it’s the holiday season:Christmas for most of you I guess; solstice for the hippies and heathens (like me!).

For many of you I’m sure you’ve hastily jammed some money in a Sally Ann ball or dropped off a non-perishable at the mall or Northern store as you cart off your goodies to stuff under the tree or over your belt. Some people even give a present marked “boy” or “girl”. I think it’s great that people make an effort, or failing the time or energy to make an effort, give financial support to others in times of need. People seem to help out more this time of year than others, and that’s great because for one reason or another people need the extra help during the holidays.

But this is just one little period of a long year, and the need doesn’t go away after Boxing Day. When I was growing up on the coast in Labrador, helping each other was just what you did and often people needed a little help. The only rule was that you didn’t ask for help; call it pride but that’s how it was. Nobody would have filed a tax claim for their “donation” even if they could have. Those times seem to be coming to an end though.

Don’t get me wrong – people are still giving in this province, and this country. In fact donations have increased in every region of this country since 2009 (except Nova Scotia, but we’ll be sending them a Christmas prezzie express from Muskrat Falls anyway).

But not everyone is giving

Actually it seems the baby boomers are the only real donors in this country. The average age of donors in Canada is a wizened 53 years of age! What’s worse is that our province has a median donation age of 54, beaten only by our elders in the Maritimes. That, to me, implies that the only ones who remember the responsibility one has to others are those who grew up with it – those baby boomers who grew up working off the land and sea to eke out a life.

Trouble is, they don’t seem to have taught the next generation.

Even though the above article (and always so simple to follow infographic) and this one paint a not-so-terrible picture about a slightly-better-than-inflation donation scenario, we need to view it in light of the changing demographics as well as the state of our public systems in this province. The first and most scary one for the island and some of Labrador is the aging AND dwindling population. If those boomers are the only ones giving, and are shortly going to be the ones in need, who’s going to help them (i.e., you)?

The first and most scary thing for Aboriginal people and other Labradorians is who’s going to help in the future if governments and citizenry don’t help enough now?

Our institutions, our friendship centres, shelters, Libra Houses are already over capacity. It’s not such a great climate in Newfoundland – let alone Labrador – to be out on the streets, so people turn to family, friends, or stay in abusive situations in order to keep shelter for themselves and their children. Often we as a society don’t even see the problems with hidden homelessness, or we choose not to see them because they’re not starving or raving in the streets. We as individuals and as a society MUST step up and help the organisations and volunteers.

The recent (and likely worsening) recession should remind us all of how close any one of us could be to being homeless or in need of assistance. I don’t need to reiterate what financial experts raise as a dire personal credit crisis (which everyone is likely making worse right now by buying up their holiday cheer) where paycheck-to-paycheck-middle-income-earners can turn homeless two weeks after losing their job.

By permitting these problems to grow and fester below your line of vision, we are not only doing a great disservice to those currently suffering, but we will do a great disservice to ourselves when circumstances cause all the hidden elements to come out in the open because it costs society more in the long run than it would today.

Take the case of Labrador West right now: politicians are scrambling to try and band-aid a situation they knew was going to be a problem for at least a decade. There is a major lack of affordable housing, and it doesn’t take an expert researcher to Google how long it was expected that Labrador West would expand with a few thousand new jobs. Couple that with Vancouver-like housing prices and the hidden homeless or impoverished people, and when development comes along, guess who suffers?

Ditto Goose Bay. Even though the area has a recently expanded Libra House (thanks to the efforts of a few ultra hard working women) and a friendship centre there are those in the community who are raising major alarm bells over the complete lack of affordable housing, despite the fact we have the money and time available to do something about it before the crisis explodes. What is more annoying about this situation is that there is an unsupported military base with barracks available for thousands sitting unused, and being torn down while organisations beg to pay to use them. I could go on, and so could you. Every community has the hidden and not so hidden homeless, especially in our province.

For the first time in our history, we have mind-boggling SURPRISE budget surpluses

I realize that we can’t go out and help every single person in every nook and cranny of this province. But by gar, we must be able to at least divert a major crisis and alleviate the poverty and suffering of those today. The provincial budget expanded over $2 billion dollars since 2003, but has it helped those who need it most? We ought to be – individually AND as a society – helping to alleviate poverty throughout the year.

It’s in our roots as a people, and it’s in our self interest. 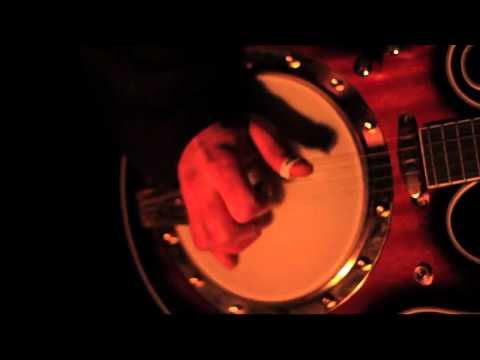 Video of the day: Jeff Pittman

“…this is just one little period of a long year, and the need doesn’t go away after Boxing Day.”