One Labradorian pokes holes in the provincial government’s Northern Strategic Plan as falling short of providing adequate investments to promote growth in Labrador. Not only does the oil boom not contribute to Labrador development, the Labrador boom fails to as well.

So budget day came and went, and very few had much to say about it. I mean what could you say? There weren’t any big, new measures or cuts (especially since the government tested the waters on that subject months before releasing their needlessly late budget). I mean there were some social media-lites who fired a few shots across the bow. But this was a really, really dull budget.

I mean there’s the issue about quietly slipping Nalcor EIGHT! (8) percent of the budget (or $664 million) to develop a project that hasn’t been approved yet. There’s also the long running issue of the bloated budget itself, having grown nearly 70% since the “Tories” took office in 2004, with no heritage fund or plan to fill the looming hole which the end of oil is going to leave in the budget. Others have covered these topics, and have done better than I would anyhow. Besides, people expect my mainland (#labrador) perspective. But by gar, they didn’t give me much to work with in this budget…

Except the big target they paint(ed) on the NSP

For those unaware, the NSP – or Northern Strategic Plan – is essentially the provincial government’s report on spending to show that it is doing something for the “Big Land”. Now I’m not against openness and transparency of government, and I fundamentally agree that departmental spending reports are an essential component of modern democracy. BUT! (I always have one of those, right?) I disagree with some of the fundamentals of this NSP on three major principles:

#1 – The Strategicality of the “investments”

As I alluded to earlier, the NSP basically rolls up all government spending in Labrador, or all spending that can be implied to be for Labradorians. What I mean is, every dollar that’s spent by government – whether it be for jails, judges, roads, government offices, teachers, police, foresters, doctors, et cetera, et al – is included as an “investment”.

Think I’m off? Well maybe, but the numbers are more off. Take the most recent NSP report: I’ve added up all the “investments” and they come out to be about $97 million, a tad shy of the $158 million total. In fact ALL of the NSP reports have this adding error, which leads one to think that the remainder must be the total of other government activities. While technically everything you do for society is an “investment” in the future, the words investment or strategic doesn’t come to my mind when funding jails, judges, or fighting forest fires.

#2 – How ProvGov uses the NSP for political gain

Yeah, yeah, yeah. Of COURSE they boast about what they’re doing. That’s what politicians do. But lines like “Unprecedented investment in Labrador” and “more investments than any previous government” are essentially weasel words. I mean, simply spending at the rate of inflation does nothing to improve actual services, but represents spending more than any previous government in net present dollars.

By rolling all the program and infrastructure spending together, it gives the appearance of being more generous by boggling the mind with big numbers! I mean in the April 19th 2011 budget announcements (which were subsequently bragged about in the elections) the Progressive Conservative government claims to have “invested”  $3 billion by the end of 2011 in Labrador since taking office in 2004! For 30,000 people! That is actually quite a staggering number if you don’t stop to think about it much.  But after this year’s budget (with its $158 million towards NSP) the number somehow jumps to $3.5 billion (page two here). I’m not a math major, but how did a 1/3rd of a Billion get in there with no budgets in between? And it’s less than the revenue of Labrador every year.

Don’t get me wrong, I think the investments were quite welcome, and sorely needed. You see, most of these investments represent bringing Labrador up to the bottom level of island infrastructure standards. Until the turn of the millennium, most of the infrastructure in Labrador was paid for by Canada, or by CFLco or IOC. In addition, $340 Million of the ProvGov NSP “investment” was transferred to the province for the Trans Labrador Highway and to phase out the ferries. Some of the other “investments” like health care, Aboriginal programs, and labour market development also come from federal transfers to the province annually.

Even if this weren’t so, $3.5 Billion is less than the ProvGov made off of Labrador since 2004

How about the controversial Churchill Falls side/deals?

From 2003/04 there was the remainder of the recall sale deal of Brian Tobin resulting in about $30 million for that year. Then in 2004 Williams/Byrne announced a deal to realize $230 million over five years from the recall power. The PCs then made another deal in 2009 to ‘wheel’ power through Quebec resulting in another $280 million (assuming middle of the road sales of the $40-80 million a year). Plus Churchill Falls churns out about $20 million a year for the province, with a total of $200 million since 2003/04. That’s an additional $740 Million to ProvGov from Labrador since the PCs took office.

The air base in Goose Bay…

…while mostly defunct, contributes to the economy in no small way. This lovely outdated report (pdf!) coupled with this one in 2006 peg the revenues generated by the base at $36 million per year to the ProvGov revenues. Over 10 years that’s an additional $360 million. But from that same report comes the Labrador’s single biggest contributor to ProvGov revenues…

Iron ore accounted for 90% of provincial mining revenues in 2003. When Voisey’s Bay came fully online in 2006, Labrador suddenly accounted for 98% percent of provincial mineral revenues. Oil revenues only surpassed Labrador’s cumulative contributions in 2008 at roughly $5 billion. When the oil’s all gone, Labrador’s iron ore will keep going for another 150 years (not counting all the other minerals being discovered at a rate of exploration investments of $50-150 million annually).

How much was mineral revenue since 2003? Well… The simple answer is located on page iv, v, or vi of the estimates under mineral revenues so you could add all those up over the years, but that’s just a simple picture. This behemoth of a data document, while only capturing data up to 2004, gives a good historical perspective on minerals, mineral revenues and investments. Page 92 outlines how mining revenues actually multiply on an order of FOUR TIMES when you take in corporate tax (notice I removed it above), gas tax, sundry tax, retail tax, and payroll tax.

Got your calculator? Add the bold/underline/italics numbers up. The range is $4.05 Billion (with no iron ore multiplier) to $4.85 Billion that Labrador has invested in ProvGov coffers. This doesn’t even include fishing, tourism, forestry, and other small business contributions. That’s $400 to $500 million a year. Reminder, they brag about how generous the NSP is, with upwards of $3.5 billion “invested” in Labrador over the same period (with federal transfer money comprising a huge chunk of that) and $158 million this fiscal year. Clearly oil revenues aren’t helping every person in every region in the province as has been claimed.

Labradorians love to share b’ys, but this is a pretty big fiscal imbalance. If the ProvGov doesn’t want to manage our resources and properly re-invest in our infrastructure – so we can grow and contribute more – Labradorians would gladly take over doing it. 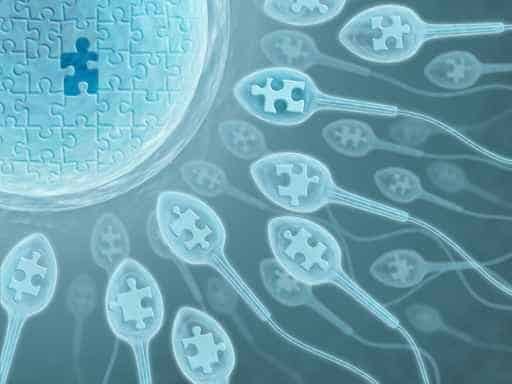