Is Corporate Concentration the Future of Fish Processing?

Government’s only vision is to either increase corporate concentration (foreign ownership or otherwise) or see more plant closures, divestment, and decline.

Recently in the Independent we asked: Who Controls Fish Processing in Newfoundland and Labrador? The search for an answer raised further questions about the long-term trends in the fishery, and what it means for everyday Newfoundlanders and Labradorians.

Seafood processing is the in-between step between catch and plate. From the fishing stages of the past to the harbourside fish plants and ocean factory vessels that came with industrialization, processors have adapted and evolved time and time again within the last century alone. Perhaps the greatest shift in the sector in this region came as a response to the massive downsizing that coincided with the infamous east coast cod fishery collapse of the early 1990s. That catastrophic closure shuttered dozens of processing plants permanently, while others pivoted to the emerging and lucrative shell-fish fishery. There were some 250 plants in the early nineties, and there are less than 90 today (based on figures reported annually by the provincial government).

The 1990s transition from groundfish to shellfish came with great risk for fisher and processor alike. Federal and provincial policies enabled inshore access and some coastal community benefits including special regional allocations and licenses for processing plants to more easily adapt. But over the past decade, shellfish quotas have trended down and the pressure of that decline continues to reverberate throughout the fishery value-chain. While the monetary value of the province’s seafood industry has remained at, or over $1-billion dollars (granted we can expect a drop in 2020 given the unprecedented pressures of the COVID-19 pandemic), employment in the processing industry has declined (See Figure 1 below).

The provincial government and large processing companies argue a more “vertically integrated” fishery (a fishery with a fully integrated supply chain, from capture to point of sale) benefits both the industry at-large and workers. But then why have plant workers continued to face limited hours, lack of benefits, and inadequate pay?

Earlier this year, plant workers raised concerns of inadequate safety measures in response to the COVID-19 crisis too (FFAW 2020). The pandemic has destabilized global seafood markets, further putting those employed in the industry at risk. As a result, already precarious work has become even less stable.

The crisis-to-crisis management of the sector has led to an increased reliance on the decisions of larger companies, as adequate government intervention or leadership has been absent. In some cases, decisions by companies have benefited the fishery and the predominantly rural regions of the province. For example, Royal Greenland, which acquired Quin-Sea Fisheries Ltd. in 2016, invested in new production facilities for lobster and has reopened a previously dormant plant in Southern Harbour.

This year, Royal Greenland redoubled their interests in Newfoundland and Labrador’s fisheries with their recent proposal to buy in to Quinlan Brothers Limited. (As of mid-November, the company told The Independent that deal is yet to be finalized, but it was granted go-ahead by the provincial government, which approves processor licensing decisions.) Given the lack of investment from domestically headquartered companies, Royal Greenland’s interest in the provincial fisheries provides a source of funds absent other options on the table. But while investments by Royal Greenland and other large companies provide tangible benefits to the fishery, how long can we rely on the good intentions of multinational corporations to sustain the fishery? And, what risks come with such an over-reliance?

Truth be told, a monetarily valuable fishery doesn’t necessarily translate into widespread benefit—as the employment numbers suggest. While there are higher profits in the sector, there are fewer jobs. Consider too, that the Royal Greenland deal creates one deal for Greenland and another for Newfoundland and Labrador. The top jobs are occupied by Greenlanders, who are also the primary benefactors. (Royal Greenland is owned by the Government of Greenland; and Greenland is a Danish-dependent territory.)

The latest Royal Greenland deal comes with other ambiguities too: what controlling agreements will they retain? How will their strengthened presence benefit fishers and plant workers here?

The provincial Minister of Fisheries, Forestry, and Agriculture, Elvis Loveless told reporters in October that he would hold Royal Greenland’s feet to the fire. When the Independent asked the Department to expand on the Minister’s authority on this matter, they cited Ministerial power to suspend, cancel, or attach terms and conditions to fish processing licenses as outlined in the Fish Inspection Act and Fish Inspection Administrative Regulations. While nothing warrants an action of this nature, the lack of proactive clarity from government on the crucial issue of controlling agreements suggests their only vision is to either increase corporate concentration (foreign ownership or otherwise) or see more plant closures, divestment, and decline.

In the short-term, Royal Greenland’s increased clout in the provincial market could force competitiveness between them and other large processors in the province and region. Previously, the Independent reported “The Big Three” processors (Royal Greenland, Ocean Choice International and the Barry Group) collectively own about 32 per cent (29/90) of all registered facilities and 38 per cent (26/69) of all registered primary processing facilities. For perspective, the next biggest processor in the province owns five plants (Labrador Fishermen’s Union Shrimp Company Limited) with all others owning one or two.

Among the benefits of increasing competition between the big players is potentially making space for smaller outfits to compete. Wide-ranging pressures make generating foreign investment in a sector without sufficient domestic capital a very compelling option. But is it a short-term way to stem the bleeding that forfeits opportunities for long-term change?

Although the usual sources have pushed back against the Royal Greenland deal, it’s curious as to why there’s so little outcry from the general public, especially compared to what follows calls to divest from the oil-industry (see letter to the Prime Minister from the NL federal caucus this past May). The benefits accrued to this province from the fishery extend far beyond monetary gain. Unquestionably, the boats in many harbours and the plants on their shores are the source of economic prosperity for many communities (over 400 communities, in fact, according to the provincial government in its annual seafood report). And this doesn’t begin to enumerate what’s gained from fishing culture and tradition, both invaluable.

“For this Royal Greenland sale to have occurred, we already have had to have a very reduced view of what fish and fishing actually constitute,” Dean Bavington, Associate Professor in the Department of Geography at Memorial University of Newfoundland and author of Managed Annihilation: An Unnatural History of the Newfoundland Cod Collapse, told the Independent. “As long as fish and the fishery are deemed resources, abstractions, numbers, then they will continue to be eliminated—fishing to the brink and selling off the fishery as an economic asset. The more we lose the vernaculars tied to specific fishing peoples and places and times, the more we diminish its real (non-monetizable) value.”

If you value fish strictly as a commodity, then of course it makes sense to garner the greatest bang for buck. Some have pointed to the need to manage the fishery like a department store (The Independent 2011). Of course, the fishery should not be artificially subsidized to maintain a ‘house of cards’ status quo. But is it appropriate that communities reliant on the fishery must take the brunt of resource management failures in the hopes that corporate profits might trickle down?

The problem may be that the system is working exactly as intended: when fish stocks are high (not to be confused with sustainable), coastal communities and companies thrive. When fish stocks are low, companies divest and reorganize based on their best interest (the bottom line), while coastal communities suffer the consequences. This boom or bust cycle is offered as the best of the bad options. But absent here are serious considerations of what a modern fishery ought to look like—not to mention how to make an already shortened food fishery more accessible (The Independent 2020).

One alternative is Community Supported Fisheries (CSFs) as promoted by the U.S.-based Local Catch Network, which prioritize fair access and fair prices for consumers and fishers by connecting consumers with local and transparent seafood supply chains. This type of community-based approach to securing fishery resources throughout the supply chain could also help secure food sovereignty in the province, with some portions of fishery resources bought and sold locally. We also don’t have to look further than our own shores: Fishing for Success, a social enterprise located in Petty Harbour, along with other groups organized a Fish For Friday initiative this year to provide fish on Good Friday—an initiative that has continued through the COVID-19 pandemic.

Although the fishery has transformed greatly since the cod collapse, government and private-sector approaches of working-around-the-margins have not secured this invaluable resource for future generations. Debating transformational and structural changes to the fishery may inspire a move from a corporate-concentrated fishery to one in which benefits are seated in the community and province. Just look to Nova Scotia where First Nations are taking control of their fishery against the back-drop of shocking acts of violence and retaliation. Their persistence is leading to transformational changes in the lobster fishery, not just in Nova Scotia but across Canada. Although their advocacy stems from their sovereign right to the land and its resources, they are organizing a future where fish as food and fish as commodity will be managed to suit community (versus corporate) interests.

The inshore fishery has earned iconic status in this province, but deals like the Royal Greenland one suggest that status may exist in theory only. Then again, it suggests Royal Greenland sees value in the industry that domestic interests do not or cannot. Why? It’s also reflective of a trend to sell off domestic fishery assets in the name of economic growth. Given the continuing importance of the fishery, reactive and non-transparent policy decisions can no longer suffice.

Jack Daly is a fisheries policy analyst and research assistant. Jenn Thornhill Verma is a freelance journalist and Fellow of the Royal Canadia Geographical Society.

Spotlight: NL Arts in Education Winner Joanna Barker
“Watching students try for the first time is truly awesome. When they try music, love it, and want to keep learning—that's what gives me life.” 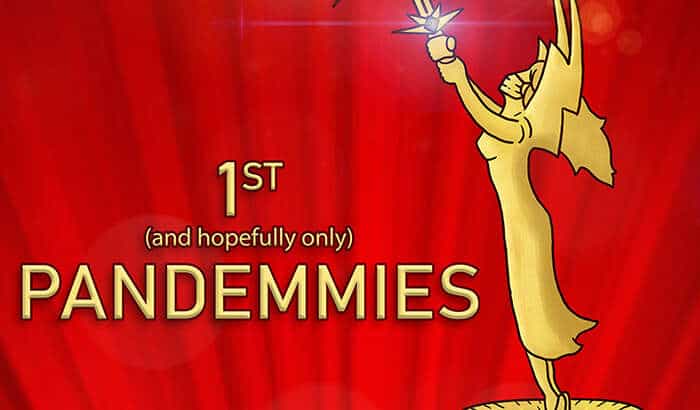 The Indy Presents: the 1st (and hopefully only) Pandemmies