“In this world nothing is certain but death and taxes.” –Benjamin Franklin.

“In this world death is certain for everyone, but taxation is far from certain for those allowed to avoid it.” –Ed Finn.

I recently received an unexpected letter from the Canada Revenue Agency. I always pay my income tax on time, but I still felt some trepidation. When my wife returned from the mail box and gave it to me, she said the expression on my face was akin to that of someone handed a ticking time bomb.

My foreboding turned out to be unfounded. The four-page letter consisted of a detailed analysis of my 2016 tax return, with tables and graphs and a form to fill out and send back to the CRA. I could have trimmed the bureaucratic jargon to a single sentence: “We have reviewed your last tax payment and found that you owe the government an additional $103.26.”

Our budget could withstand this modest amount, but the letter still irked me. I felt that the many days (probably months) that CRA minions devote to re-examining the tax returns of retirees could be better spent trying to collect the billions in tax revenue left uncollected from prosperous plutocrats and profitable corporations.

The extent of this stupendous tax avoidance was disclosed last year by the release of the Paradise Papers. These leaked files identified many thousands of individuals and companies that secrete income and profits in foreign tax havens to escape domestic tax payments. These financial hideaways have proliferated in many places around the world, including the Bahamas, Jamaica, and the Cayman Islands—the modern “pirates of the Caribbean.”

Among the plutocrats and profiteers named by the Paradise Papers as users of tax havens were more than 3,000 Canadian entities, mostly large business firms and wealthy families.

In a recent article written for the Watershed Sentinel, Joyce Nelson explains how tax havens enable Canadian corporations to withhold billions in taxes.

“This is how it works: A corporation makes its profits in Canada but can set up a subsidiary in a tax haven, usually just a PO box. The corporation can then shift its profits to the tax haven, where it pays no or low taxes, and keep its losses in Canada, where they are tax-deductible. The corporation can then repatriate its profits from the tax haven without being taxed on them, and convert them into dividends for shareholders, share buy-backs, mergers and acquisitions, and fat salaries and bonuses for its executives and other top officials.

“Tax havens are a way to starve our federal and provincial governments of the revenue needed to improve public programs and thus enable them to justify privatization and deregulation.”

As well as deep cuts in their social spending.

All of these users of tax havens, however, strongly deny any wrongdoing. They defy their accusers to prove they are guilty of tax evasion or even tax avoidance. Acquiring such evidence is difficult, especially in Canada where tax laws are more vague and loosely defined than in other countries.

“The tax rules in Canada are not clear and tend to cause confusion,” says Jonathan Farrar, associate professor of accounting at Toronto’s Ryerson University. “If they were clear, it would be much easier to determine if a person or corporation actually was guilty of tax evasion.”

It is significant that most of the leaked tax haven files originated with Appleby, the world’s largest offshore law firm. It helps its clients, including giants such as Apple, Nike, Uber, and many Canadian companies to avoid taxes legally by exploiting nebulous national tax rules. No wonder Canada ranks as one of Appleby’s principal sources of clients, surpassed only by the United States, Britain, and China.

Even though the CRA was given nearly $1 billion in the federal government’s 2016 federal budget, allegedly to crack down on tax defaulters, its lax tax collection performance hasn’t noticeably improved. And it won’t as long as our tax rules aren’t clarified.

Sean Davidson, a reporter with CBC News, after comparing the CRA’s record with those of other countries, advised that, “If you’re going to get caught cheating on your taxes, get caught in Canada. You might have to pay every withheld cent, plus fines and interest, but, once the CRA is done with you, there’s a good chance you won’t also land in prison.” That happens only to the worst tax evaders, so fewer than one in four offenders have to spend time behind bars.

In sharp contrast to this tepid treatment of tax withholders in Canada, the United States jails 80 percent or more of its tax evaders, and Britain is in the process of implementing a fivefold increase in its tax-related criminal prosecutions.

One of the main defects in Canada’s tax system is that the CRA adamantly refuses to divulge the extent of the gap between the amount of taxes due and the amount actually collected. The agency admits that, in every year between 2000 and 2014, about 5.6 percent of potential tax revenue went uncollected, but doesn’t identify the offenders or explain how or why they got away with it.

Alex Boutilier and Robert Cribb, investigative reporters with the Toronto Star, point to another major problem with the CRA’s skimpy data. “It ignores the white elephant in the room: the uncollected offshore taxes from the billions of dollars flowing out of Canada to foreign tax havens.”

They report that, over the past six years, three different parliamentary officers who are mandated to report to Parliament on fiscal matters have also encountered the CRA’s formidable wall of concealment. Their requests for more information on the gap between taxes owed and taxes collected have been repeatedly and stubbornly denied.

The current parliamentary budget officer, Jean-Denis Frechette, deplores the long and fruitless tug-of-war with the CRA over access to vital tax gap data. “We had legal counsel, they had legal counsel. Our lawyers said the PBO reports to Parliament and so should have access to fiscal matters, their lawyers said we didn’t. After six years of futile sparring with them, we had to give up and walk away.”

Boutilier and Cribb point out that, unlike Canada, more than a dozen other advanced countries, including the U.S., the U.K., Sweden, Denmark, Belgium, and Australia, measure and publicly report the amounts of their uncollected taxes from both domestic and offshore sources. “They do so in order to understand the size of their shortfalls and plan effective strategies to address the problem.”

“In Canada, however,” says Frechette, “as long as the CRA keeps our governments in the dark, they are forced to make public policy on tax issues in a knowledge vacuum.”

Why does the CRA remain so obstinate in withholding this vital tax information? Is it because that revelation would further tarnish its questionable collection performance? Or is it because the country’s political leaders—for whom corporate interests always predominate—are secretly instructing the agency to keep the relevant facts and figures under wraps?

The latter explanation is certainly plausible, given the exposé written by Marco Chown Oved in the Toronto Star last June. It disclosed that “Canada leads the world in the number of tax treaties and agreements it has signed that allow multinational corporation to escape taxation.”

Canadians need to be informed

The magnitude of this massive avoidance (if not evasion) of taxes in Canada is not yet known by most Canadians. Dennis Howlett, who heads the reputable Canadians for Tax Fairness agency, after long and thorough research, estimates that corporations and the wealthiest Canadians are sending well over $250 billion every year to offshore havens to avoid paying taxes in Canada.

The tax on that enormous sum would come to at least $10 billion annually, and potentially to $15 billion or more. If those taxes had been added to Canadian government revenue for the past ten years, as they should have been, instead of being stashed away in tax havens, they would have immensely increased funding for our social programs. Public health care could have been expanded to include prescription drugs, dental and vision coverage. We could now have free university tuition, free and much improved child care, refurbished infrastructure, and much better treatment of our Indigenous peoples.

In the process of implementing these too-long-delayed social and economic reforms, the scourges of poverty and inequality that now ravage our society would be eradicated, or at least appreciably diminished. The perception of Canada as the best country in the world would be changed from myth to reality.

But for this prodigiously beneficial transformation to eventuate, two key developments will first have to be made.

First, a majority of Canadians must become aware of their governments’ complicity in allowing the wealthiest citizens and most profitable companies in this country to refrain from paying their fair share of taxes.

And second, when enlightened voters next participate in federal and provincial elections, they must vote for candidates of a party that promises to convert our badly flawed tax system into one committed to full and fair tax collection.

To ensure that candidates are more likely to keep such a promise (far from certain otherwise), they should be asked to sign a pledge to that effect.
——
(For a more detailed and informative analysis of tax avoidance and tax collection, see Joyce Nelson’s eye-opening essay – “Tax Havens and the Other Paris Agreement” — in the Watershed Sentinel. (watershedsentinel.ca/articles) )

The last season of the cofferdam? 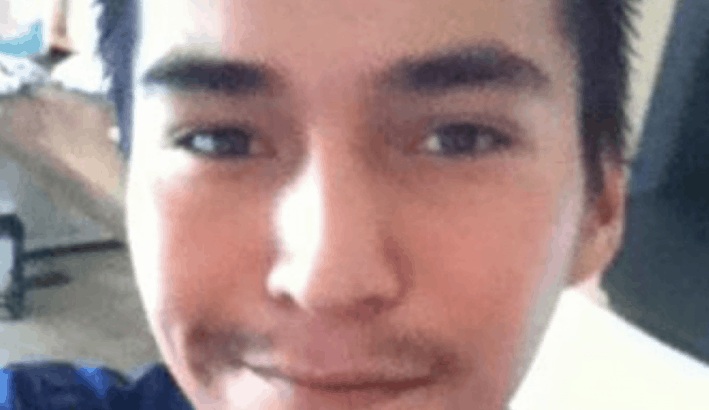