Well, the provincial election is finally here. After months of rumours and weeks of high-volume spending announcements, Premier Dwight Ball this week called a snap election for 16 May 2019.

If your democratic morale is low, fear not—this will all be mercifully over by May Two-Four, so we’ll be able to flee into the woods and get drunk to process what’s happening. Lord knows it will be necessary.

To be honest, this barely even feels real. The whole campaign is already a giant fever dream.

Twirling Towards the Future

Even though everything is happening according to their schedule, it’s hard to avoid the impression that the Liberals are flying through this by the seat of their pants. They spent the last month making major funding announcements obviously meant to shock and awe the electorate into submission. We got the $2.5 billion Hibernia Dividend; we got the elimination of tax on auto insurance and a ton of infrastructure; we got a rate mitigation plan that hinges on $200 million in mystery funding from the feds; we got a budget largely written by McKinsey & Co. that is worth roughly as much as the paper it’s printed on because it’s less a budget than a breathtakingly shameless election advertisement. And we got this early election, in part, because the Lieutenant-Governor was leaving town this week for a vacation in Florida.

It’s very 2019. Not even our most hamfisted metaphors stand a chance against the actually-existing reality of Newfoundland and Labrador.

Everything old is new again. The Liberal campaign so far is classic Tobin: big flashy multi-year funding announcements and snap elections to steamroll your opponents. Whoever is running this operation must have been beamed in directly from 1999. But we’ll see whether voters are still as easily impressed with this nostalgia for a ‘better tomorrow.’

Building a campaign around Dwight Ball’s personal strength and appeal is another interesting choice. The last pre-election MQO poll in late March puts the Liberals and Tories virtually neck-and-neck amid a sea of undecided voters. Ball’s leadership assessment pegs him at 5.2 on a scale of 10, and nearly half the province believes the general outlook on the place is getting worse. The decision to kick off an election by claiming everything’s coming up Milhouse is definitely out of sync with the public mood, and placing Ball’s smiling face on a bus next to the words “clear direction” and “proven leadership” is flirting with the post-satire danger zone.

If this was an election with real opponents, the Liberals might almost need to be worried.

This is the other surreal part of the election: not only the Liberals taking creative license with reality, but the truly dismal state of the opposition parties. Ches Crosbie looks roughly as thrilled to be leading the Progressive Conservatives through this as he would to get a root canal. His first pre-election announcement was casually musing about a quasi-judicial committee to take a look at cutting healthcare costs; his first two days on the campaign trail were spent repeatedly walking it back—and profusely apologizing to Sean McCann for using some music without permission. The campaign has yet to line up a full slate of candidates and many of those already signed up are cousins or direct descendants of past and present Tory greats. This seems fitting for a party premised entirely around a Crosbie Restoration.

We’re a long way from “New Energy.” With two solid weeks of testimony at the Muskrat Falls Inquiry going straight through voting day, the Tories may yet clue in that maybe voters don’t want a showcase of direct continuity with the Big Blue Machine.

For both major parties, it’s all going to come down to the candidates at the district level.

But the provincial Tories, at worst, are facing some modest embarrassment; the NL NDP faces outright obliteration. In what should otherwise be a knock-down election for them—it is rare to see a Newfoundland and Labrador electorate so blasé with both governing parties—the party instead managed to dismantle itself completely 45 days before the writ dropped. Gerry Rogers threw her ten-month tenure as leader out the window in February, leaving Alison Coffin to come in and try and invent an election campaign from scratch. Then, because certain members of the party would prefer to start a civil war through the media than talk to one another, the NDP proceeded to shut down St. John’s deputy mayor Sheilagh O’Leary as a candidate and bled some of its stronger names (i.e. George Murphy and Nicole Kieley) to the Liberals.

As it stands, the NDP have five of their 40 candidates in place and less than a week to sort everything out. It is grim. But low expectations can make their own luck; Coffin is an unknown quantity to the public, which makes the high-energy MUN economist a wildcard in a leader’s debate. This would be more helpful if there was a party apparatus that could translate her clowning the other leaders into votes. But hey: they’ll be ready for that in 2023! (Maybe.)

Speaking of wildcards: this will be the first provincial election in a long time to feature a fourth option on the ballot. Graydon Pelley and the achingly earnest NL Alliance was ratified just before the campaign started, and they’ve already started assembling a motley crew of candidates intent on abolishing the party system in Newfoundland and Labrador. Their ‘policy discussion papers’ are less specific promises than speculations about the sorts of radical structural overhauls they feel are required to make local politics less brain-bleedingly partisan. I honestly have no idea what to expect from the Alliance campaign, but they already fit perfectly with the powerful ‘magical realism’ vibes of this provincial election.

The holiday lull of this electoral phony war will not last. At the very least, things should pick up once everyone has their candidates in place and there are 40 actual races to run. But if you are looking for a meaningful discussion about the problems in this province or visions for its future, you’re probably out of luck.

Silly season is only just beginning. It’s going to be a very long month. 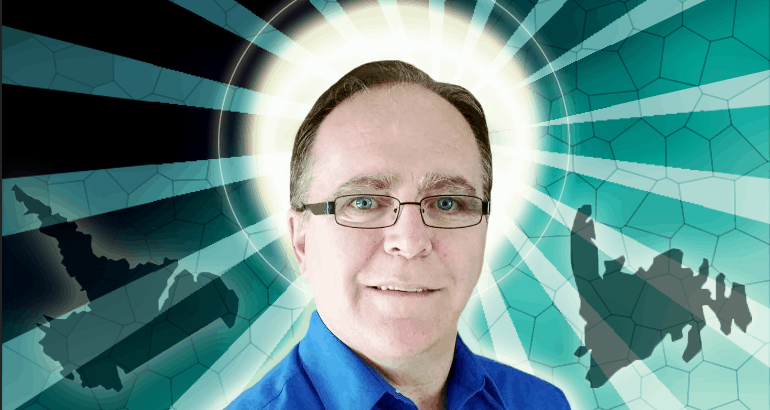 The Passion of Graydon Pelley