Visualize the future? Live in the present? With so much conflicting advice, it’s hard to know how best to turn our dreams into reality!

Here we are again in the middle of another January. If you’re anything like me, you’ve got the winter blues something fierce – as if it were on a timer. The resolutions we made a few weeks ago have fallen between the sofa cushions, to be retrieved some other time – maybe when summer rolls around and you need to look less ghastly in your swimming get-up. If you’re watching winter pass by your living room window through mounds of snow and swirls of wind, it’s highly likely the weather isn’t providing you with any sense of comfort either. The days are short, the air is freezing, and there doesn’t appear to be any hope in sight. It seems as though the winter blues are here to stay.

As is the norm, a new year means a new onslaught of articles on how to live one’s life to the fullest, and how to squeeze every last drop of happiness out of the coming year. I’ve been giving and receiving a lot of conflicting advice lately on how to deal with getting through tough patches in life, be it surviving the winter blues or making it through a tough work week. When my friends confide that they aren’t particularly happy with their jobs, I usually encourage them to think about work as a series of steps, one job leading to the next until you make it to the (self-described) top. Given some of the less than stellar jobs I’ve had to suffer through in the past in order to pay the bills, I always found this kind of thinking terribly comforting. Nothing seemed as bad if I always thought to myself, “This is just for now. In a year, it’ll be a funny anecdote to tell your co-workers at your new super fab job.”

This kind of thinking requires you to push the focus down the road a little, to dream and imagine a better situation for yourself, and to have fun while doing so. I would always let my mind wander to the places I would live in around the world, the people I would meet, and (most importantly) the food I would eat. Teaching a language is a great excuse to move all over the place, and I would highly recommend it to anyone who bores easily. I would not highly recommend it to anyone who has pets. Nightmare. But I’m getting away from myself. The point is, I am rather fond of dreaming about the future. And I know I’m not exactly alone. Who can forget all that hype about a book that was published a few years back about “visualizing” your future in order to guarantee it becoming reality? When I first heard about the idea of visualization and positive thinking, it sounded great. You get to daydream about awesome things that will happen to you in the future, and then they do! What could possibly be wrong with that?

You brought this on yourself…

I think I did it wrong somewhere along the way, and I honestly didn’t do any real reading or research into anything behind it, so it shouldn’t have come as a surprise when it didn’t work in the slightest. It actually started to make me feel really insane, and wildly guilty, as though anything negative that happened to me was something I had brought upon myself – something I had (subconsciously or not) wanted to happen. Could it be that my negative energy had willed these things into existence? That was just an unacceptable way to think about what was going on in my life at that time (particularly abysmal job, no close friends in the same country as me, etc.), so I gave up on the theory and just let my mind wander around in the future whenever I felt bored or worried about the present. It’s fun to imagine hopping on a plane and running away from it all, yet not committing to anything. Escapism at its finest!

Unfortunately, I read an article the other day that stomped all that escapism into the ground. Well, perhaps not stomped – just definitely intellectualized it to an unceremonious death. According to this rather convincing article, it isn’t doing me any good to constantly live in the future as I am thereby missing out on the present. I understand the point of view that encourages us to be aware of the things we are doing now so that we don’t constantly live in a perpetual future verb tense. The idea that the future could be a symbol of certainty and security hadn’t occurred to me. I’d been thinking of it as exactly the opposite – or, at least that’s what I thought I was thinking. But it follows that we take a lot of comfort in the idea of New Year’s resolutions, and in pre-set chunks of time at the beginning of sentences such as, “A year from now….” If I keep thinking about how awesome things are going to be when I finally get my act together a year from now, then I don’t have to feel badly about the things I don’t like now. The things I don’t like about my life are permissible now as long as I make promises to change them in the near future.

I see the value in being more “present” and more “in the moment”, I see the value in not always thinking ahead and missing what’s happening right in front of you. But I have to admit I’m not entirely ready to give up on the daydreaming just yet. I still like to dream about my next teaching job in a quaint town in Japan somewhere, or maybe in a hippie-esque city in Mexico where I can ride a bike as a primary means of transit. I dream of snow and wind when I look out my window and see nothing but desert, especially around this time of year. When I’m having a hard time at work, and can’t sleep at night, I take a lot of comfort in the idea that nothing is permanent. There must be some way for me to balance living in the present, which feels too juvenile, with living for the future, which feels too escapist. Perhaps if we all just changed the verb tense of our New Year’s resolutions: for example, replace “I will go to Sri Lanka” with “I’m saving money to go to Sri Lanka.” That way, the future ‘You’ becomes a byproduct of the present ‘You’, and all those anxieties about failing to live life to the fullest can be soothed.

“We are here to laugh at the odds and live our lives so well that Death will tremble to take us.” — Charles Bukowski 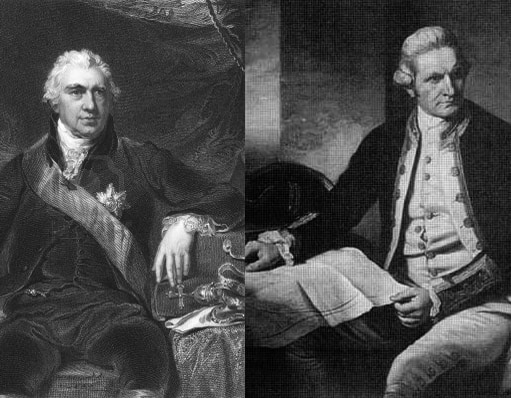 Where the grand Banks met the farmer’s son
In October 1766 in St. John's, a chance encounter took place that would eventually change the world