When you’re far from home, the magic of the season appears in unlikely ways

It’s here again already, that magical time of year. Just a quick look up and down your street (if you can see through the blowing snow) will show you the blinking lights and the jolly man cut-outs of Christmas. Although, I admittedly wasn’t feeling very magical as the drive home saw some swerving close calls and truckloads of salt.

Wintertime is a complicated season when it comes to feelings. It’s usually around this time of year that stories pop up in the news about avoiding seasonal affective disorder, or how we should stay active and social during the long grey stretch. For a season that lasts as long as winter, and is cold and dreary much of the time, it’s hard to stay upbeat all of the time. One of the few examples of bright lights in those dark days of winter is usually wrapped around a pine tree in your living room at this time of year. Christmas is packaged and sold as a time of goodwill, good cheer, and good feelings – and it’s doubtlessly all of those things. But just like winter, Christmas can be a complicated mess of happiness and sadness with a side of mulled wine. What happens when Christmas isn’t merry and bright?

If only in my dreams

One of my loneliest moments to date was on Christmas morning about seven years ago. I’d been living in Korea a little more than half a year, and had more than blown my travel budget for that particular week off. I didn’t think it would be a big deal if I stayed around the city while all the other foreigners ran for the airport, off to a beach somewhere for a sun-soaked holiday. Surely there would be enough to do with some of my Korean friends around – go out for a meal, do a Secret Santa exchange, have a tipple. What I didn’t realize at the time was that Christmas wasn’t celebrated quite the same there as it is here. There is a national holiday on Christmas Day and decorations around, but there aren’t any family and friend gatherings that are commonplace here around this time. It’s mainly an event for the kids, or for young couples. Christmas in Seoul seemed to be about spending the day with your boyfriend/girlfriend and eating a cake with a Santa Claus on it.

I also didn’t realize how awful I would feel waking up alone to just another day on the 25th. As a child, Christmas was unbelievably exciting and had a lot of cozy feelings tied up in it – going around to visit our grandparents on Christmas Eve, waking up together the next morning to open presents, turkey dinner and then a long nap for everyone. It was one awesome thing after another for a kid. Later, I grew into a moody teenager (which spilled over into moody 20s) who thought that it was all a bit silly, gaudy, and overdone. I had reconciled a middle ground by the time I’d finished university and had moved abroad. However, I was not prepared to wake up alone one Christmas morning, à la Kevin in Home Alone (except without the amazing house and beautiful decorations), and wanting nothing but my family. I felt so lonely, and then angry at myself for feeling lonely because I thought I was being childish. How dare I feel so achingly lonely and heartbroken on a day that is so materialistic… right? I truly didn’t know what to do with myself as I walked around my neighbourhood, watching everyone go about their normal day, save for the couples feeding each other cake in the coffee-shops. I wanted to appreciate being in a different culture and feel that curiosity I had felt every other day of the year, but it was so hard to do when all I could think about was how much I missed my family.

Christmas Eve will find me

Well, after that particularly solitary Christmas things were less dire in the years that followed. I started to realize that living somewhere where you don’t know a soul means you have to build a makeshift family from your close friends, which will then make times like Christmas less sombre and more filled with joy. I also learned that if you reach out to people, they often reach for you, too. A few years after my first Christmas away from home, I was living in Madrid. The holidays were right around the corner, and once again there wasn’t enough money in my bank account to pay for a ticket to Newfoundland. Of course, Christmas in Western Europe is much more similar to what I was accustomed to in Canada, with family-centred events taking up most of the holiday. My friends were heading back to their respective homelands to see their parents and I didn’t much care for the idea of being alone again – especially in a place where Christmas was a big deal. In the middle of a conversation one day, my friend asked rather nonchalantly: “Would you like to come spend Christmas with me and my family?”

I’m not certain I played it cool. I was overjoyed. A family at Christmas!

I was worried first about crashing on sacred family time, but my fears were quickly dismissed when I got to my friend’s parents’ house. The entire family welcomed me in as their own, complete with a bed, a place at the table every suppertime, and gifts under the tree. I was even invited along to the big Christmas feast and gift exchange at their grandparents’ house. The extended family was equally as welcoming. One of the aunties handed me a handsomely wrapped present and I looked at her, surprised. “It’s Christmas, and you are here, so you are family,” she said. I tried very hard not to cry like a baby. It half worked.

Where the love light gleams

This year I am finally back home for the holidays. This is the kind of Christmas I remember from my childhood, but it still catches me by surprise sometimes. I still feel twinges of sadness around this time of year, even though I’m in very close proximity to my family. Maybe it’s the lack of sunlight that we get this time of year, or maybe it’s my brain trying to balance out the saccharine overload by giving it something sour. I’m not entirely sure why, but I get pangs of sadness mixed in with my holiday cheer. It could just be that the whole thing can be a bit overwhelming at moments, so we need a little downtime to balance it all out.

What about you? Do you feel some sadness mixed in with your merry-making around the holidays? Or do you ever feel overwhelmed by the season? 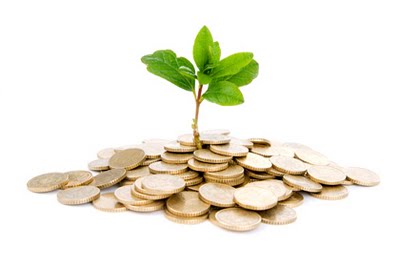 Giving credit where credit is due
Brandon explores giving gifts that keep on giving, and growing, our communities and those around the world for this holiday season

The War of 2012
This year's War of 1812 commemorations may amount to nationalist pseudo-history, but don't laugh too hard. They are part of a more serious campaign: Stephen…