What does it mean to be Canadian when you’re living abroad?

Working as an English language teacher in a city with dwellers from all over the globe tends to draw forth some recurring themes. I get asked the same kinds of questions over and over again on a daily basis. I’m not sure if you’re aware of this, but the rest of the world thinks that we live under a mound of snow most of the year, that we’re extremely non-threatening, and that we have a lot of bears. In fairness to everyone who immediately thinks of these things when I tell them I’m Canadian, I suppose they’re not entirely wrong. The follow-up questions are the ones that always get me. As a teacher in front of a room filled with people from at least three different continents, they ask me questions about this land so far away and expect me to be able to answer with confidence. Telling my students that we do have summers, and that they are in fact snow free, is the easy part. However, speaking as the authority on other national matters is a task I’m less comfortable with. It often makes me wonder more about myself. Am I patriotic enough? Should I be? What is my responsibility as a Canadian abroad?

Here in Dubai, I mainly spend time with UK nationals, along with a couple of non-Britons thrown in for good measure. Sometimes when we are out and about, doing our best to forget the work week, we’ll see some anti-social behaviour and my friends will react in one of two ways – either they’ll get misty about how much they miss “home” or they’ll get embarrassed about this person sharing their nationality. I rarely get the same opportunities to feel one way or the other. I’m sure there are plenty of Canadians who live in the places where I have lived (and currently live), but I haven’t happened across any just yet. Sometimes I wonder whether I’m ever (unknowingly) on the receiving end of eye rolls or embarrassment. I think I apologize here as much as I do when I’m in Canada, and I haven’t said hockey is a joke of a sport so I think I’m safe. But is that enough to make me patriotic? And do I even want to be?

A unique sort of identity

Canadians are a special bunch, I think. We’re not quite the flag flappers that other countries tend to be. Well, I also hesitate to say that with any justification. I mean, we don’t appear as such to the rest of the world. My point is, I don’t think Canadian is always something that you can mark someone as after a few sentences into a conversation, or from across the room for that matter. Maybe that’s why I feel really uncomfortable when my students ask me generalized questions about what Canadians “like” or “feel” about something. I never know what to say. I don’t feel I have the confidence to respond the way they respond when I ask them about their home countries. That being said, I feel decidedly unimpressed when someone asks if I’m American. Although, that has not happened to me in years – so I wonder if the rest of the world has offended a Canadian somewhere along the line, or is my accent just really confusing? I have no idea. I really should start asking people.

All this being said: what, if anything, do I even do that is distinctly Canadian? Well, last week I had a few days off and decided to spend it hunting down restaurants in Dubai that serve poutine. I found two places, and was terribly comforted by one in particular because of all the Canadian-ness that surrounded me once I sat down. There were hockey jerseys on the walls, with pictures of hockey players interspersed. There was also an area for patrons to write messages. This space was filled out in both French and English, with no lack of distinctly Canadian references. The only thing missing was a hockey game on in the background – although according to a quick internet search, this is also something the restaurant does on the regular.

I was rather impressed and had refilled my Canadiana quotient for the foreseeable future, and so I told some of my co-workers about it. The only other Canadian I currently work with was not as excited as I was to have found the place, and told me he had never had poutine before. What??? What??? Oh, dear. Best to tell the band to hold off on launching into a rousing rendition of our national anthem, then. I guess one could argue that poutine is more French-Canadian, but really… what’s not to like? At least my British pals were impressed and loved every last bite. And so did my friend who is Costa Rican but spent a year in Montreal. Okay, je suis calm again. Everyone likes poutine.

Speaking of French, I can think of another instance when my heart breaks for our fair country. I often speak with people from France, Belgium, Algiers, and other countries where French is a national language. If ever it comes up that I’m Canadian and possess a certain level of comprehension with the language, it’s usually met with eyerolls and grimaces about the way French is spoken in Canada. I may not be French-Canadian, but I still find that offensive. I mean, I speak English in a particular way but I would never tell someone from New Zealand that they’re doing it wrong. That’s not really how language works. One dialect/accent/country does not have authority over how another one functions on their own turf (in this case, turf being the language itself). I wouldn’t dream of telling a Kiwi that jandals is not in fact a word (no matter how mental it sounds), and so how can someone from France tell a Quebecois that “babouches” isn’t as good a word as “tongs”??

Language is one way that we carve out our patriotism, I realize upon reflection. Maybe that’s why the Americans and British people I’ve worked with get far more bent out of shape over spelling and turns of phrase than I ever could. My accent is not one that you could immediately identify. I don’t have a whole list of particular habits that give away my nationality. So, perhaps in the end I’m uniquely Canadian because of those things. Well, that and the fact that I would walk along a very long road in desert temperatures to sit down next to a picture of Patrick Roy and eat poutine. 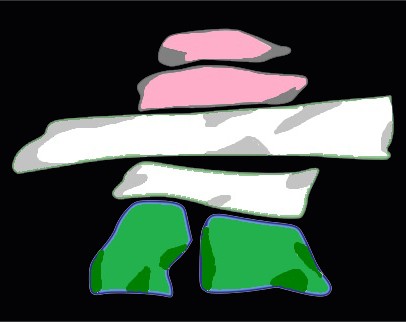 Land use panning
Would you bother doing business with a government that shows it can't be trusted?

Have baby, will travel
Travelling with a child can be exciting and rewarding