Teaching in a fishbowl

Up until a few months ago, I had been getting quite comfortable with my place in the world. I don’t always feel at home in Newfoundland, as I’ve written about many times before in this column. But I suppose there are some aspects of a comfortable life in our belle province that I tend to forget until I’ve left. For example, no one yells English phrases at me from across a street and then promptly collapses into giggles with friends. Nobody stares deeply into my eyes and wonders at the colour. Same goes for my skin. I’d forgotten what it feels like to be a bit of a novelty and a wonder to a large group of people. Until I started teaching English abroad again, that is. Suddenly it’s flooding back to me now: that feeling of teaching in a fishbowl.

The first time I experienced that was while standing in front of my first ESL classroom back in 2005. A room filled with 35 teenagers stared at me and no one made a sound. I felt like a fish in a bowl or a monkey at the zoo. I half expected someone to come up and tap on the glass halfway through the lesson. (That never happened, although more than once someone tapped on the bridge of my nose and said, “Wow”.) It’s a very uniquely disquieting feeling to suddenly be so aware of being watched. Actually, I’m not sure “watched” is the correct verb I want to use here. I think “observed” is more appropriate in this particular situation. Now that I’m living in Dubai, I don’t often get that feeling because it is a fairly blended city when it comes to nationalities. I do, however, teach a class at a local high school here and those two hours a week feel like an anthropological study at times. I’m not entirely sure who is watching whom, but there is a significant amount of observing going on to be sure. I sometimes wonder what effect this has on me – this feeling of being observed. Does it make me change how I behave? Does it impact how I teach? And why do we behave so uncharacteristically when faced with something we’re not used to seeing?

Yesterday morning as I walked across the courtyard of the local high school where I teach twice a week, two young students (not mine) came running over to me giggling and excitedly talking to each other in Arabic. After they had composed themselves, one girl nudged the other and she cleared her throat.

“What is your name?” she asked, carefully sounding out each syllable.

I answered and she nodded.

“Where are you from?” she then asked, equally as carefully.

I answered that question as well and waited for the next, but instead of asking anything else the young students ran off giggling, back to the other side of the courtyard where they had been waiting for me earlier. My co-worker, a teacher from the UK, raised an eyebrow and gave me an inquisitive look. What was all that about?

That kind of thing used to happen to me much more often when I was working in South Korea. Students at the school, people on the subway, kids in grocery stores with their mothers… It was a particularly common part of my life when I was living in a small town there, as I stood out like a sore thumb everywhere I went. It never bothered me much until I started to realize that it was affecting me in several less than positive ways. I always went shopping for groceries after the sun had set so that kids wouldn’t recognize me and shout “HELLO-HOW-ARE-YOU-I’M-FINE-THANKS-AND-YOU!” at me across the street. I know that doesn’t sound like much of anything, but getting shouted at and not spoken to gets to be very lonely after a while. You start to feel more like a circus freak and less like a human every time it happens. I also stopped talking to people on the subway because I grew weary of being a mouthpiece for Caucasian-North American-English-as-a-First-Language people, worrying I wasn’t providing a very good sampling. I also started to lose patience with the students in my classroom, laughing until they cried whenever they said something in English that sounded wildly funny to them for reasons that were always beyond me.

Okay. I know it’s fascinating to have someone in front of your classroom, speaking to you in a language you only partially understand. It’s also particularly captivating if they look different from everyone else in your life, or if they have different mannerisms that are strange and new. I didn’t have much of that in my life as a student, but I do remember one of the French teachers at my school when I was a kid who was an absolute enigma to me. First of all, she was young and very stylish (unlike most of the other teachers at the school). She spoke French all the time. (Upon reflection, I’m not sure if this was because she believed in an immersion classroom or because she spoke English with a French accent and so it sounded French to my five year old ears). Looking back, I remember observing her and wondering all sorts of things. It never occurred to me that she was a real person with a family and hobbies and occasional hurt feelings. I never went so far as to yell phrases at her in French and then run away giggling with my friends, but I’m sure it happened.

Now that I’m the strange object in front of the room, I do wonder what that makes me in the eyes of my young students. The teens I teach currently have a high enough level of English to get main ideas across, and to answer questions on topics we study in class. But there is hardly ever any back-and-forth between us. Granted, I’ve only been teaching them a short while and so maybe as we spend more time together and get to know each other that will change. But I do wonder if I’m treated differently because I am, well, different. For example, do the same students wander in late for their other classes? Do they whisper and laugh as much in History class as they do in my English class? Do they look at me as less of a teacher, and more of a spectacle? I think they do, but I’m not quite sure how I feel about it yet. Some days I’m convinced it works in my favor. I have certain built-in characteristics that keep their attention longer than some of the other teachers do, surely. Or am I trying too hard to find a silver lining? There are other days, especially when I’m tired and things aren’t going particularly well, when I wonder if they’ll ever just look at me simply as an educator, rather than a strange lady in weird earrings making incomprehensible noises at the front of the room. Fingers crossed. 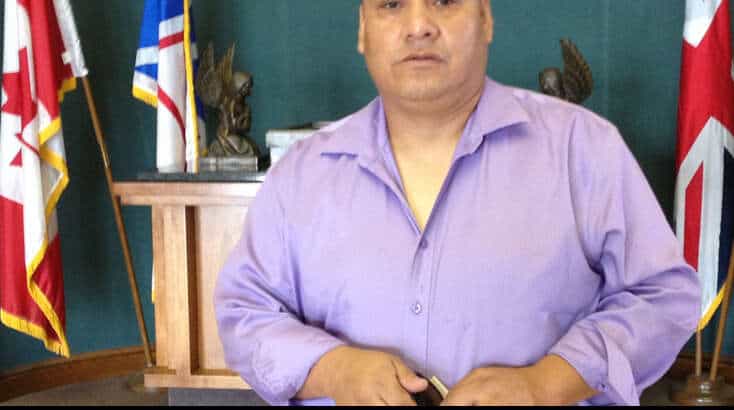 Innu-vate, don’t perpetuate
The CBC has apologized for its problematic coverage of Innu communities. But that's only the tip of the iceberg.