Whether we want, have or need to, at some point in time many of us leave this place we call home. Sometimes we may grow and even ‘find’ ourselves while away. Other times we may be lost before we leave.

Like the characters in one of my favourite novels, I am also fascinated by the idea of escape. One of the few books that managed to remain visible through the mud of my undergraduate reading list is The Sheltering Sky by Paul Bowles. The young characters run from a life of ease in New York and wander around the deserts of northern Africa in the 1940s. There are undoubtedly many themes in the novel that a literature class could really sink its teeth into, but I’ll not spoil anything here as far as the ending is concerned. The characters get lost in an unforgiving landscape, they face peril and meet adventure to both good and horrifying results. I’m not sure I got as much from the book when I read it in my early 20s. Now that I’ve lived in places that were bizarre and confusing, I read it very differently. But again, no spoilers here – I’m mainly in it for the bleakness, anyway.

Sometimes escape is just a summer holiday at a cushy resort. No meetings, no snow to shovel, no soap scum that begs attention – just the sweet escape coupled with an umbrella-topped drink. While that’s enough escape for some, others need more. Sometimes being a tourist isn’t enough; you need to escape for a longer period of time and carve out a little rut of your own somewhere without having a return ticket in your luggage. So what are we escaping, and what do we get in return for running away for a while?

In keeping with an old tradition, and a current hot topic, I left Newfoundland for work. I didn’t head west like many do, I went east instead. In the beginning of my life in the Far East, I met a lot of people who were doing the same sort of thing I was. We were all recent university graduates with an array of specialties that were not exactly door openers in the west. The majority of people I met were trying to escape debt and the idea of living in their parents’ basements. We were fairly unemployable in our home countries.

Despite having sunk four or more years into higher education, none of us had much work experience to speak of, nor did we have easily definable skills that would translate neatly into a job title. The lure of teaching English in countries far away was a fantastic way to escape the fear of permanent childhood. We were getting a comfortable paycheck, living alone, paying off that student loan debt (well, some of us were), and doing our parents proud by stepping into the working world.

Inevitably, the more time I spent in foreign countries, the more stories and confessions I heard whispered over nearly empty beer glasses. One evening while having a drink with some of my expat friends, we started to talk about another friend who hadn’t come out that evening. ‘Was he alright?’ we wondered. Someone at the table mentioned he was struggling quite a bit with the culture shock and with his job. We started to talk about ways to make it better and the fact that the contracts we had signed were only a year long. There was always an end in sight. It turned out this was not the case for our friend who was struggling. He had come to Korea as an escape from failed business plans, ever mounting debt, and tax problems of some sort. There was no going back home for him, not at any point that he could see, at least. I still remember sitting and listening to this and thinking about my own situation. I was escaping debt, too. And how long until I could stop escaping and go back home? Was that an option? Was that even a goal?

So I kept on working, and met more people in my travels. The list of ‘Things We’re Running From’ kept getting longer and more complicated. Sometimes people were just traveling through, looking for the next big adventure, and escaping boredom for a while.

A few people I met reminded me of characters in a novel, running from a ghost back home but not necessarily making things any easier on themselves. It seemed like there was everything from heartbreak to death in the family, from feeling blue to undiagnosed mental illness. Of course, in our circles of friends no one was a psychiatrist and there was always someone who liked to gossip a bit too much, but some stories ached just from facts alone. One of my dearest friends had left America to start teaching English abroad. We wound up working at the same school for a year but remained close after going on to different jobs. Both she and her brother were grieving the passing of their mother, but in very different ways. She worried quite a bit about her brother as he drifted between jobs and countries, often not hearing from him for months at a time. She told me she was angry with him for running away, and for escaping. He’s looking for something he’ll never find, she told me. I guess not all escapes are sweet.

Why do you wander?

Kit, the female character in The Sheltering Sky, falls into a kind of rabbit hole of her own during her great escape. She loses her way, her friends, her sense of self… all of the things we worry about when we leave home. So, is there any benefit to making a break for it? I really couldn’t tell you. Sometimes it clears up one stressor (i.e. you get a job that pays off your debt) but brings on ten others. Then again, sometimes getting away from who you thought you were teaches you who you want to become. Sometimes you find your way, and sometimes you don’t – but maybe that isn’t the point of a great escape at all. Maybe J.R.R. Tolkien was right – that not all who wander are lost.

Poll-itics
They manipulate the polls. You always knew it. You let them. 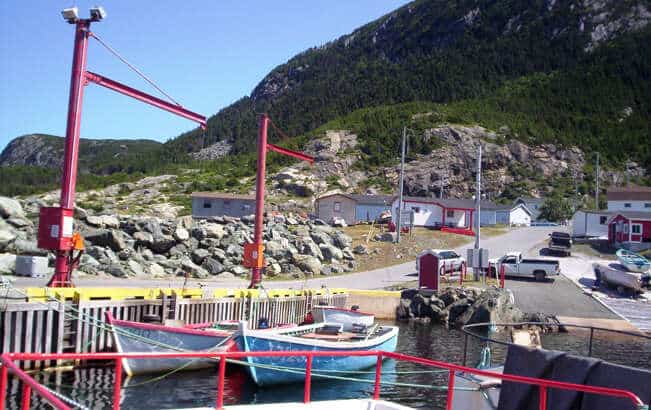 Absurdities of global food travel
How we're selling ourselves short