Born in one place and raised in another by parents from somewhere else. It’s difficult not to feel out of place in a city as multicultural as Dubai. But it makes you wonder: what would it be like to raise a child here?

On my way out of the office the other day, a co-worker kindly offered to drop me off at the metro station. On the short drive there we made polite small talk, and in that short space of time I learned a lot about him. He lives and works here in Dubai while his wife and kids are “back home” in Pakistan. He goes to visit them as often as he can, but not as much as he would like. He showed me pictures of his daughter, born just a few days ago, and told me he was counting down the days until he could see her. This is the kind of thing that I have been hearing quite a lot since I arrived in this city. It feels like I’m constantly hearing fascinating stories of how people came to live and work here, and what motivates them to push through the struggles and hardship. Possibly the most common reason I’ve heard so far is the children.

The stories I’ve heard do not match any idea I had of Dubai before coming to live here. I wasn’t so insulated as to think that this city didn’t have its share of humanity; it’s just so different from the usual marketing suspects one finds while reading about this unique city.

I’m intrigued by the layers of perceptions people have of Dubai, my own included. The tourism industry tends to promote the endless opportunities for shopping and dining, with a very long list of superlatives. There are plenty of “tallest”, “biggest”, and “most” things to go around. And while that is true enough (there are an awful lot of –est’s here), so rarely does the tourist-y side of Dubai collide with the everyday life side of Dubai.

Curiously, there is a bit of a geographical divide that helps to maintain some of this distance. Many, indeed not all, tourists tend to stay in the end of the city that boasts a lovely marina, countless restaurants and impressive structures to snap photos in front of. That end of the city has a very resort-esque feel to it with close proximity to private beaches, well-reviewed restaurants, and a well-promoted nightlife. All the way down at the other end of the city, near the creek, is a completely different neighbourhood. To be fair, tourists also wander around this part of town, too. But the surrounding neighbourhoods in this part of the city have that everyday-life feel I referred to earlier. People coming and going with their groceries, deliveries strapped to the back of motorcycles, workers heading for the metro – the slow waltz of a real life rather than the showy hustle (or whatever dance you prefer) of holiday life.

Are the kids alright?

The first time I came to Dubai a few years ago, I was a tourist and went through the checklist of tourist attractions. In between visits to malls and elevator rides to yet another tower, I often wondered what people did here – you know, the people who actually live here. The tourist life of any city is not a very good representation of its actual inhabitants, and now that I’m slowly carving out a life for me and my partner here, I see it up close a little more each day. I’m particularly captivated by stories of children who grow up here. Some of my friends here have kids who were either born in Dubai or came here very young. When I asked one friend if she missed England, she said she did but she preferred the idea of her children growing up here instead. For her, it’s important that her children grow up somewhere safe, multicultural, and with plenty of things for them to do. She also said she liked the idea of having third culture kids. My friend was born and raised in England (by immigrant parents, incidentally) and her children are currently being raised by British parents while living in a different culture. So, the theory follows that they will blend their home culture with the new culture to come out with a “third” culture of their own.

I’m not well read on the theory of Third Culture Kids, but what I have read is very interesting and makes me reflect quite a bit on what I see around me, and on my own experience. There are so many children here who were born in other countries, whose parents grew up somewhere else but have come here for work, and the kids will presumably blend the varying cultural influences in their lives into a new version all their own. So what, if any, effects does this have on them? What effect does it have on the development of a city? I would imagine kids who grow up in this kind of situation tend to gravitate toward others who have similar experiences. Do they ever feel like they don’t fit in, no matter where they are? I grew up in one distinct culture and have lived abroad since 2005, with short stints back in Canada here and there. Soon, I’ll have lived outside of my first culture for a decade. Admittedly, I do feel detached somewhat no matter where I am. I constantly feel like there is a “but” behind each definition I provide of home.

Newfoundland is home, but… For the time being, Dubai is home but…

Is this a real life?

I’m not a tourist here. I wasn’t a tourist in South Korea. I’m definitely not a tourist in Canada. But sometimes I kind of feel like a tourist everywhere. I feel a certain sense of surreal-ness, like everything is temporary. I don’t want to feel like a tourist here. I have a real life, with the steady trickle of predictable habits and responsibilities. Up at seven, go to work, to the grocery store on the way back home from work, out with friends on weekends, and so on. I know this is real and this is home for the moment, but how come I never feel at home?

A different friend and I had a chat over a pint the other day about having kids and what we thought we wanted. Despite having a good yarn, at the end of the conversation we were both still where we started. Will I stay here? Will I want to raise kids here? Will I move again… and possibly again? What impact will that have on my future kids? I’m not sure I can predict that, given the fact I’m not entirely sure what impact globe-trotting is having on me. 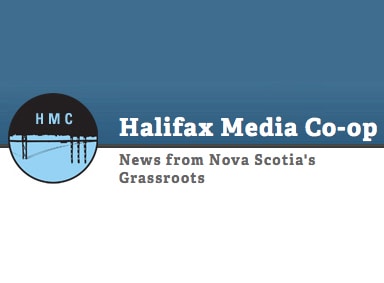 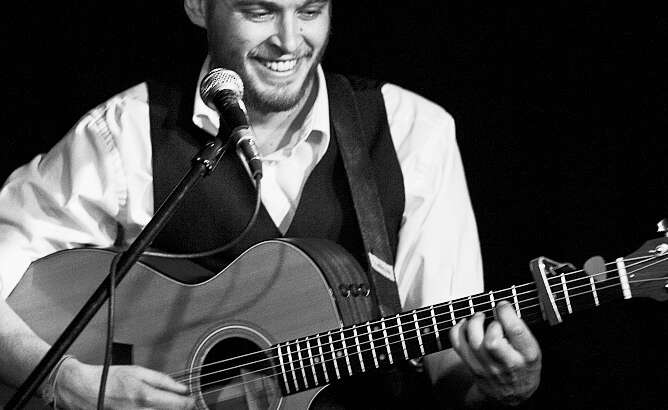 Working hard to ‘have it all’
With a new album and an Eastern Canadian tour underway, Grand Falls songwriter Matthew Hornell has an exciting summer ahead.