Turning back the clock

When you live far from your support networks, aging and nostalgia take on a different meaning

We are an awfully nostalgic bunch, us humans. We like think back to when we were children and all the things that were wonderful way back when. And they were wonderful! You could play outside for hours with your friends. If you were hungry someone fed you, and if you were scared someone convinced you that everything was going to be alright. It wasn’t a bad deal, so it’s not surprising that we take comfort in thinking about how great it would be to feel that way again. It seems like it should be reassuring to regress back to the You who depended upon others for help.

Yet, when we’re actually put in a position of childhood regression it is rarely as comforting an experience as our nostalgia would lead us to believe.

Many years from now

The past few days I’ve been spending a lot of time in the hospital visiting a family member who is recovering from surgery. He’s young and healthy, so everything is going along well with textbook results. The other gentlemen in the shared hospital room, however, are not young and their path to recovery is taking on some different twists and turns. I find myself feeling concern and a bit of fear when I see them during visiting hours each day. When I see them, I can’t shake the idea that someday I won’t be able to take care of myself and it bothers me greatly. It reminds me of my own mortality, which isn’t particularly upsetting (for me anyway), but it makes me wonder how older people manage. Once you reach a certain age, your life becomes similar to your childhood in how much you rely on the care of others. These particular gentlemen are in the hospital, under the watchful eye of staff. But what about those who aren’t technically ill enough for hospital care – how are they managing at home? Do they have someone around to help them out?

Maybe it weighs heavily on my mind because I’m not entirely sure the safety nets that have caught many seniors will still be underneath me when I come tumbling down. I move around the world a lot for work, living a few years in one place and then going somewhere new to start all over again. At this point in my life, it’s not such a big concern. I mainly just miss my friends and feel lots of feelings when I consider how many years it’ll be before I can see some of them again. I don’t know that I’ll have someone around to help me when I’m old, and watching those elderly men lying in hospital beds with family doting over them scares me a little. ‘Monsters-under-the-bed’ scared. I fear feeling like a child again but not having any maternal-like figures around to eat supper with me and to tell me goodnight before I sleep.

Curiously, my concern with regression doesn’t only bother me when I have to spend long periods of time in the company of octogenarians. Once, during a particularly rough patch of culture shock while living in a small border town a little closer to North Korea than I would have liked, I confessed to my friends that I felt like a three year old. Everyone around the table agreed that feeling like a child when you’re fully grown is upsetting at best, and devastating to your sense of self-worth at its worst. I really struggled with the fact that I had to rely on someone for practically everything for the first little while when I lived abroad for the first time. I felt like a lost child – scared, lonely, and frustrated.

I often wondered how someone as smart and capable as me could feel so clumsy and foolish in a different environment while doing pretty simple things. I didn’t like having to take someone to the bank with me because I couldn’t figure out what the characters on the ATM buttons meant, or needing someone to translate for me at the doctor. It was incredibly frustrating and made me feel like a child, but not in that fun way when you’re screaming from a roller coaster seat.

As I get my affairs in order to take off for another country and another job, I feel that fear simmering away under the excitement again. Sometimes I wonder if I’m getting too old for this sort of thing – feeling like a toddler all over again. As always, I expect it’ll take a while for me to figure out who I can go to for help and where I can find this thing or that place.

There’s always an awkward time when you get somewhere new. If you happen to be in a place where you can communicate fairly easily, that is hugely beneficial. If you aren’t, it can add another layer of frustration to your everyday comings and goings. I suppose the same could be said for trying to find your way through new cultural rules. It reminds me a lot of my childhood in that people said “no” a lot, and I somehow always managed to irritate people without really knowing what it was I had done wrong. The major difference, and this is quite important, is that you cannot throw a tantrum in the middle of the grocery store when you are a grown-up.

As I’ve mentioned many times before in this column, the relationships you make with people in your new home are paramount. Even though feelings of functional regression might knock you down from time to time, having a shoulder to cry on or an ear to bend is an excellent way to pull yourself back up. If you can wrangle it, try to keep those friends around for when you’re old, too. They might be the ones playing Mom when you’re too sick to hold your own cup of tea.

Being the somewhat sentimental type when it comes to looking back on one’s childhood usually involves missing the naïvete of being carefree. Perhaps that’s one of the tricks to growing old happily, or living abroad fearlessly. The beauty of regressing into a version of your youthful self also gives you the freedom to delight in the little things or to appreciate the simplicity that disappears in growing up.

If all else fails, just call your mother. She probably misses you. 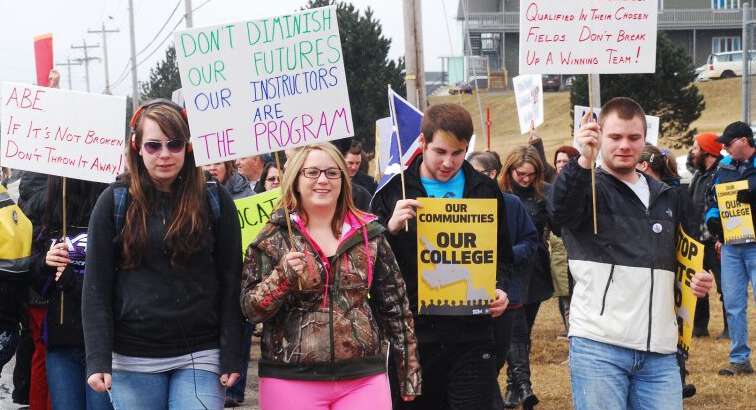 It takes all kinds of people to make a record
St. John's band The Burning Hell are back with a new album, one songwriter and lead singer Mathias Kom calls the group's "rockingest" but "darkest"…