Chapter 6: The Society of Outport Revivalists

All we can think to do about it is cut the brush along the sides of the roads?

“If this is the best we can come up with then we’re just a useless bunch of lingering idiots. We might as well spend our time wiping our own shit off the landwash,” grandfather grumbled as he walked in the door.

“I’ve had enough of people ’round here wasting their time and government money cutting the bloody alders on the side of the road.”

The JCPs rotted the old man like nothing else. It was just a bunch of people pretending to be productive, as far as he was concerned. So they could get their stamps and continue giving the bay a bad name. “A shameless exercise in futility.”

I never used to pay much mind to his rants and mumblings. He was always going off about something or other, so normally I just shook my head and stared deeper into whatever I was staring at.

Without telling him, grandmother took a job on a make-work project a couple years back when the plant closed. He was livid for the entire two months of it. They had her going around town with a hardhat and vest on, painting fire hydrants and cleaning rotten candy wrappers and broken beer bottles out of the ditches.

I was on my way to meet with mayor Bramwell and his secret committee when grandfather came in the house. After two weeks I had nothing to report to them — I hadn’t even cashed my cheque, for fear they might want to take it back.

“What else is there for anybody to do around here?” I replied to the curmudgeonly old man as I tied my shoes.

He gave me his formal look of the devil, “We got brains just like everybody else in this world, and we could use our imaginations to figure that out I s’pose.”

“We got brains just like everybody else in this world, and we could use our imaginations to figure that out I s’pose.”

I walked out the door with the weight of the house on my shoulders. ‘What the hell have I got myself into?’ I thought. ‘I don’t have any answers for this town. My imagination’s limited to daydreaming about the girls in grade 12’.

Walking down the road to the town hall, I saw ten or so townspeople in hard hats and vests, with their chainsaws — cutting scrawny alders that pose no threat to anyone or anything.

‘He’s right’, I said to myself. ‘The old man is right — Hopeless Bay is here wasting away to nothing and all we can think to do about it is cut the brush along the sides of the roads? God help us’.

Bramwell was waiting at the door — a smile on his face as sinister as the 5lb mayor’s necklace hanging down to his waist.

He led me inside and straight out the backdoor to an unassuming shed behind the building. Inside were a bunch of cobwebbed tools, a lawnmower and a bright pink mat he kicked aside, revealing a latch in the floor. With the heel of his shoe he stomped the door-in-the-floor with a careful “stompity-stomp stomp-stomp.”

Next thing the latch lifted and up came the head of some strange fellow wearing a mustache so large it nearly covered his entire mouth.

“Hello there Daniel, nice to finally meet you young lad,” he said.

“In you go,” urged Bramwell, who stayed above as I climbed into the dark hole.

Down below was a dimly-lit room with out-dated maps and old newspaper clippings on the walls. Four shadowy figures were all sitting around an ancient wooden roundtable — the Republican flag branded in the centre and beneath it written The Society of Outport Revivalists.

The G spot
We’ve become all work and little play and it’s not making us healthy, wealthy or wise. 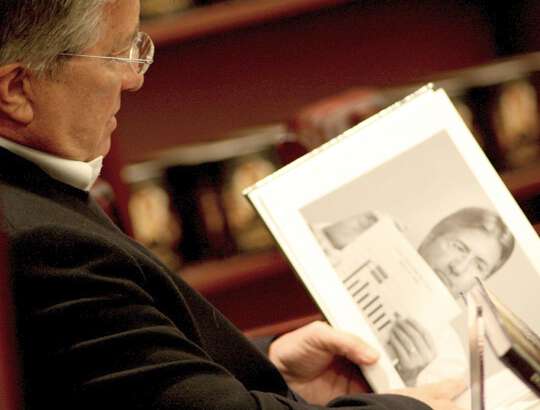