Bramwell had every right to come knocking on our door first thing in the morning, angry as ever I saw him.

The long skinny glass of the storm door rattled and boomed beneath his knuckles.

“Get out here boy, you and I got talking to do!”

I woke at the other end of the house to the sound of grandfather’s footsteps headed straight for the door to answer. Out of bed and into my pants, I ran like hell to get there first, but didn’t stand a chance of greeting Bramwell ahead of the old man.

Before turning the corner and making my presence known I stopped in my tracks as the porch door swung open, letting an awful silence in… grandfather and Bramwell standing there, face to face…

“You’ve come here to scare the boy and make him change his mind? Well not on my watch Mr. mayor.”

“Charlie, where’s that grandson of yours?”

“The boy’s still in bed Bramwell. What do you want? What’d he do?”

“Sorry to startle you like this, but we’ve got confidential business. Go get him up, or I’ll do it myself.”

My heart was sparking flames inside me. ‘He’s going to kill me and then I’m going straight to hell’.

Bramwell had every right to come knocking on our door first thing in the morning, angry as ever I saw him. He’s the one who gave me a chance. This miniature mayor believed in me and left the fate of the entire town to me. And here I decide to go against him? What in the world is wrong with me?

“I see what’s going on here Bramwell… you’re all up in arms ’cause you finally got someone running against you in an election, ain’t that right?” Grandfather bluntly put it. “You’ve come here to scare the boy and make him change his mind? Well not on my watch Mr. mayor. It’s time you learned this is the way it works. Daniel’s got every right to run you into the ground if he wants.”

I couldn’t believe my ears. Grandfather was standing up to the most powerful man in town, for me. And he didn’t even know a page of the full story.

Poking my head around the corner, all I could see of Bramwell was the stupefied expression on his face, purple with blood and fury.

“Out of my way, I’m gonna strangle the little shit,” were the last words out of Bramwell’s mouth before he slapped his right hand on his chest and fell back quick like a stunted tree.

The coward I was, that’s when I ran out, no longer afraid for my life. Bramwell was lying frozen on the ground with his eyes wide open, staring up at the sky like a codfish just caught. Grandfather was on his knees checking for a pulse. 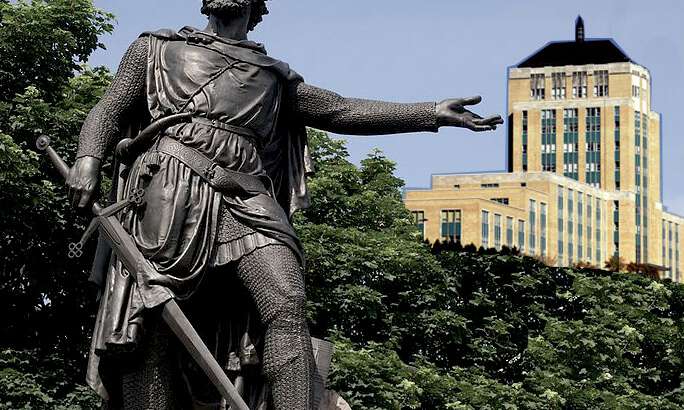