Hoping they mean it

Given the federal and provincial elections upon us, politicians’ appearances at community events like the St. John’s Pride Parade are inevitable. But is it sincere, and not just for good public relations and votes?

Forging an alliance with those who make the laws in this province and country, and those aspiring to do so, is obviously a positive and needed boost this time of year when Pride Week rolls around in mid-late July.

Some of our politicians, including Liberal Leader Dwight Ball and NDP Leader Earle McCurdy, rallied with the LGBT community in the provincial capital this past Sunday, when a record number of people marched in the streets of St. John’s in support of sexual and gender equality.

However, let us not forget that there were many years—decades in fact—when such visible and affirming partisan support of the LGBT community was nowhere to be found, and the community struggled to be heard.

It wasn’t all that long ago when politicians were absent from summertime Pride events, while marriage equality was still being doggedly fought for by activists — only about a decade ago.

I recall that when these activists spoke to the media and appeared at events, nary a politician from any of the three main parties stood alongside them in solidarity as they do today.

For instance, only in 2005 did the Mayor of Gander refuse to perform same-sex marriages because they clashed with his religious freedom.

As reported at the time, Mayor Claude Elliott insisted that his refusal was not because of homophobia.

“I know gay people. I work with gay people. It’s got nothing to do with sexual orientation,” he said. “It’s the marriage part that’s got everyone upset.”

While I don’t recall overwhelming support for gay marriage back then, I do recall that it was mainly religious folks who put up the strongest objections and were the ones “upset”.

The unqualified support we see today from most politicians was completely absent 10 years ago and was something the few vocal activists of that time would have embraced, I am sure.

The proof of true support is most evident in the policies and platforms of the parties — once we actually see them — and most significantly, in legislation.

It is somewhat difficult to fathom that a only a mere decade later, it is a politically advantageous move — certainly in the era of social media — for our elected members and aspirants to be seen marching and cheering with members of our LGBT community.

It speaks to not only how far we have progressed as a province, but also to how much the western world has changed in such a short time.

And while there does indeed exist a conspicuous political calculus, especially in an election year, I can certainly overlook my skepticism and be thankful that our politicians are supportive of LGBT members of society, of which I include myself.

Obviously, I would in no way be opposed to politicians being on our side, regardless of their motivation.

But having said that, I sincerely hope that they are not only there for photo ops, selfies and, as they make their way around the summer barbeque circuit, to curry favour with people for votes. I hope they attend events like the Pride Parade because they actually believe in and support the community.

But, it is a legitimate question: Is it optics, or true support?

Well, as we are dealing with our province’s legislators here, the proof of true support is most evident in the policies and platforms of the parties — once we actually see them — and most significantly, in legislation.

A key example in recent times of our government doing the right thing where LGBT rights are concerned was their move in late 2013 to amend the Human Rights Act, finally protecting the rights of gender expression and identity in Newfoundland and Labrador.

This was long something that NDP MHA Gerry Rogers, herself the first openly gay elected representative in the history of our provincial legislature and a longtime activist, tirelessly advocated for since she was first elected in 2011.

And only last Wednesday, a Crown Attorney announced at Supreme Court that the government will soon amend the Vital Statistics Act to allow citizens to change the gender denotation on their birth certificates and other provincial government-issued identification.

With this legislative amendment, in particular, and other annual expressions of support such as the Pride flag raisings at St. John’s City Hall—and now for the past number of years at Confederation Building—we are seeing consistent and seemingly genuine support for LGBT members of our province.

And despite my scrutiny of politicians’ motives — because, let’s be honest, politicians will be wherever a public event presents great optics for them — their continued support of the local LGBT community should not be something where members feel that these politicians are merely pandering to them.

I truthfully haven’t seen any such flagrant display of pandering and politicking (unless pictures on social media by the parties, and individual politicians and partisans, count).

Politicians’ LGBT support should instead always be motivated by a commitment to a genuine, unwavering alliance with the community. One has seemingly been struck and the focus must be on continuing to strengthen it each year.

While we have come so far in such a short period as concerns same-sex marriage and the way LGBT people are regarded and treated in society, we still do not live in a world that sees us completely free from bigotry, discrimination, and bullying.

And I don’t know that we ever will.

It is this reason, more than any, why I hope that our politicians’ support of the local LGBT community is not only something for good optics.

I hope it constitutes a sincere commitment, as allies and upholders of LGBT rights, to legislate and govern in a fashion that imparts equality and justice for us all. 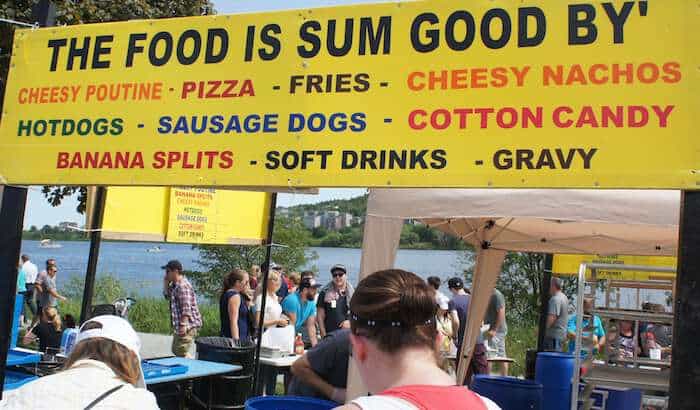 The Royal St. John’s Regatta: A User’s Guide
What is the Regatta, anyway?