Selling the budget or themselves?

In claiming it is educating the public and reporting the “good news” provincial media are not, the Davis Government is looking mighty Harperesque in promoting its budget with public tax dollars in the lead-up to a provincial election.

Premier Paul Davis has admitted to the use of taxpayers’ money for advertisements to promote his government in an election year.

This use of public money is yet another reason to view this increasingly stale 12-year-old government with well-earned cynicism and doubt.

“Public education” for the “balanced approach”

Davis informed the legislature on May 27 that his government has spent approximately $50,000 on ads to promote this year’s budget. (The actual amount is $53,000.)

A budget, if you will recall, that sees us with a $1.1 billion deficit this fiscal year, a $13 billion and growing debt, a 2 per cent hike in the HST to come into effect in January 2016, and cuts and fee increases galore.

So, what is there to promote?

He claims it’s the “good news” contained within that we have all somehow overlooked — that which both the public and media outlets alike are not focusing on.

Davis said that people need to know about this government’s so-called “balanced approach” to our economy.

We just aren’t getting it!

Further to that claim, according to Canadian Press reporter Sue Bailey, “N.L. Premier Paul Davis defends spending about $50K on ads for a budget that runs a $1.1B deficit. Says it’s public education.”

What, exactly, have we not been “educated” about with respect to the budget? The budget documents are not enough?

When pressed further, Davis contended that the local media was not reporting everything about the budget and that this, too, necessitated these ads.

That’s right, we live in a democracy.

I suppose we need to hear these uplifting ads on our radios, as we apparently missed the good news and cheer in the budget with realities like a $1.1 billion deficit and a 2 per cent jump in the HST smacking us in the face. We have neglected to see that which these PCs have done for us — that which should make us all beam with pride and re-elect them this fall.

And, as CBC’s Peter Cowan reported: “(Telegram reporter James McLeod) pressed premier on what’s left out in reporting. Davis offered to sit down with James and detail his shortcomings.”

Speaking of paternalistic politicos, let us have a look at the Harper government’s use of public funds for election-style advertisements.

Theirs is a similar modus operandi when it comes to spending our money on advertisements intended to promote them. As with Davis, it is critical for Harper to promote “good news” as he also faces an imminent election battle.

The Conservative Party of Canada has been pushing their “Economic Action Plan” and using Harper lieutenants like Employment Minister Pierre Poilievre in media-dubbed “vanity videos”, where taxpayer bucks have been spent promoting the promised expansion of the child-care benefit, for one.

Might the same be said for the Davis budget ads? After all, it is an election year where we are seeing the incumbents using taxpayer money to promote themselves and their “achievements”.

The Toronto Star also skewered the federal government for this use of our hard-earned tax dollars in a recent editorial:

It’s hard to escape Prime Minister Stephen Harper’s aggressive pre-election advertising blitz reminding us of all the wonderful things his Conservatives are doing with our tax dollars. The government is pushing its Economic Action Plan, tricked out in Tory blue, like there’s no tomorrow. Everywhere, cheerful Canadian families and workers – well, cheerful actors, anyway – are shown to be benefitting from the federal budget and its voter-friendly largesse.

Don’t you feel the same unbridled exuberance? And not only for what our federal government is doing for us, but for what their provincial counterparts are doing for us, as well?

Don’t you just love Stephen Harper and Paul Davis using our money to tell us how wonderful they are in an election year?

The hunger for change

Both Conservative governments are long in the tooth now, and the contemptuous and heavy-handed way that they have run our governments for too many years now has citizens soured on them both, and rightfully so. And this type of blatant electioneering doesn’t help change that image as they come looking for your vote.

Canadians, particularly Newfoundlanders and Labradorians, are hungry for change. They are hungry for responsible governance which sees the people’s needs and concerns truly considered and acted upon.

They want governments at both levels that do not put their own interests first. They want governments that prudently manage our treasuries, that don’t blow millions and billions of taxpayers’ dollars with little to no oversight and accountability, and who instead use that money for the social needs that we all—not just a select few—will benefit from.

What we are seeing in this election year, both federally and provincially, is our governments using our money for self-serving partisan interests. These ads by both Conservative governments typify such cynical use of our money. I hope this is something voters keep in mind at the ballot boxes this fall.

We should not be bought with our own money and then turn around and vote for the ones who have done this. 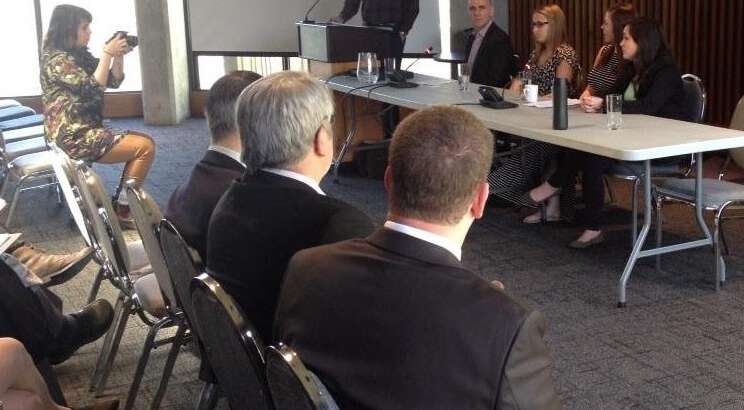 Report calls for action to end youth homelessness in NL
With youth homelessness rates higher than the national average and growing, advocates say Newfoundland and Labrador urgently needs a binding and actionable provincial plan to… 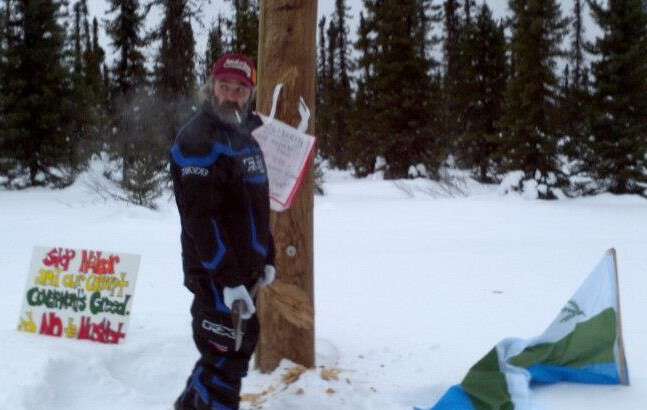 “I have a wish”: Labrador land defender Dennis Burden
"I am not the model citizen and do not profess to be. But I do know we cannot continue down this path of destruction..."