The Liberals have failed us on Bill C-51

Many Canadians, including Liberal Party supporters, are disgruntled over the Liberal Party of Canada’s support for the Harper Government’s controversial anti-terrorism legislation, which has them questioning whether the once presumptive future government is really any different from the Conservatives.

On May 6, Justin Trudeau and the members of his Liberal caucus—including three from this province—stood on the floor of the House of Commons in Ottawa and voted for the Harper government’s Bill C-51, the controversial new anti-terrorism legislation.

This sweeping measure is set to change over a dozen Canadian laws, including the Criminal Code of Canada, in order to allow federal government departments and agencies to share amongst each other—with fewer restrictions—the private information of Canadian residents. Bill C-51 will also broaden the powers and mandate of the Canadian Security Intelligence Service (CSIS).

The Liberals, who demonize Prime Minister Stephen Harper at every turn, hypocritically stood in their places two weeks ago and voted alongside the government for Bill C-51.

Keeping up with Jones

You couldn’t write this stuff — or the silly, illogical defences for voting for it, such as the one put forward by Labrador MP Yvonne Jones (the other two Newfoundland and Labrador Liberal MPs who voted in favour of C-51 were Scott Simms and Judy Foote; Gerry Byrne was absent for the vote):

“Bill C-51 is not the ideal bill; it’s a typical Harper Conservative bill, where they start out to do something good and they always build in some unnecessary evil in that bill; it’s a normal practice for the Harper government.”

So she voted with them anyway.

(And I think she meant “necessary evil”, as is the turn of phrase. Or maybe she didn’t.)

“If I vote against this bill and tomorrow two people that are being (monitored as potential terrorists) are not apprehended because I didn’t support this legislation, and they walk in and they blow up a school, and they kill 400 or 500 children in that school, I’m not going to live with myself tomorrow.”

Because such people couldn’t do that right now, or if Bill C-51 hadn’t passed? Or not be apprehended and fly under the radar even with C-51 enacted?

Jones’ defence was not well-received. Nor were the weak justifications from her Leader and the other Liberal MPs who voted for C-51.

In fact, all over social media, Canadians are voicing their disgust with the Liberals for their move. On Facebook, people are taking over unrelated posts on Justin Trudeau’s Facebook page, the party’s Facebook page, and individual MPs’ pages and accounts, expressing their unreserved disapproval of the Liberals.

Have a look at the comments on Trudeau’s unrelated pro-choice video for a sense of the outrage.

I was also very much disheartened by Justin Trudeau’s decision. Studying his father, the late Prime Minister Pierre Elliott Trudeau, in a high school course called Canadian Issues turned me on to politics exactly 20 years ago. Since then, I had always been a Trudeau fan.

That leadership and character of Trudeau Sr. is why I was a fan of Justin Trudeau. One assumes what is in the cat is in the kitten. But this C-51 stance is quite antithetical to what one would imagine Pierre Trudeau’s stance would be today.

In actuality, Bill C-51 serves to flout Trudeau-the-Elder’s ultimate political triumph and the crown jewel of his legacy — the Canadian Charter of Rights and Freedoms.

It is truly astonishing that his own son, while in the same position he was for so many years, would personally support and direct his caucus to vote for such wide-reaching and oppressive legislation. And Canadians’ distaste for and disappointment over this is palpable, even weeks later.

This was ultimately a total miscalculation on Trudeau’s part and exemplifies terrible judgment, all in the interests of political expediency and gain. And it makes one question his general judgment, for he very possibly might become our next Prime Minister.

The perceptible gain was for the Liberals—routinely criticized as their provincial counterparts here as being flimsy on policy—to appear more middle-of-the-road than the NDP heading into an election this fall, and to come across as tough on terror.

It backfired. Miserably. The Liberals showed absolutely no political courage. And I don’t believe they bargained for the backlash they have received for voting with the Harper Conservatives on it.

And weak defences for their actions, such as the one offered by Yvonne Jones above, just add insult to injury.

Here’s some fear-mongering—the very thing the Liberals accuse Harper and the Conservatives of—thrown into the mix by British Columbia MP and failed leadership candidate Joyce Murray, after an exchange in the House with an NDP MP:

“I would ask the member whether he would want it on his conscience should there be an attack that leads to deaths of Canadians because of the loopholes that the bill is attempting to fix?”

She also said — as Jones, Foote, Simms, and Trudeau himself have said — that the Liberals will amend the legislation if they are elected in October.

I wouldn’t be so sure about that last part now. Then again, it is a long way between now and October. Right now, the Liberals are in a dead heat with not only the Conservatives, but also the NDP, who lead a recent EKOS poll.

I don’t know about you, but to me it is a very cowardly position to take: We hate the Bill and Harper, and he is evil and dangerous for Canada, so we will vote for his most sweeping and oppressive bill and then change it when (*if) we get in.

As Newfoundland and Labrador NDP MP Jack Harris told The Independent, “If you’re opposed to legislation and you vote in favour of it…to say that it would pass anyway — well I guess you should vote for all legislation and not bother to [amend] it until you’re in government. That’s not leadership.”

The federal Liberals’ attempt to appear more centrist and tougher on terror than the NDP backfired badly on them.

And I don’t know which is more difficult to swallow: the fact they voted for Bill C-51 in the first place, or the lame-brained attempts to defend their total lack of political will.

I almost find that more insulting. 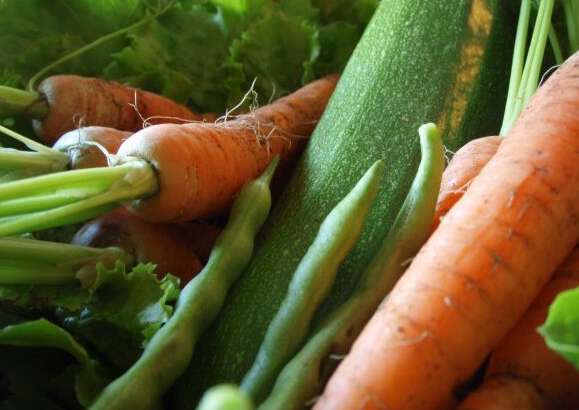 Popularity of local food production on the rise in NL
From Facebook groups to farmers’ markets and community gardens to communal food-sharing programs --- the writing’s in the dirt: food security is an important idea… 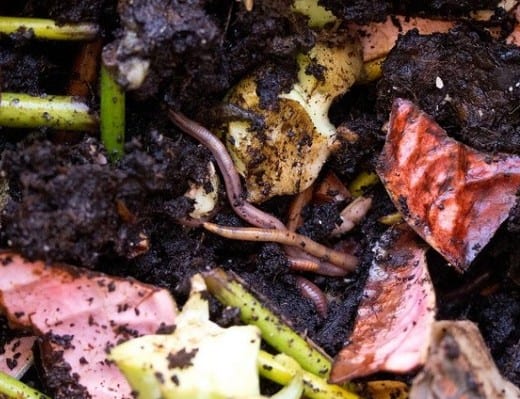 Vermicomposting: Letting worms work for you
"All the fertile areas of this planet have at least once passed through the bodies of earthworms." -- Charles Darwin