The Québec government took drastic measures last month to quash a student uprising against proposed tuition fee hikes in the province. In turn, “les casseroles” have become a Canada-wide symbol of ‘Solidarité’.

On Wednesday evening about 40 people gathered at Harbourside Park in St. John’s for a weekly showing of solidarity with the Québec student movement.

Dubbed ‘Casseroles Night in Canada’, the growing nation-wide phenomenon began in response to the passing of Bill 78 in Québec which, among other things, severely limits peoples’ right to protest. The emergency law was enacted May 18 to quell escalating unrest in the province over proposed large-scale tuition hikes.

Outraged over perceived limitations on their civil rights, thousands of Québec citizens took to the streets banging pots and pans in support of the students and in defiance of the controversial bill.

Casseroles with a local flavour

For three weeks, concerned citizens have been staging their own ‘Casseroles’—french for ‘pans’—marches through downtown St. John’s. At Wednesday’s event protesters were also rallying against anti-democratic legislation in this province.

“With new political developments like Bill 29 here in Newfoundland, the march has a slightly different tone tonight,” said Jon Parsons, a Ph.D. student at Memorial University who has attended each ‘Casseroles Night’ in St. John’s.

Joey Donnelly, president of the MUN Graduate Students’ Union, is an advocate for accessible education. “We need free education in Canada to be enshrined by a Post-Secondary Act, similar to the Health Act,” he said. “We need to establish certain rights of post-secondary education. I also believe that, as students, we need to push back against a political culture that establishes anti-democratic legislation like Bill 78 in Québec, Bill 38 in Ottawa, and Bill 29 here. All of these bills have a lot in common,” he added. “They all have many individual parts that should be debated separately, but these majority governments will push them through no matter what.”

MUN history professor Robert Sweeney was at the march and said he is worried about the effects these types of bills can have on the general public. “The three are all in the same line — in each, the government is saying, ‘We know what to do for you, and you don’t need to check on us,’ and that’s just anti-democratic. These bills make people cynical about the political process,” he continued, “and that’s unfortunate because we have to find solutions to our problems through political means.”

As the march proceeded down Water Street, along George Street, and back to Harbourside Park, supporters in passing cars honked their horns, and some pedestrians even joined in the chant, “No Bill twenty-nine!”

Towards the end of the march, ‘Jackie’, a Québec native who asked not to be identified by her real name, was quick to point out, “The fight is about more than just an increase in tuition. The students in Québec are also opposing a vision of education that focuses on corporate profits. Research is becoming more linked to the needs of companies.”

While the ‘Casseroles’ protests began in Québec, they’ve spread to other provinces and brought Canadians together in a conversation about the state of democracy in our country.

“Solidarity is about showing support for people who are taking action elsewhere,” said Sweeney, “but it is also about looking at that action and learning something from it ourselves.” 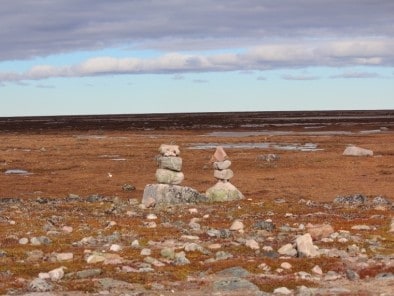 Flying North for the Summer
For some, the solitude, isolation and distance of the north is a primary reason to visit...