Have the 1949 Terms of Union outlived their relevancy;
and why exactly has this province been unable to get ahead

Six weeks ago, The Independent posed a question: Is Newfoundland and Labrador a drain on Canada or vice versa?

After completing a series of investigative work, including a cost-benefit analysis of Confederation, there is still no simple answer. While both this province and the country have seen benefits from the 1949 union, there have also been great failures.

The federal-provincial relationship is marked by resentment and frustrations — and must be improved.

“Certainly, it’s the good with the bad. We don’t live in a perfect country,” says Conservative MP Norm Doyle. “We’re treated as an annoyance by the federal government.” His sentiment is echoed by provincial NDP leader Jack Harris: “(Their) attitude towards this province is a patronizing one.”

Federal NDP leader Jack Layton says “the people of Newfoundland and Labrador are not getting a fair deal because of the way their resources are treated … they’re absolutely not being treated fairly.”

In spite of the rocky road of the past 55 years, even as the groundfish stocks have collapsed, Churchill Falls hydro profits washed away, revenues from the offshore oil redirected to Ottawa, there have been clear improvements in Newfoundland and Labrador since Confederation.

“I have no doubt whatsoever that Newfoundlanders have lived at a far higher standard of living and with far less work and effort under Confederation than we would have had to do on our own,” says former federal cabinet minister John Crosbie.

According to the numbers compiled by The Independent, the long-held idea that Newfoundland and Labrador is a sinkhole for federal funds is untrue. While the province has benefited by $8.9 from the federation; Canada has reaped six times that, or $53.5 billion.

And those numbers don’t include the value of the province’s million-plus out-migrated workers, strategic location, cultural contribution to the country, and other impossible-to-quantify benefits.

But if Newfoundland and Labrador has given so much to the federation in terms of human and natural resources — iron ore from Labrador, hydroelectricity, oil revenues, the control of our fisheries — why is it that this province is still considered Canada’s poorest?

Why do Newfoundlanders and Labradorians have to fight the stereotype of the “goofie Newfie,” the welfare cases waiting for the next cheque, working for stamps? Why is the province down and out? Or is it being held down? What’s perception and what’s reality?

That Confederation was won by such a small margin (52 per cent in favour) will always haunt the people of the province, as will the lack of debate around the actual Terms of Union. Their current relevance is regularly questioned.

A number of deals or agreements have been signed over the past half-century that, given the benefit of hindsight, were detrimental to the province. Some, like the upper Churchill agreement, have led to expensive, bitter, and ultimately unsuccessful court battles for which the province still bears the scars.

There are geographical challenges. Newfoundland, a sparsely-populated island on the far end of the country, and Labrador, in some ways just as much an island with an even sparser, more isolated population, are literally half a country away from the centre of federal power and decision-making.

As outspoken as this province’s politicians may be, there aren’t very many of them in the country’s capital, Ottawa — just seven MPs. With only six Senators, combined with the fact a Supreme Court justice has never been appointed from here, this province’s voice is not a powerful one.

“The federal bureaucracy, we don’t have any figures on that, but the widely-held suspicion is that it’s stacked with people from central Canada,” says Memorial University political scientist Chistopher Dunn. “People don’t usually think of it, but they’re quite influential.”

Historian John Fitzgerald, an expert in the Confederation debate, points out the Terms of Union, which took effect April 1, 1949, were not negotiated by Newfoundland. “It was Britain ultimately who legislated Newfoundland into Confederation,” he says. “Newfoundland was made a province by two foreign countries.”

In other words — these were not Newfoundland’s terms, not debated on Newfoundland soil, and never designed to be in this province’s best interest. The potential of the newest province was held back from day one.

The province’s 2003 Royal Commission on Renewing and Strengthening Our Place in Canada made a similar point.

“From the Expectations Roundtable (a group of Newfoundlanders who had been adults at the time of Confederation) the Commission … learned that the people did not have a good understanding of the draft terms of union proposed by Canada. It was a more general sense of what Confederation would mean for their daily lives …”

Those terms of union, part of the Constitution of Canada, have been amended officially on at least two occasions — to rename, officially, the province Newfoundland and Labrador; and to enforce changes following the 1997 referendum to abolish the province’s denominational school system.

Other terms remain, though many are no longer relevant. St. John’s lawyer Stephen May completed a report for the Royal Commission called The Terms of Union: an analysis of their current relevance.

He concluded “the force and effect of the terms of Union have been spent.” In other words, the terms of union have little practical application to current federal-provincial political and financial relationships …

“A review of various terms of union reveals that many have no or limited influence on the current political, economic and social affairs of the province.”

Term 31: “Canada will take over the following services and will … relieve the Province … of the public costs incurred in respect of each service taken over, namely,

a)     the Newfoundland Railway

b)    the Newfoundland Hotel …

Currently, the province has no railway (the commitment was given up for the $800 million Roads for Rails agreement), the former Newfoundland Hotel is privately owned, and most airports in the province, including Gander and St. John’s, are managed by a local airport authority.

Term 28: deals with transitional grants — the last one given out in 1961, 12 years after Confederation.

Term 29: “… Canada will appoint a Royal Commission within eight years of the union to review the financial position of the province.”

The McNair Commission was appointed, and made its recommendation to increase the amount of the transitional grant to $8 million a year. In 1996, the provincial government negotiated a lump sum payment to relieve the federal government of its obligation until 2016. Term 29’s relevance has disappeared.

Term 46: protects the province’s right to manufacture and sell oleomargarine and margarine.

“The need for Term 46 has passed,” writes May. “It stands as a testament, however, to the potential that existed to protect local industries against the impact of Confederation.”

That potential, however, was not explored. Immediately after Confederation and the fall of the tariff wall, in came cheap goods — and an estimated 4,000 Newfoundland jobs were lost.

Given that many of the terms by which Newfoundland and Labrador was made a country are no longer useful, should the document be officially renegotiated?

“It is naïve, sadly, to think about re-visiting the Terms of Union,” says former premier Brian Peckford. “All issues of consequence would involve all the provinces — we could not have a bilateral with the feds alone, from fisheries jurisdiction to offshore jurisdiction to upper Churchill.”

FitzGerald advocates reexamining certain parts of the terms that seem not to be working.

“I don’t know if you have to review everything, but certainly the financial stuff and what makes the province sort of tick,” he says. “If we are having trouble finding money for health care and schooling, and provide a basic level of services, I think we’re quite entitled to go find whatever we can wherever we can.

“If we can’t find that here, than how long are we willing to take that?”

University of New Brunswick law professor John MacEvoy says a review of the entire terms would be “unlikely,” pointing out there are many examples in the 1867 Canadian constitution which have long since lost their usefulness. Administrative, federal-provincial agreements have been made, as an alternative to formally amending the constitution.

“Constitutions reflect the time in which they were written,” he says. “And the constitution reflects choices … ”

Albert Perlin, who had a regular column in the St. John’s-based Daily News for years, wrote on Jan. 7, 1949: “Some people in Newfoundland and Canada were in too great a hurry. They wanted this thing (Confederation) done quickly and were careless about the means so long as the ends were achieved. The result is, as Canadian newspapers have not failed to point out, that controversy persists and a basis exists for grievance of long duration.”

Perlin has been proven right — the grievances are still around today, aired on open line shows, visible on every Free Nfld T-shirt worn, every pink, white and green flag flown.

A skeptical Peckford sees it going one of two ways: “The province is left to either get out of the Confederation deal all together — a daunting proposition at this stage which I have difficulty supporting — or staying in and working for change within the present constitutional framework

“Meaningful change may be possible here but you would need very strong provincial leadership and diplomacy over a long period of time — Newfoundland has shown that this is an improbable thing.”

Newfoundland-born comedian Mark Critch of This Hour Has 22 Minutes is optimistic, saying the time is right to do something.

“Everybody gets these rotten deals and part of that is our fault too for our people … who we elect. Hopefully now we’ll turn a bit of a corner … I think the Newfie joke is dying and people are respecting Newfoundlanders more and more within Confederation.

“We can talk about it over pints until we’re blue in the friggin’ face, but let’s actually see if we can make this better.” 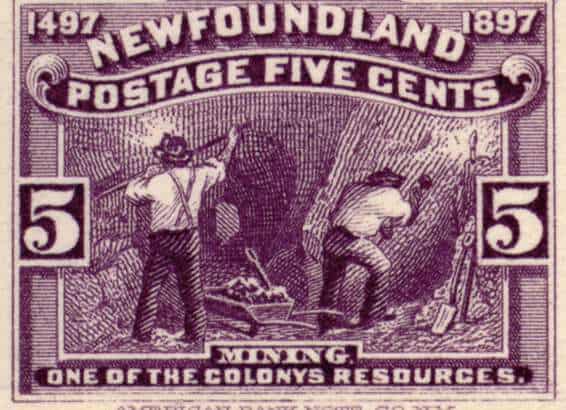 Temporary foreign workers: a growing reality. But is it the right one?
How immigration policy is increasingly being used by governments and businesses to address labour market needs, and the debates these policies have given rise to.