Concern about moose on the highway is overblown. Here’s why.

People in this province are terrified of moose. I have friends who refuse to drive at night for fear of hitting one and I am regularly warned to watch out for them on the highway. Moose-vehicle accidents were a serious issue in the last provincial election, with some calling for a major cull and others lobbying for fences or other expensive measures to reduce the risks.

In reality though, moose pose only a minor threat to public safety. I will present some statistics that put the risk in perspective and then speculate on the psychology behind our fixation on the fearsome moose.

Moose-vehicle collisions average one or two deaths per year in Newfoundland and Labrador. That may sound like a lot, but it is only 0.03 per cent of all deaths. People are:

3 times as likely to die of homicide

3 times as likely to die in a fire

4 times as likely to die of the flu

5 times as likely to die from accidental poisoning

30 times as likely to die of suicide

1,000 times as likely to die from heart disease

Hitting a moose is also not nearly as dangerous as you might think: only 1 in 300 collisions results in a (human) death and only one in six results in an injury, usually minor.

The focus should be on people, not moose

In contrast, the vast majority of traffic deaths involve some kind of aggressive or negligent driving. If you want to protect yourself on the road, here are some things that will make a real difference:

Wear a seatbelt: This sounds obvious, but many people don’t do it – 37 per cent of drivers and passengers who die in car accidents in Canada are not wearing a seatbelt. Most would have survived if they had just buckled up.

Slow down: 27 per cent of traffic fatalities involve speeding. Research shows that lowering your speed by 1 per cent reduces risk of death by 5 per cent, so you can cut your risk in half by driving at 105 km/h instead of 120 km/h.

Take care at intersections: 30 per cent of traffic fatalities and 40 per cent of serious injuries happen at intersections, often as a result of running red lights and other infractions. Follow the rules and keep a close eye on other vehicles and pedestrians even when you have the right of way. More than a few drivers would benefit from watching this cheesy instructional video.

Drive sober: 30 per cent of fatally injured drivers have blood alcohol levels above the legal limit. A similar number test positive for other kinds of drugs that reduce driving performance, including prescription, over-the-counter, and illegal drugs. Another 20 per cent are impaired by fatigue. If you are drunk, high, or sleepy, then you should not be behind the wheel.

Don’t drive a motorcycle: According to U.S. data, the risk of a fatal crash per vehicle mile is 35 times greater on a motorcycle than in a car.

Over the past 20 years, Canada’s roads have become much safer: traffic fatalities have fallen by 40 per cent and serious injuries have fallen by an astonishing 60 per cent, despite a growing population. The reasons include safer roads (e.g. more divided highways and passing lanes), safer vehicles, and changing cultural norms regarding drunk driving and seat belts.

If moose pose such a small risk, then why are they such a big part of the public consciousness? One reason is that we are very bad at thinking about probability and are prone to irrational biases that make us fixate on some risks while ignoring others.

The availability heuristic: People tend to judge the likelihood of an event by how easy it is to imagine it happening. If something is easy to recall or imagine, we tend to treat it as important. I am sure you can quite vividly imagine a collision with a moose, it’s heavy body coming down on the windshield and crushing you and your loved ones. Most people have encountered moose on the highway and heard stories of close calls or accidents, so it is easy to imagine being the victim of a deadly crash. Did you hear about the woman who hit a moose and kept on driving with no memory of it until she arrived at work with a smashed windshield? Stories like that tend to leave a much stronger impression than a bunch of statistics.

The exaggerated fear of moose might explain a curious fact: traffic in Newfoundland and Labrador is the safest in Atlantic Canada and is among the safest in the country. Could it be that moose mania is causing people to drive more responsibly? Has the Department of Transportation put up so many moose signs because they are more effective than reminders to slow down or buckle up? If so, then maybe our irrational moose fixation is not such a bad thing. We should nevertheless take a hard look at the statistics before we spend millions of dollars on fences or slaughter hundreds of thousands of innocent animals. 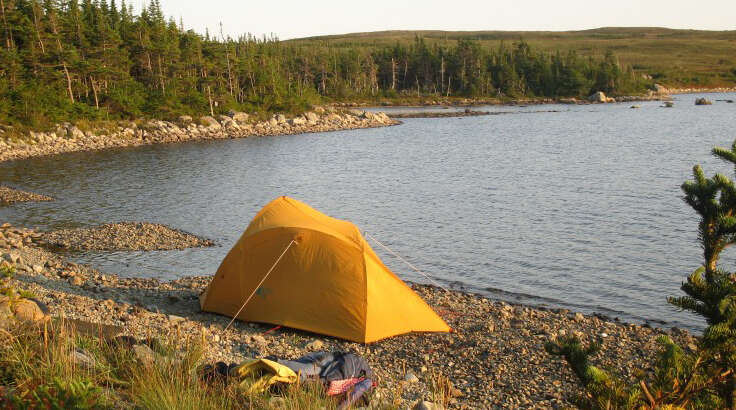