“Everything reminded me of her…I couldn’t heal”

Loretta Saunders’ sister launches ‘homicide survivor’ blog in the wake of yet another murder of an Indigenous woman in Canada. Meanwhile, Conservatives announce what critics are calling an inadequate strategy to address violence against Indigenous women.

Delilah Saunders says lately she’s been having “a lot more good days than bad”, eight months after her sister Loretta was murdered, her body dumped in a wooded area near the Trans-Canada Highway in New Brunswick where she lay for two weeks in the freezing cold.

Loretta, a 26-year-old Inuk originally from Hopedale, was pregnant and working on her honours thesis at Saint Mary’s University in Halifax. Her topic was missing and murdered Indigenous women in Canada, who are four to five times more likely than non-Indigenous women to go missing or be murdered.

Loretta’s family is still reeling from the tragedy and will have to wait until Spring before Loretta’s accused killers stand trial for first degree murder.

Now living in Calgary with her boyfriend, Delilah, 22, has suffered from anxiety, depression and PTSD. She recently started a blog, A Homicide Survivor’s Journey Through Grief, through which she struggles in reliving, among others, the horror of desperately holding onto hope while suspecting the worst imaginable scenario is possible. But opening up and sharing her pain and sorrow with others is helping her heal, she says.

Delilah left Halifax and moved to British Columbia a month and a half before Loretta went missing on Feb. 13.

“I had initially moved [to Halifax] for me and Loretta to be able to support each other,” she recalled in a phone interview with The Independent Sunday evening. “She had just started in university and I had went there to attend a rehab facility, so it seemed like the best decision. I lived there with her for about three and a half, four years, and ever since my sister was murdered I felt like Halifax had a huge cloud over it. It was just—I was too depressed there. Everything reminded me of her, so I couldn’t flourish there, I couldn’t heal.”

Delilah has plans to develop her blog into a website where homicide survivors can communicate and support one another. She said she’s also planning to attend university and study psychology, “so that I can help people who’ve been through traumatic experiences heal and become a more balanced and healthy individual.”

The strength and resolve in Delilah’s voice indicate she’s found her path of healing. But there’s still one big problem standing in the way of families and loved ones of the more than 1,200 Indigenous women who have either gone missing or been murdered in Canada since 1990, not to mention those among the hundreds of thousands of Indigenous women currently living here who are asking themselves, “Am I next?”, a crucial question recently made into an awareness campaign by Loretta’s cousin Holly Jarrett.

The Canadian government refuses to acknowledge colonialism and systemic racism as being at the root of the epidemic of violence against Indigenous women. In fact, Prime Minister Stephen Harper has even gone so far as to actively discredit sociology, the academic discipline Loretta was studying and a framework through which we can make sense of social phenomena like violence against a particular demographic of people.

Another murder, another denial

The tragic death of Tina Fontaine—a 15-year-old member of Manitoba’s Sagkeeng First Nation who was murdered in Winnipeg last August—is yet another clear example, many say, of why Canada needs a national public inquiry into missing and murdered Indigenous women.

Fontaine was reported missing July 31 after she ran away from her foster home. A week after her disappearance police pulled over and arrested an adult male for driving under the influence. They questioned and released the young girl who was in the truck with him at the time. It was Tina Fontaine.

She was last seen the following day, allegedly with a man who offered her money for sex. Four days later, and two weeks after she was reported missing, police issued a release to alert the public of her disappearance. A few days after that her body was pulled from Winnipeg’s Red River, wrapped in a bag.

The two police officers who let Fontaine go in the midst of an active missing person’s file seeking her whereabouts have been put on administrative duty while the Winnipeg Police Service conducts an internal investigation into the incident. Meanwhile, the Assembly of First Nations is calling for an independent probe into how police handled the situation. Derek Nepinak, Grand Chief of the Assembly of Manitoba Chiefs, recently told CBC News he will “wait for the outcome of that investigation and if we deem that it’s been an inappropriate process, we will hold the Winnipeg Police Service and the city of Winnipeg to account.”

In the wake of another murder of an Indigenous woman, Harper was asked again if he would finally respond in kind to the repeated calls—from Indigenous groups, provincial leaders, and even the United Nations—for a national public inquiry into missing and murdered Indigenous women.

“I think we should not view this as sociological phenomenon,” he said, responding to a question at Yukon College in Whitehorse on Aug. 21.  “We should view it as crime.”

Harper and the Conservative government’s denial that there is a reason rooted in colonialism to explain why Indigenous girls and women in Canada are four to five times more likely to go missing or be murdered—and that addressing that reason will be a necessary part of any effective solution—was compacted last week by another incident that sparked national outrage.

Last week, following the first ever World Conference on Indigenous Peoples held Sept. 22 and 23 in New York City, Canada was the only country in the world to object to the terms set out in a landmark document re-establishing the protection and rights of Indigenous Peoples worldwide. The document “set minimum standards for the survival, dignity and well-being” of the more than 370 million Indigenous people worldwide.

On Saturday thousands gathered at vigils across Canada to remember missing and murdered Indigenous women and strengthen the call for meaningful action in addressing the epidemic of violence against Indigenous women.

On Sept. 15 the federal government announced its Action Plan to Address Family Violence and Violent Crimes Against Aboriginal Women and Girls, but the five-year $25 million strategy has been criticized for missing the mark on root causes of violence against Indigenous women.

“While it is an important step that the government acknowledges the existence of intergenerational trauma, the report is careful not lay culpability on the residential school system or colonialism as major causes of said intergenerational trauma,” Krystalline Kraus wrote for Rabble.ca on Sept. 16. “Instead, the report simply notes that the government — through Justice Canada — will help ‘Aboriginal communities to break intergenerational cycles of violence and abuse by raising awareness and creating tools, activities and resources to build healthy relationships. These projects will be based on Indigenous knowledge and culture and put an emphasis on including youth as partners.’”

Dozens of people gathered at Memorial University on Saturday for St. John’s Sisters in Spirit vigil. Anita Kora, one of the event’s organizers and the Aboriginal Student Representative for the Canadian Federation of Students in Newfoundland and Labrador, said the government’s new plan to address violence against Indigenous women is inadequate.

“To be honest, it’s saying, we’re going to give you money for services, or to try to cease the violence, but it’s still not recognizing the colonial violence, the lack of cultural recognition — they’re saying it’s violence but the way that they’re saying it isn’t respecting anyone, and this is impacting people on a very personal level, on a community level and on a national level. It is very disheartening what’s happening.

“There’s a lot that needs to be recognized,” she continued, speaking to The Independent on Saturday. “There are women that are being attacked. They’re going missing, they’re being murdered. … Indigenous women are four times more likely than non-Indigenous women to go missing or be murdered, and that’s outrageous.

“They’re not involving families who’ve been impacted, who could inform what really needs to be done, and if they want to do something that truly helps to stop this, it would need to be a recognition and an acknowledgement of the colonial impacts against Indigenous people in Canada. And I feel like that’s what’s really making people scared, because then they would have to acknowledge racism and discrimination and a lot of other things.”

Kora, who hails from Nain, pointed out the number of missing and murdered children and women from Newfoundland and Labrador currently sits at around 100.

“It’s something that has been very quiet,” she said. “So I think acknowledging that this issue is impacting us here [is important].

“There are more communities that are starting to speak up and speak out, and actively [organizing] vigils and advocating for change, and pretty much supporting families and getting together and making sure there’s awareness,” she continued, saying it’s now up to the government to match the will of the people to effect change and reduce the risk of violence for Indigenous women in Canada.

Delilah Saunders also said she’s unmoved by the federal government’s strategy to deal with the problem.

“From what I’ve gathered it looks like smoke and mirrors. It isn’t enough. I think they’re approaching it the wrong way,” she said Sunday evening.

“I think they’re approaching it the wrong way by throwing money at [strategies] that aren’t going to the deep rooted problems.

“Stephen Harper has a tendency to deny a lot of traumatic experiences that the Indigenous peoples have had. Looking back at residential schools and stuff, a lot of documents that were hidden — that’s just a part of how he operates it seems. I don’t know if he is just in pure denial, or if I just don’t understand his approach. I don’t know.”

Sisters in Spirit was initiated in 2007 by the Native Women’s Association of Canada (NWAC), which began gathering the names of missing and murdered Indigenous women in Canada since 1990. At the time it had come up with the names of 582 women. Today the list stands at more than 1,200, with Loretta Saunders and Bernice Rich—murdered in June 2013 in Sheshatshiu—as this province’s two most recent cases.

Delilah welcomes anyone interested in following her blog to visit her at: homicidesurvivor.wordpress.com 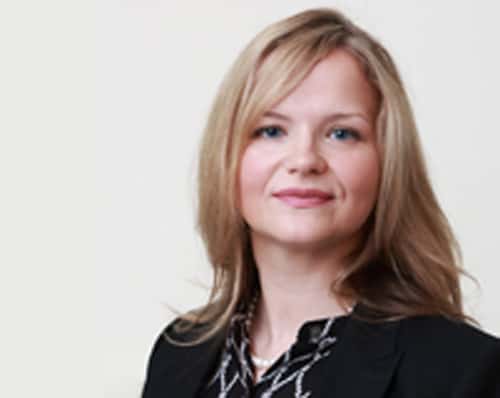 Don’t judge Judy
There are things worth being riled up about in this province. Judy Manning's appointment is not one of them. 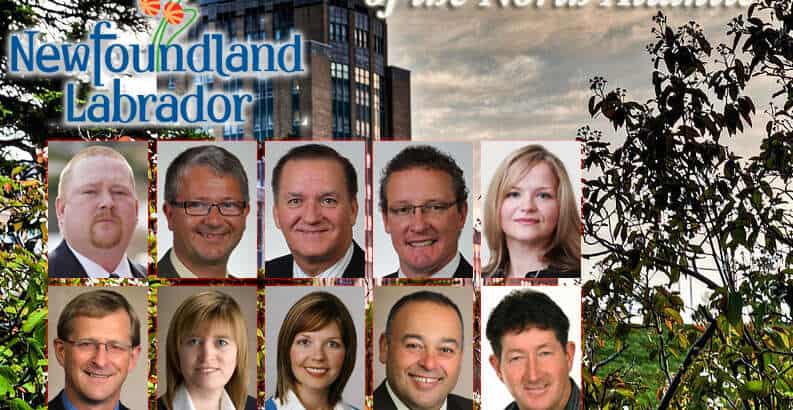