Fighting the power – the co-operative way

As governments in Newfoundland, Canada and abroad impose increasingly radical conservative and right-wing agendas in their respective jurisdictions, is it possible their actions are having the opposite of their intended effect, and inspiring everyday people to become more active in the pursuit of a progressive social justice agenda?

“I think the world is finally turning…People are getting more and more desperate for some kind of alternative to this endless austerity, to this cut-cut-cut, this move to the right.”

The sociology professor from Memorial University is one of the key organizers behind the launch of the newly formed Social Justice Co-operative of Newfoundland and Labrador.

The fledgling organization builds on a strong tradition of progressive and social justice activism in this province, and is in fact moving quickly to fill the gap of one group which, controversially, appears to be withdrawing from the province.

This news did not sit well with local activists – many of whom had worked and volunteered for decades to build Oxfam’s presence here. But there was an added complication: the question of ownership over the downtown building from which Oxfam’s provincial office operates on Duckworth Street in St. John’s. Oxfam wants to sell the building as part of its restructuring. However, activists argue that the agreement which transferred the building to Oxfam stipulates that the building was to be used for social justice work, and that if Oxfam is no longer willing to do that in this province, then the building ought to go to a group that is. Oxfam members in the province protested the closure vociferously in letters and meetings last year, and opponents of the move have consulted with lawyers over whether Oxfam has the right to sell the building – long a fixture of the city’s social justice community – for its own profit. They argue the agreement which gave the building to Oxfam says that if Oxfam pulls out, it must go to a social justice group with similar aims.

The hope of the Social Justice Co-operative is that they will be that group, and keep the building alive as a locus for social justice activism in this city and province.

But according to Porter, while that was part of the original impetus behind forming the Co-operative – which was incorporated in February – it has now taken on a life and presence much larger than that. She says the response to the launch – which will take place this Friday – has been unprecedented.

“We’re just amazed at how excited people are. A huge number of people have been in touch with us…wanting to be involved.”

Freedom to critique all levels of government

The group gave particular thought to the organizational form they would adopt, and the decision to adopt the co-operative model was felt by organizers to offer the greatest opportunity to avoid the pitfalls that many other charities, NGO’s and community organizations have encountered under a federal government that’s become increasingly repressive toward political expression by organizations that criticize and question government policy. By not relying on federal funding or support in any fashion, the Social Justice Co-operative will be much more free to act in accordance with the principles and goals set by its members.

“The principal thing is that we’re not going to be taking money from the government or any other body,” said Porter. “We might go out and get a grant, but we’re very leery about taking money from outside, precisely because other NGO’s have been silenced by having their funding cut. Or they have been told that they have to shut up or they’ll lose their funds. One of the ways we can distinguish ourselves from that is to say we’re not taking their [government] money, and we can say what we like and be as critical as we want because we don’t have that axe over our heads. We can speak on behalf of groups that can’t.”

Figuring out what those activities will be is going to be their first task. With so many issues of a social justice nature arising in recent years – both provincially and federally – Porter acknowledges that they’ll have to make some sober decisions around where to focus their energies.

“The next step will be to have a strategic planning session. We can’t do everything so we need to figure out what our focus will be. Some of that will be education, probably running a series of forums in the fall around alternatives to current policies.”

She says they also hope to develop a central clearinghouse for use by NGOs, community groups and other activists to enable a more coordinated sharing of information. And although they’re taking on a very broad mandate and role, she says their primary focus will continue to be provincial.

“Provincially we’ll be able to take up the impact of the Dunderdale cuts, and how they’re affecting people. We’re also hoping to be working more closely with the Canadian Centre for Policy Alternatives in terms of developing alternative budgets, alternative taxation policies, that sort of thing. Trying to point out the error of Dunderdale’s policies. But, we’re not partisan.”

Friday’s launch will feature a public forum titled “Charity Alone Won’t End Poverty: Where is Plan B?” Speakers will include Lana Payne from the Newfoundland and Labrador Federation of Labour, Bill Hynd from Oxfam Canada and Sister Lois Greene from The Presentation Sisters.

“We need something like this, whether we get the building or not,” said Porter. “Something to provide a focal point to take the resistance against the current injustices forward in a constructive way.”

The Social Justice Co-operative of Newfoundland and Labrador will be officially launched at The Lantern, from 7 to 9pm on Friday May 10. Contact Marilyn Porter at [email protected] for more information. 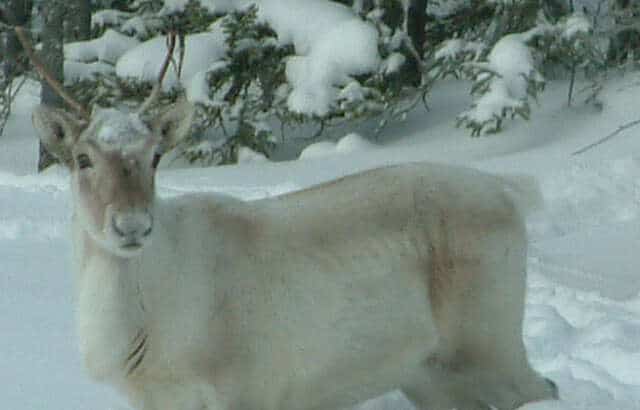 Tuktu me, what ya herd?
Fancy that: a tremendously important event not covered at all by the media...