Caps blow leads in consecutive games; losers of three in a row.

Friday’s failure to close out sets the tone

The St. John’s IceCaps welcomed the Worcester Sharks to Mile One on Friday night, losing to their heated divisional opponents by a 4-3 margin. The game was marred with chippy play and some aggression on both sides of the puck, however St. John’s simply couldn’t hold on to a mid-game lead long enough to secure the victory.

Ben Ferreiro opened the scoring early for Worcester, affiliate of the NHL’s San Jose Sharks. St. John’s responded late in the frame with a powerplay goal by Zach Redmond, who then notched another early in the second to give the home side the lead. Patrice Cormier made it 3-1 moments later, however it would not be enough.

Ferreiro scored again before Tony Lucia and Tommy Wingels put the Sharks ahead for good.

Peter Mannino was solid in goal for the IceCaps, taking a 28-save loss. Tyson Sexsmith made 24 saves for Worcester in the win.

Good tidings nowhere to be found in 5-3 matinee loss

While the annual Teddy Bear Toss, a longstanding tradition for the hockey clubs of St. John’s, took place Sunday, that cheer didn’t spread to the teams involved in the Sunday afternoon meeting. Worcester took the chippy, fight-filled contest 5-3 after another blown Caps lead, but that won’t be the talk around the water cooler.

The game saw five fights take place, a sign that the first true rivals have been identified in the new era of AHL hockey in St. John’s. Defenseman Travis Ramsey fought twice, while Eric O’Dell, Garth Murray, and Tom Maxwell all found dance partners as well.

It was likely spillover from what was some intense play both in Worcester and at Mile One in the prior meetings, as the sliding Caps looked to vent any time there was a physical challenge. Unfortunately they couldn’t ride the wave of physicality to a win, blowing another two-goal lead in the third.

Spencer Machacek, Paul Postma, and Aaron Gagnon scored for St. John’s, while Marco Rosa and Ben Maxwell had two assists each. Mannino started again, and took another loss on 36 saves.

The Caps have now lost three in a row, and won’t see home ice again until the calendar turns. They’re just 7-7-2 at Mile One, and will hope to improve their fortunes when the Manchester Monarchs come to town January 6. 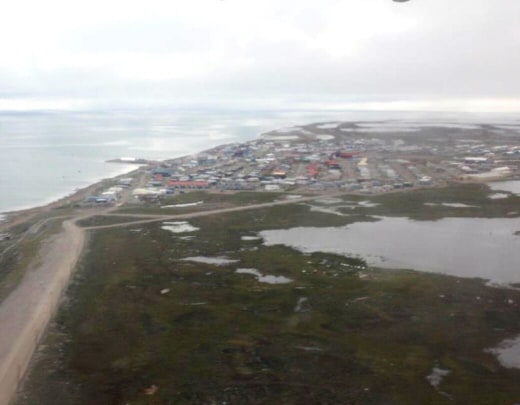