According to Lucille Jamault, spokesperson for the independent joint review panel, there’s been a big response so far to the call for registration. Jamault says it’s critical that people come out to give their views and get informed.

“You don’t just say, ‘I’m going to develop this at all cost.’” —Kirk Lethbridge

“Whether they’re for the project or against the project it’s all good information for the panel,” she explains.

Public sessions are set to tour the province from March 3 to April 15 — open to all who wish to hear and/or have their say on the mega hydroelectric project and its potential impacts.

Nalcor’s proposed transmission link involves the construction of an approximately 1100-kilometre long transmission line from Labrador to the island of Newfoundland. The crown corporation’s plans also involve the development of two hydroelectric generation facilities, including construction of dams and reservoirs on the lower Churchill River in central Labrador. The reservoir flooding required for the project is 126 sq. km.

When sessions begin in Happy Valley-Goose Bay, 48-year-old Kirk Lethbridge is registered to talk. The Labrador native is adamant the provincial government drop the project and explore other means of generating energy that don’t involve the damming of the Lower Churchill River.

“Dam the Humber River, dam the Exploits River, take Red Indian Lake and make that into one huge reservoir so Labrador can sell the energy from it,” Lethbridge facetiously suggests. “Then maybe the Newfoundland people will understand where some of us are coming from.”

He foresees the majority of people who show up at the Hotel North Two on March 3 will harbour concerns similar to his own, arguing in high numbers that Nalcor should walk away from the Lower Churchill.

“Then maybe the Newfoundland people will understand where some of us are coming from.” —Kirk Lethbridge

“The damming of the Muskrat Falls is going to cost an unbelievable fortune, not to mention running a hydro line straight down through Labrador to the island, to destroy more environment.”

Natural Resources Minister Shawn Skinner says he’s expecting a wide range of arguments from across the province. But he anticipates Labrador will host more public concern than Newfoundland, if only because the majority of the infrastructure and operating would take place there.

A student of Canada Studies at College of the North Atlantic, Lethbridge says he’s prepared to fight the project beyond the hearings if Nalcor is given the environmental green light to proceed with developing the Lower Churchill River.

Once the upcoming hearings have concluded, the review panel will deliver a report to the provincial and federal government environment ministers. Both will then make their own independent decisions on whether the project should proceed.

Meanwhile, Lethbridge has faith his message will be heard loud and clear and he’ll make a difference as he stands before the panel next Thursday.

“If there’s a legitimate environmental panel and not a rubber stamp then we have a great opportunity here to be heard. If it’s a done deal and they’re just coming through after the fact, then we don’t have much of a chance.”

Written transcripts from each consultation and all documents submitted will be posted on the Canadian Environment Assessment Agency’s public registry within a day or two of the session. 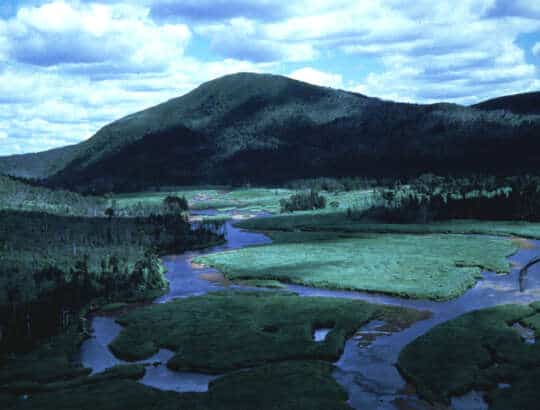