K’JIPUKTUK (Halifax) – Corridor Resources, the company that holds the rights to offshore oil exploration in the Newfoundland parts of the Gulf of St. Lawrence, is not having much luck lately.

The regulatory Canada-Newfoundland and Labrador Offshore Petroleum Board (C-NLOPB) has told the company that more consultations will occur before Corridor Resources gets to drill its exploratory well at Old Harry.

The timing is bad for the junior oil and gas company. Corridor’s exploration license is about to expire. And to make things worse, it has been unable to find a partner to financially support its venture.

So it’s stalling for time, observers believe. Hidden in a press release announcing Corridor’s second quarter financial results is a one-sentence statement that it is requesting more time to execute on its license given the requirement to complete additional consultation.

For Sylvain Archambault, spokesperson for the St. Lawrence Coalition, enough is enough. Corridor already received two such extensions, adding three years to the lifespan of its license.

The inter-provincial St Lawrence Coalition wants a moratorium on any oil and gas activities until risks to the rich but fragile ecology of the Gulf are fully understood.

Archambault points to Shoal Point Energy, a company that late last year lost its license to frack for oil in western Newfoundland because it ran out of time. It also lost its $1 million deposit.

He believes that Corridor itself is to blame for many of the delays in establishing a regulatory regime for drilling in the Newfoundland parts of the Gulf.

Corridor was very slow coming out of the gates. Later on, a planned independent review was cancelled when Corridor asked for yet another extension in 2011, Archambault explained.

In a letter to the C-NLOPB the St. Lawrence Coalition welcomes the additional consultations, but it urges the Board to reject Corridor’s request for an extension.

The letter points out that Corridor has the option of filing a $1 million guarantee to obtain an extension until early 2017. So why not go that route, the Coalition asks.

“I think Corridor wants more time because they need a major partner, but they can’t find a partner. So any time they can buy is good for them,” said Archambault.

“They are trying to find money, they were very clear in their recent financial report that they need a partner in order to drill,” he said. Corridor is working with “acquisition and divestiture experts” at Macquarie Tristone to find such a partner.

The C-NLOPB has not yet received the Corridor request for an extension, spokesperson Sean Kelly told the Halifax Media Co-op.

Kelly confirmed that further consultations are indeed being planned for by the C-NLOPB.

“The board is committed to doing an extensive public consultation on the Old Harry environmental assessment. This goes back to a request by the former [federal] minister [Kent, of Environment Canada] to our former Chair,” Kelly said.

“That includes consultation with aboriginal groups as well,” Kelly added. Last month a coalition of Innu, Maliseet and Mi’gmaq Nations bordering the Gulf of St. Lawrence demanded a 12-year moratorium on oil exploration and development.

Archambault called the announcement of a public consultation excellent news.

“We have no idea what the consultations will look like. We want a truly independent and credible consultation, an extensive public consultation across all affected provinces,” he said.

Corridor Resources did not respond to the Halifax Media Co-op’s request for information.

This article originally appeared on the Halifx Media Co-op website on August 22, 2014. 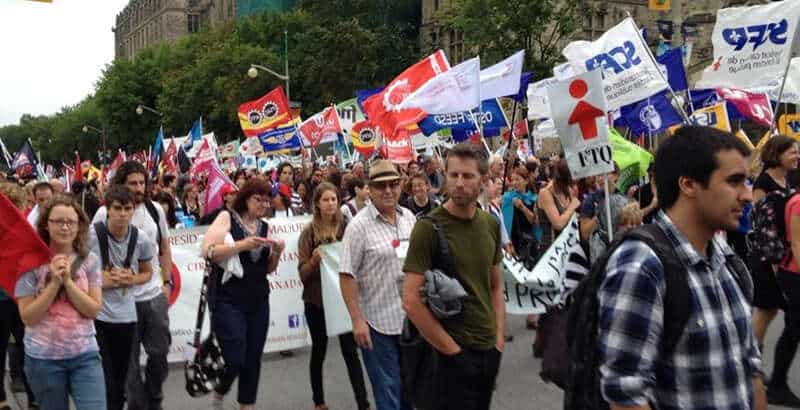 Thousands gather in Ottawa for Peoples Social Forum (Day 1)
"The four day gathering aims to create a common front among the many diverse movements fighting for rights, for justice, and for the environment." 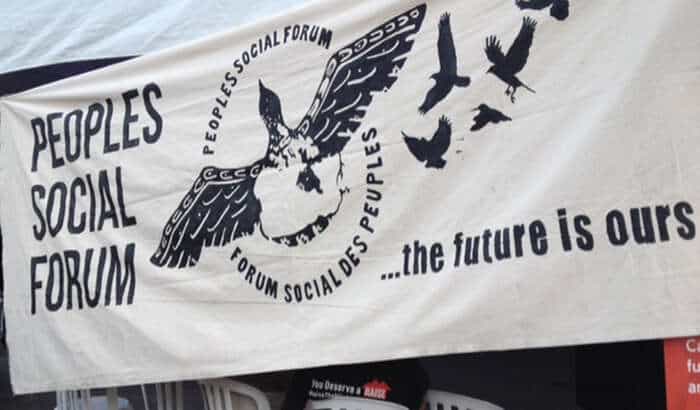