“The Log Driver’s Waltz” is a Canadian folk song written by Wade Hemsworth and made famous by an animated film short the National Film Board released in 1979. It’s about a young woman who falls in love with a logger because of his unparalleled dancing skills – driving logs down the river has made him irresistibly nimble on his feet. The loggers’ agility has also been noted in this province, earning them the nickname “bubble walkers” or “bubble treaders,” according to the Dictionary of Newfoundland English.

Romantic perks aside, logging was tremendously difficult work in Newfoundland and Labrador during the first half of the 20th century. From sunrise until sunset, loggers felled trees, hauled logs and helped bring the wood to the mill site. In the evenings, they returned to dirty, drafty and overcrowded bunkhouses. Many men spent between five and nine months in these camps, separated from their families.

Newfoundland and Labrador loggers usually harvested spruce and fir trees for manufacture into newsprint. They did this in three phases over a nine-month period: first the cutting phase in the fall and early winter; then the mid-winter haul-off, when loggers transported pulpwood to a pond or river; and finally the spring river drive, which brought the wood to the mill site.

Work-related injuries were not uncommon because of the physical nature of logging. Chainsaws, trucks, and other mechanized equipment did not become widespread until the 1950s. Until then, loggers manually harvested lumber with axes and bucksaws, and hauled heavy logs out of the woods with horse-drawn sleds.

Most logging operations were in central and western Newfoundland, and men arrived from all over the island looking for work. They often travelled by foot, carrying all of their belongings on their backs. Not everyone, however, got to stay. A foreman at Lomond, on the west coast, reported that during the 1930s he sometimes had to turn away people who had come from up to 200 kilometres away.

Life in a logging camp

Those who did find work had to rough it in the logging camps. Bunkhouses were dirty and drafty, the roofs often leaked and there was only a handful of washbasins and outdoor toilets for dozens of men. Privacy was virtually nonexistent because each bunkhouse had to accommodate between 20 and 100 workers. If a logger wanted a mattress for his bed, he had to rent one from the company. These were often dirty and many men preferred to make their own bedding out of tree boughs.

The contractor or foreman assigned each worker a section of land to work. Loggers referred to these lots as “chances” because they didn’t know what quality of timber would be in their assigned area. Poor chances could be located on boggy or steep terrain, or contain wood that was difficult to harvest. The quality of a logger’s chance directly impacted the amount of money he earned because companies paid workers by the cord, not by the hour. It was the practice of most contractors to give the worst lots to the least experienced woodsmen.

Most woods work took place in the fall and winter. Once all the ice broke up in the spring, however, the final phase of the logging operation began. Known as the river drive, its purpose was to float pulpwood over water to the mill site or railway depot.

Driving was difficult work. The men were wet most of the time and often worked 13-hour days. Once their job was done, they returned home for the summer until the cutting phase began next fall – giving them a few months to trade in the river for the dance room before the entire cycle started again. 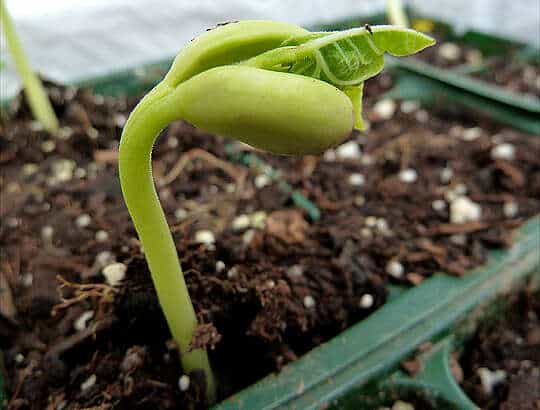 Gardening 101.3
In which is discussed the buying of baby plants from garden centres, along with the starting of one's own plants. And stuff.