Jam, pie, preserves, tea, wine, or just fresh – however you want to consume them, the sweet seasonal treat is abundant and ripe for the picking in most parts of the province.

Just as I had stopped eagerly checking every berry bush in hopes that they were ready (I begin checking ludicrously early), I stumbled upon a big patch of in-season blueberries. I promptly emptied my water bottle and began filling it with them. When I took a break to look around me, I noticed that there were some raspberries growing on the other side of the trail. Wild raspberries! And not just a few – a whole field of them. That’s right, cats and kittens, the berries are here! Get out and get them while you can. I, for one, am turning my daily hike into a berry-picking extravaganza to get as many as possible so I can make preserves and freeze some to see me through the winter.

To my delight, teaching my dog to eat berries off the bush was as easy as feeding her one and then guiding her nose to a ripe patch. She quickly became quite the little berry-scout. The only downside is that she is now my main competition, sometimes gobbling up a berry just as I’m about to pick it. The comedy of watching her eat a path through the berry field is definitely worth it, though.

A brief history of a delicious medicine

The raspberry, or rubus idaeus, is another non-native plant that has had great success in North America. The bushes, which are native to the island of Crete, made their way to the New World in the 1700s when European settlers carried them over on boats. Raspberries, which typically grow in cleared out areas, whether it be from a tornado or human destruction, have been part of the human diet since the paleolithic era – with their earliest written mention dating back to the 4th Century BCE. Myth has it that the berries, which were white in early Hellenistic times, were turned red when Zeus’ nursemaid Ida pricked her finger on one of the thorns. It turns out that a climate like Newfoundland’s is perfect for these berries, which prefer a cooler environment and are able to thrive as far north as the Arctic Circle.

As if raspberries’ bright colour and perfect combination of sweet and tart aren’t enough to convince anyone to eat them whenever available, they also pack an impressive antioxidant punch, helping fight both cancer-causing free radicals and symptoms of aging in the body. They are also high in manganese, which helps relieve arthritic pain and lowers cholesterol. According to Flat Bay Mi’kmaq elder Calvin White, the Mi’kmaq have also regarded the raspberry as a medicinal plant, eating the berries to treat diarrhea and boiling the berries and leaves to produce a tonic that helps cure mouth sores.

In fact, traditionally, the leaves have been prized even more than the fruit. As they have been for centuries, red raspberry leaves are used as medicine to alleviate symptoms of gastrointestinal disorders, the flu, diabetes, and menstrual pain, to name just a few.

If you aren’t particularly invested in saving all the shrubs for next season, the roots can also be boiled and eaten, and young spring shoot-offs can apparently be eaten similarly to asparagus. So what are you waiting for? Get out there and get your berries! 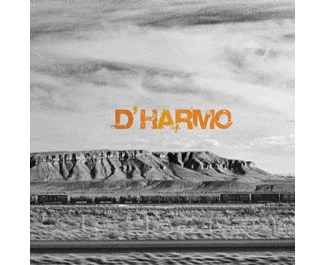 D’Harmo / Self-titled
With their debut album, this Quebecois harmonica quartet will take you for a musical ride...

In Full Retreat: How the provincial government is crushing conservation (Pt. 2)
Newfoundland and Labrador’s astonishingly poor protected areas record cannot simply be the result of benign neglect (Part 2 of 2).