A teenage prostitute and a pedophile clown: this is the set-up for a new experimental play coming to St. John’s and the latest foray into theatre of the abject from Poverty Cove Theatre Company.

The play was written by award-winning playwright Amy Lee Lavoie, a graduate of the National Theatre School (NTS), and has been “staged” in a number of Canadian cities. The local iteration is directed by Shannon Hawes, starring Darryl Hopkins and Meghan Greeley, and is provocatively billed as a “clown show” that is expressly “not for children.”

Rabbit Rabbit is a one act play set in real time in a motel room. The two characters, Larry the pedophile clown (Hopkins) and Britney the teen prostitute (Greeley), are something of an unlikely pair that came about through an experimental writing process at NTS when Lavoie was a student – the characters were randomly drawn out of a hat. The result is a play that is often described as profoundly disturbing but poignant in its social critique, and the reviews of different adaptations of the play (such as this one or this one) have been glowing.

In an interview with The Independent, actor Darryl Hopkins sums up the play: “Rabbit Rabbit is about two people who suffer from the ubiquitous mental illness of love. Brittany, a prostitute, is in love with her pimp and is constantly afraid of losing his affection. Larry is a birthday clown who is physically attracted to children, so he regularly visits prostitutes and plays out his fantasies in order to suppress these urges.”

These kinds of dark yet prescient plays with a social conscience are part of the purview of Poverty Cove Theatre Company, and are tapping into an older tradition of activist-oriented theatre in Newfoundland. The experimental, on-the-ground aspects of Rabbit Rabbit are reminiscent of the agitprop theatre (theatre with an explicit social critique or political bent) of the Mummers Troupe, which toured the province throughout the ‘70s and early ‘80s.

Many of the Mummers Troupe’s shows were held outside the constraints of the traditional theatre, taking up issues that were of immediate relevance to communities. They provoked reflection, outrage, and in one instance a minor riot. Although Rabbit Rabbit may not necessarily inspire mass demonstrations in the streets, it is a play that nonetheless strikes at the social underbelly of a rapidly urbanizing St. John’s.

The pedophile and the prostitute “represent marginalized people in our own society,” says Hopkins, “people who are demonized and ostracized as a result of their own actions and society’s view of ‘the norm.’ Presenting these types of people within the structure of a formalized play can open audiences to examine otherwise forgotten members of society.”

“This type of theatre is very challenging because the author of the play, Amy Lee Lavoie, doesn’t draw lines of right and wrong, and doesn’t provide a clear cut resolution, which, I believe, encourages the audience to think long and hard about the actions of these characters and hopefully drives them to discuss these taboo issues openly.” Paraphrasing Cesar Cruz, Hopkins says, “good art should comfort the disturbed and disturb the comforted. I believe this play will do just that.”

Rabbit Rabbit runs April 30 through May 4 at The Gov’nor Inn on Elizabeth Ave. in St. John’s. Showtime is 8 p.m. each evening and tickets (available online here, or at the venue) are $25, with a pay-what-you-can matinee performance on May 4 at 2 p.m. 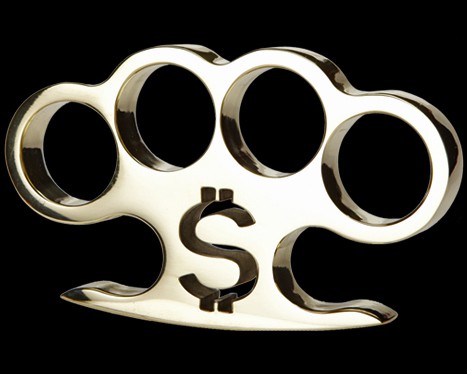 Down to the brass tax
The province has a looming baby boomer retirement problem, crumbling municipal infrastructure, and a lack of capacity at the municipal level to deal with all…