The Downtown Pedestrian Mall is making a comeback for two weekends over the holiday season, complete with a musical soundtrack and roving bands of mummers.

First thing on the agenda this week was the adoption of a Heritage Designation By-Law for 50 Bonaventure Ave. I had to find it on Google Street View to see what the fuss was about.

(When you zoom in on the house in question, the map flicks back to image capture results from 2009, so we get to see the pre-renovation look.)

The home is now operated as The Georgestown Inn. Owners John and Cindy Purtill shared with the Telegram in an October 26th article that, “if [Heritage status is] done before Christmas they hope to serve traditional high tea during the Christmas season.”

I’m not super versed in heritage designation protocols (yet), but assuming this by-law adoption really is what it sounds like—and the process isn’t a surprise series of paperwork-holding nesting dolls (as is the case for many things municipal)—this sounds like a Covid Miracle. What a lovely thing to do this December after a day of shopping at the Holiday Market pedestrian mall!

Yes, that’s right—Water Street is getting shut down again next month in response to the huge success of the summer pedestrian mall. But I want you to eat the proverbial veggies before serving dessert, so keep reading.

Permission to Bust Rocks and Build a Grow-Op Shed

Yet another hopeful Mineral Workings Quarry has a Discretionary Use Application submitted, again on the Foxtrap Access Road. 25 hectares large, and Cllr Collins assumes it’s for the production of aggregate material. No one has any idea who submitted the application. But that didn’t stop Council: they unanimously approved it, subject to meeting all applicable requirements.

In addition to Last Week’s Quarry (great name for a Bell Island garage band btw) and the one approved this week, Deputy City Manager Jason Sinyard says there are two more in the approvals queue in the near future. It seems as though it’s a good time to get into the gravel business. The city will even let you do it without knowing who you are!

Meanwhile, Canopy Growth wants an accessory building on the property at 60 Eastland Drive they’re leasing from that mysterious numbered company. This sort of thing is not permitted nor discretionary in the zone—but, as Cllr Burton explains, Discretionary Power can be used to let them have it. And so it was.

Parking and the White Stuff

Following in-depth discussions at Committee of the Whole (CotW) a few weeks ago, Cllr. Froude made three motions today regarding parking (and snow).

First: that council reject the recommendation to have the start date of the Winter On-street Parking Restriction (for areas outside the Downtown) and the Business District Winter Parking Restriction set on December 1st each year. The parking restriction is currently implemented in early January and the exact date varies each year.

Mayor Breen supports the rejection. While he understands the recommendation, basically he says we don’t need to go throwing a wrench in people’s holiday kitchen parties and open houses. Especially not during Covid Times, when there are enough wrenches as-is.

David Crowe, Manager of the Roads Division at the Department of Public Works, really tried to make the case for a stationary, earlier date. All our neighbouring municipalities get it kicked off on December 1, or even as early as November 1. Also, the inconsistent date in St. John’s “results in public anger and reputational damage.” Last time I checked, everyone is angry and has a low opinion of the city’s snow clearing reputation no matter what. We like our Special Days to be roving, because we’re Special. Council is cool with keeping it that way.

Second: extending the overnight parking ban for streets outside the downtown when operationally required. (This restriction would apply when the Deputy City Manager determined it is necessary, for example during a snow event and for 24-hours thereafter.) They are learning from Snowmageddon. This change will help the city keep its promise to make a cut on every street within 24 hours of snowfall. Again, all our neighbouring municipalities have had this rule in place for a number of years. Cllr. Burton pointed out, “It’s really important that staff who are doing the snow clearing have a bit of flexibility to determine… what needs to be done. And you know, with 1400 kms of roads to do… I think it’s very important to get the pass done as effectively as possible.” Motion carried.

(It still baffles me that to clear a path between Pitts Memorial and the ferry in Port Aux Basques, the Provincial Government’s plows cover less distance than the city’s plows tackling the sum of our municipal roads. This is what you have to remember when the crowd from Mount Pearl rave about their superior snow clearing.)

And last but not least: the hours of the Downtown Winter Parking Restriction are being amended. Cllr Froude reported that with the current restriction of 12:30 am to 7:30 am, there are conflict points on both ends. Staff are sneaking early starts, and residents are active earlier than 7:30 in the morning. So, the restriction is being shifted to 11 pm – 6 am. Cllr Hanlon thanked staff for listening to residents on this.

Council has voted to lower the priority of “second-side sidewalks.” Instead of clearing sidewalks on both sides of a road, only one will be completed at first—which, in theory, will more quickly create an interconnected network of walkable paths through the city, given the (very sad amount) of available resources for this service. With a frustration-deflecting laugh, Cllr Burton noted, “not making perfect the enemy of good is something I, unfortunately, have to care very much about in this kind of work.” Isn’t that the truth. I think when it comes to Council’s collective stance on the priority of year-round active transportation, we are usually forced into not making good the enemy of ‘half-decent-but-not-really.’

Sweeping that under the rug for another year, Council moved to review a report from the Inclusion Advisory Committee re: the Pedestrian Mall, and share with all relevant parties. Cllr Stapleton shared recommendations such as wayfinding aids for those with vision loss, signage for upcoming ramps and obstacles, making sure ramps meet code and lead to a deck that can be maneuvered by a wheelchair, establishing accessible washrooms, and inclusion-education for business and security staff. All excellent things. It was reassuring to hear Deputy Mayor O’Leary acknowledge that there is “an unbelievable number of lessons to be learned throughout that process [of operating the pedestrian mall]” and that “equity for as many people as possible in our community… is certainly what we are targeting.”

It was really cute when Danny went looking for an unneeded seconder on Cllr Froude’s notice of motion to amend the snow clearing bylaw next week, and quickly realized he was on autopilot. “Juuuuuust seein’ if you’re all payin’ attention, that’s all.” He then almost skipped the sign by-law notice of motion.

He’s just as excited to get to the Holiday Market as you are.

Informed by the Downtown business community and the visiting public, the decision to pilot a Downtown Holiday Market over two weekends in December was approved! Proposed dates are December 5 – 6 and 12 – 13. Enhanced decorations, holiday music and “pre-recorded messages” will play on Water and Duckworth, and mummers will be “roaming” both streets (plus George). There were three options on how to deal with cars on Water Street, once the section between Adelaide and Prescott is briskly pedestrianized (masked drunkards sold separately).

Confusingly, Cllr Skinner seconded Cllr Hanlon’s motion to move forward with Option 2 (albeit for only one weekend, not two), and then backtracked to say that in fact, he does not support a Water Street closure. He referenced “grave concerns” from businesses on Duckworth Street, that they are being isolated and ignored. A Water Street pedestrian mall turns Duckworth into a parking lot, they said. And the mall-walkers’ cars on Duckworth then take up all the space for Duckworth business patrons. In the end, he was the sole councillor to vote against the motion.

Cllr Hickman feels that two weekends is the minimum. He thinks people were expecting four or five. There’s not much point in doing one. He would have preferred three weekends, but will go for two. Lolz. It’s like Monty Python’s Holy Hand Grenade. He doesn’t believe the loss of 70 or 80 parking spaces on Water Street will make that much of a difference, and emphasized that this is being done primarily for retail. Restaurants are secondary. During the summer, it was the reverse. “If we don’t move forward with something like this, we’re not being progressive; we’re not responding to what the people of the city want,” Hickman said. Hear, hear!

When reflecting on whether one weekend or two would be better, Cllr. Korab admitted he “has no horse in that race.” His lack of enthusiasm around reclaiming road-space from cars has not waivered since the vote on active transportation lanes last spring in response to Covid. But I will say, I wanted to give him a triple high-five for his stance on there being “no parking problem downtown. The problem is walking to your store that you want to go to. When you go to the Avalon Mall [or] the Village Mall, you do not park right in front of the store you’re going to… I usually park as far away as I can. But, anyway.”

Cllrs Burton and Froude preferred a full road closure. Deputy Mayor O’Leary, Cllrs Stapleton and Collins were all okay with two weeks and a soft road closure. Here’s a Wallyism for you: “no particular reason, but that’s the way I’m leaning towards.”

To wrap it all up, Mayor Breen had a very nice speech on collective responsibility of all businesses to come together at the table and get involved with addressing concerns. He concluded: “in my mind, this is something that’s good for the city, and we have to find a way to make it work. It will be good for everyone.”

That’s it for this week!

UPDATE, 11:53 AM, 13 November 2020: An earlier version of this article did not fully clarify how the ‘Soft Road Closure’ option would work for the Holiday Pedestrian Mall.

Ladies Who Lunch and the Thrill of Homegrown Horror
With all original pieces, in-show "ads" and an on-stage Foley artist, Ladies Who Lunch showcase the passion that goes into producing a radio play. 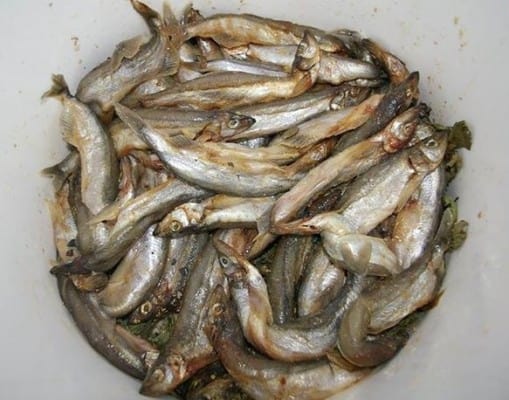 Smallest Fish Nets Biggest Share of Profits
Capelin sold for higher prices in the marketplace this year—despite record low quotas hauled to shore by the province's saltwater cowboys and girls.