Organizers, farmers optimistic about growth and sustainability as the co-operative looks to develop its ‘five-year plan’.

Hundreds trickled through the Lion’s Club Chalet on Mayor Ave. Saturday as the St. John’s Farmers’ Market kicked off its fifth season.

Outside, local musicians Naomi Kavka, Joshua Sandu and The St. John’s Ukulele Orchestra offered a musical backdrop for market goers checking out the herbs, flowers, vegetable plants and other goods from the spring harvest. There’s a unique ambience with the experience of seeing, smelling and touching the plants and produce, meeting the people who grew it, and hearing the live, always-changing, weekly market soundtrack.

The scene inside was intimate too. People brushed against one another in the crowded aisles to scope out the baked goods, handcrafted jewelry and local and international foods on offer.

I found market manager Terry Smith chatting with one of the farmers and asked her how the new season was shaping up. Like last season, about 80 vendors had applied for tables at the opening market, she said. “And I expect it will grow to 200-plus, which is what we had last year. “We’ll have all the regular farmers back who were here last year,” she explained, “and there have been a couple more applying who will start coming as their crops are ready. So it’s on a growth trajectory.”

In just four years the market’s popularity and attendance rates have soared, but the absence of a permanent space in the city is hindering the kind of growth vendors, farmers, consumers and members of the St. John’s Farmers’ Market Co-operative believe is possible.

Over to the ‘Le Doyen’ table proprietor Dean Barnes was back at the market after a successful first year selling his French, Austrian, Hungarian and Scandinavian pastries. Barnes hails from Grand Bank but spent 24 years in Montreal before returning to the island. Lacking the capital to open a bakery, he opted instead to set up shop at the farmers’ market and sample his products, which were an immediate success. He now has a loyal customer base. “I’m expanding into catering now as well, and it all started because of (the market),” he said. “So we’re looking at a business coming out of this, hopefully sooner rather than later.”

Barnes also became chair of the St. John’s Farmers’ Market co-operative at the annual general meeting this spring, a responsibility he’s keen to take on. “In Montreal every neighbourhood has had its own market since the 19th century, with a fixed structure that operates year round,” he said. “And then the farmers come in and hang their tarpaulins…and the market just completely expands. I would love to see that here. “St. John’s is the largest city in Atlantic Canada without a permanent farmers’ market that is set up by the city,” he added. “There used to be one here next to where the Supreme Court is now.”

Barnes said the market co-op is developing a five-year plan centered around the hope of transitioning to a permanent multi-use space supported by the city. Deputy Mayor Shannie Duff and councillors Sheilagh O’Leary and Tom Hann are supportive of the initiative, he said. A permanent location could operate year-round, provide a venue for the hundreds of hopeful entrepreneurs and help foster the development of sustainable agriculture on the island which, Barnes said, would offer locals a reliable option for healthy, locally-grown food.

“St. John’s is the largest city in Atlantic Canada without a permanent farmers’ market that is set up by the city.”
– Dean Barnes, St. John’s Farmers’ Market Co-operative Chair

Back outside Karen Durfey of Ripple Trail Farm in Markland was chatting with customers about her venture into cultivating herbs for the first time after four years at the market. Aside from selling a bit of produce along the highway at Whitbourne, until the farmers’ market started Durfey and her husband Dennis had no better business options than to sell their harvest in wholesale to grocery stores. “When I sell wholesale I’m getting sometimes less than half what I charge here, which is market price,” she said. “So I’m losing a lot by going wholesale, but where we have such a big farm we have to go that way — we have no other choice.” Durfey said if the market finds a permanent home in the city she would likely sell there three days a week, a scenario that would reduce her dependency on the retail chains, which profit as intermediaries in the farmer-consumer relationship.

Additionally, Barnes said of the farmers who sell at the market, “they’re listening to their customers. So instead of (growing) just the standard cabbage, carrot, turnip and potatoes, you have kale being grown, you have this being grown, that being grown. “And what’s happening now is we’re getting more diversified agricultural products showing up on the market that is locally produced,” he said. “It’s fresher, tastes incredibly better and we’re not worried about shipping and transportation (issues).” The ability to meet the people who eat her food, said Durfey, led her to their new undertaking this season. “Last year we had a lot of customers asking us for herbs, so I said I’d try it and see what happens,” she said, “and it’s been pretty popular today.”

Ripple Trail Farm wasn’t the only returning vendor to offer new products on Saturday. Andie Wilson and Jason Burt of ‘The Rowhouse Dog Bakery’ unveiled their new Tuckamore Trail Treat line, an all-natural dehydrated dog jerky. “This was my first foray into the doggie treat business, so I decided this would be a great venue. I was lucky to get a table that first season and since then we’ve stayed,” Wilson said. “The community is great, and that’s probably what we miss the most (in the offseason) — seeing everyone that we know and having those kind of relationships,” she added. “It’s also great because we can get all our groceries here, (and) presents and that kind of thing.”

Barnes said the co-operative understands the market not only as a venue for farmers, food vendors and artists to sell their products and work but, in collaborating with environmental and agricultural partners like the Food Security Network of Newfoundland and Labrador, also as a means “to really try and encourage more agricultural production in the province.” Within a few weeks, Smith added, Food Education Action St. John’s (FEASt) will also begin its regular free workshops, which instruct on things like do-it-yourself sprouting, container gardening and preserves.

Consent in the Age of Electoral Machines
We often celebrate our political traditions—but how "traditional" are they? 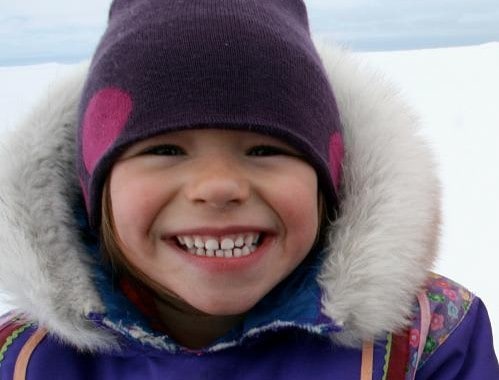 Three kids above the treeline
For those who move there, raising children in the North is a learning experience for everyone