Last Wednesday, after a meeting with heads of government, health officials, police, and even the local fire department, Joe Dicker sat down and wrote a letter asking people to stay out of his town.

The AngajukKak (or mayor) of Nain asked that anyone planning on coming to town—which sits on the north coast of Labrador in Nunatsiavut—to please consider the nature of their visit. If it wasn’t absolutely necessary, he asked that they “stay away.”

The next day, the Nunatsiavut government issued its own directive, asking that all non-essential travel to and between Labrador’s Inuit communities be cancelled.

“Pandemics have had catastrophic impacts in Nunatsiavut in the past, and all efforts must be taken to help prevent the spread of the COVID-19 coronavirus to all Labrador Inuit communities,” the release said.

Nunatsiavut is under the same public health emergency as the rest of Newfoundland and Labrador, as officials scramble to contain COVID-19’s arrival in the province. As of March 25, there were 67 cases in the province, with four confirmed and the rest presumptive. Three are in the Labrador-Grenfell Health area, which covers all of Labrador and part of Newfoundland’s northern peninsula. (Officials aren’t specifying exact locations, citing privacy concerns.)

But the pandemic poses particular issues for Indigenous communities. Like the rest of Nunatsiavut, Nain is struggling with a housing crisis that’s led to some of the highest tuberculosis rates in the country—a 2018 outbreak in Nain infected around 50 people and killed a 14-year-old boy. Dicker is keeping a close eye on his community.

“It’s scary,” he told the Independent. “The worst thing about this right now is things change every day, every hour.”

Inuit are especially at risk: Obed

According to Inuit Tapiriit Kanatami (ITK), a national organization representing Canada’s Inuit, the average rate of tuberculosis among Nunatsiavut’s Iniut from 2006 to 2016 is a staggering 248.4 cases per 100,000 people.

The prevalence of tuberculosis in the region, which has a population of about 2,600 people, is largely attributed to limited access to health care as well as an urgent housing crisis. There aren’t enough affordable homes in Nunatsiavut, which means houses are often overcrowded, sometimes with ten or more people in a single home that desperately needs repairs. With a significant income gap between the region’s Indignous and non-Indigenous people, it’s the Indigenous people who are hit hardest by the shortage.

A fifth of Nunatsiavut’s Inuit population lived in an overcrowded home in 2016, according to Statistics Canada. More than 30 per cent lived in homes in need of major repairs.

“Many overlapping and mutually reinforcing effects of colonialism have resulted in health inequities that make remote and Northern communities uniquely vulnerable to the spread of COVID-19,” said a release sent last week by the Canadian Paediatric Society. They are urging the federal government to work with groups like the ITK to ensure Indigenous communities had proper access to healthcare during the COVID-19 pandemic.

“Inadequate housing conditions, including overcrowding and mold, increases the risk for respiratory illnesses and reduces the ability to effectively self-isolate.”

The Canadian Pediatric Society release came a week after a similar missive from ITK itself. It called for the country’s Inuit to be considered a special, high-risk group in the federal government’s planning and response.

“Inuit are a high-risk group in general for respiratory infections, including tuberculosis. Long-standing social and economic inequities mean that Inuit communities could be disproportionately affected by COVID-19 and should be a priority for allocation of resources,” the ITK release read.

The ITK’s president, Natan Obed, is from Nain. Dicker is glad he’s speaking up.

He points out that in addition to the overcrowding problem, Nain isn’t connected to other towns by road. Right now, the only way to get in or out is by skidoo trails or by air. And those flights out of Happy Valley-Goose Bay are dependent on the weather. That could complicate things if someone needs specialized medical care.

“It’s good to know that the president of ITK is fighting on our behalf throughout all the Inuit communities across the North,” he said.

Sylvia Doody, director of health services with the Nunatsiavut Government, says her department is well aware of the overcrowding issue and the complications it brings to a situation like the COVID-19 pandemic. It’ll be tough for people to self-isolate if and when they need to if they’re living in a crowded house, she acknowledges—even tougher if, say, a mother is trying to self-isolate while her kids are just outside her bedroom door.

“A house of all adults may be more vigilant,” she told the Independent. “It depends on what type of household dynamic you have there.”

The focus now is on collaborating well with the regional and provincial governments and health authorities to get the right message out to people and to help people follow the advice in that message, she said.

“Should we have someone that needs to self isolate, we’d provide the family and the client themselves with the correct information to limit and prevent spread,” she explained.

She said it would be naive to think COVID-19 won’t hit Labrador, but that everyone is working hard and paying attention to be sure the region is ready.

“We are prepared on the public health side. We have our nurses prepared and ready to respond.”

Dicker says he’s happy with the amount of communication and collaboration he’s seen between all the levels of government and the various health authorities—so far. He’s keeping an eye on Ottawa to see how they’ll respond to Obed’s call to keep communities like his safe. In its $82 billion COVID-19 emergency response package announced March 25, the federal government earmarked $305 million for a new Indigenous Community Support Fund to address immediate needs in Indigenous communities.

“What I would like to see happen is that we not be left behind in all this,” Dicker said. “We’re isolated and I think we’re the most vulnerable.”

In a Pandemic, Local Journalism is More Valuable than Ever
Journalism is fundamental to keeping our society and democratic way of life alive as it too faces unprecedented stresses from the pandemic. 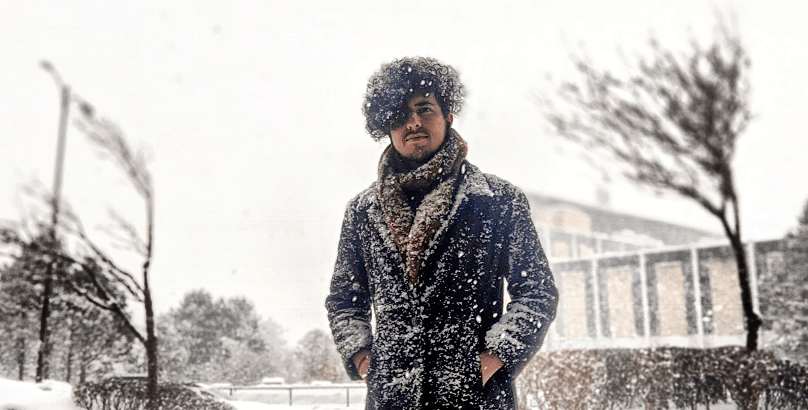 Memorial Grad Students Evicted for Their Own Safety
GSU consulted with public health officials who warned them the Feild Hall residence could not be kept safe.