Midwifery saves money and lives. Why is Newfoundland and Labrador lagging so far behind the rest of Canada?

International Day of Midwifery is May 5th each year. While this is a column on all things birth and parenting and it would make sense to recognize this celebration on that basis alone, midwifery also has a personal importance to me.

In 1892 Sir Wilfred Grenfell arrived in Newfoundland and established hospitals in Labrador and northern Newfoundland. He recruited medical professionals from the UK and in the late 1960’s my mother and father arrived independently in Goose Bay as a nurse midwife and dentist respectively. Obviously both adventurous, they loved the wilderness and challenges of the Grenfell Mission. In fact, they delayed their marriage for a year because my mother received the Station Nurse position in Cartwright. Ever a trail blazer and leader, I am proud to be her daughter. With this background and my own personal interest, I now find myself involved and interested in what I can do about the current state of midwifery in Newfoundland and Labrador.

Newfoundland and Labrador falling behind

While there is a standing agreement that nurses in the Labrador Grenfell Health Board with a midwifery background practice a limited scope of midwifery, Newfoundland and Labrador is one of only three jurisdictions in Canada without midwifery legislation (along with PEI and the Yukon). The Canadian Association of Midwifery, in a gesture that implies there is work to do in Newfoundland to bring our pre-natal and natal care options up to par with many other regions in Canada (and, in fact, other parts of the world), is holding their Annual General Meeting and conference in St. John’s this year to help raise awareness about this issue.

Over the past year or so I have been surprised to find that there are qualified nurses already living in Newfoundland who could practice midwifery. Additionally there are qualified Newfoundlanders living away who would love to return. But return to what? Until there are positions and legislation to which they can return and begin to practice, our province will be in a state of inertia.

But return to what? Until there are positions and legislation…our province will be in a state of inertia.

Midwifery began devolving in Newfoundland some time ago. In 1961 and 1962 there were no applications for new licenses, and in 1963 there was only one application. At this time the Provincial Government decided that midwives were no longer required and ceased to appoint a Board to issue the annual licenses to midwives practicing in the province. In 1963 the last license was issued to a midwife. In 1986 the midwifery diploma programme was discontinued. Classes were small, because without legislation there were limited opportunities to practice skills in the clinical areas. Kind of a Catch-22, don’t you think?

Midwifery in Newfoundland remains in a Catch-22 situation. The profession is included in umbrella legislation that encompasses several other professions. However, many of these other professions are already established within the health care system in this province and delivery of service will not change based on this legislation. Indeed, neither will midwifery. There were no midwives working in health boards outside of Labrador Grenfell before the Health Professionals Act, and there are none since it’s been passed. It’s a step that midwifery was included in the Act but there is still lots more to accomplish. Nevertheless, a big kudos goes to the incredibly hard work of dedicated volunteers for everything that’s been accomplished to date.

But there is still much to do. Each professional group within the Health Professionals Act is responsible for it’s own regulations, but the regulations for midwifery have been submitted and there seems to be no real impetus for the government to make midwifery regulations a priority. By-laws for a College have also been developed. But until there is public funding to support the registration process and provide employment so that midwives are able to access liability insurance, we seem to be at a stand still. So far there have been no provisions to fund midwifery in Newfoundland and Labrador.

…a 10-minute pre-natal appointment is not adequate time to spend with a care provider to fully understand the issues.

I care about midwifery services not only as a woman and a mother but also because I am a feminist. To me, being a feminist means supporting a woman’s right to choose. But further to that, I believe in informed choice. The right to birth at home unassisted? Yup. The right to elect a cesarean section without medical indications? Yup. The right to have a normal vaginal birth in the hospital with an obstetrician? Sure. But doing so without an understanding of the risks and benefits of each situation is not really a choice. Informed choice means doing a little work on our own as a 10 minute pre-natal appointment is not adequate time to spend with a care provider to fully understand the issues (in contrast, midwives tend to spend closer to an hour with a family at each pre-natal appointment). There are several private child birth education courses currently being offered in the city, one of which I offer, which is my way of continuing my mother’s work, and living out my feminist belief in informed choice.

Midwifery services for our province just make sense. On the off chance that you, dear reader, are not a parent, never plan to be, or perhaps are not even female, why should you care about midwifery care? Because it’s a more cost effective service, and your hard earned tax dollars will be freed up for other uses when women are not visiting obstetricians for pre-natal care or meeting them at the hospital to give birth to their children. And the obstetricians/gynecologists will also have time and resources freed up. Their wisdom and expertise can be used in conjunction with midwifery services in the most appropriate use of their time. Thank goodness for obstetricians and interventions, and what a blessing it would be to have midwives to provide care to low risk women and screen those who need obstetrical care. I don’t think it would come as any surprise that most of our health care professionals are over taxed. I would support a move that would allow obstetrician/gynecologists more support and time in their field.

If you are unclear about what midwives do and how they would benefit our health care system, then inquire, ask questions, and look at the models in other countries that predominantly use midwives and home birth to see their lower rates of interventions and the better outcomes for mothers and babies. Notice how cost effective midwives and home birth are in comparison to hospital/obstetrical birth, and in combination with the improved outcomes.

Midwifery saves money and lives. It seems like a no brainer to me.

What can you do to help? Join Friends of Midwifery on Facebook to stay up to date on information. Write a letter to your MHA or Minister of Health to express that access to midwifery care is important to you.

There is a public lecture at the Health Sciences Centre Auditorium on Wednesday, May 2nd at 7:30pm with guest speaker Eileen Hutton, Director of Midwifery at McMaster University. She will speak on the topic: “Midwifery in Canada: Where does Newfoundland and Labrador fit?” The event will also have an update of the Health Professionals Act. This is the act which will regulate midwifery in Newfoundland and Labrador.

You can find more information about Fiona’s childbirth education classes at www.mindfulbirthing.ca

Coming and going: Thoughts on what’s growing
Our columnist shares some parting thoughts 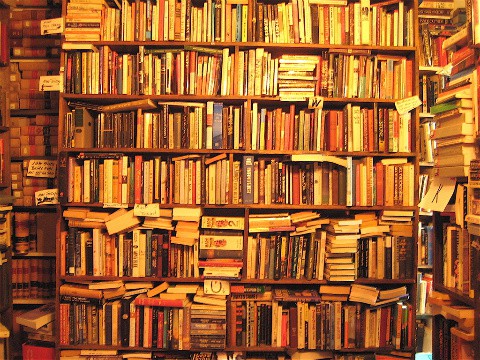 Dying words
An elegy for the used bookstore