St. John’s SlutWalk: We asked for it

“No single outfit has ever kept somebody safe,” says Heather Jarvis, co-founder of SlutWalk and guest speaker at the St. John’s inaugural march against slut-shaming, victim-blaming, and rape culture.

One of the core messages of SlutWalk, a movement started in Toronto, Ont., is that our society often blames sexual assault on women’s clothing and behaviours, instead of on its actual cause: people who commit rape and sexual assault.

The signs and banners at Sunday’s inaugural SlutWalk in St. John’s reflected both the profoundness and the simplicity in Jarvis’ words.

I chatted with some of the speakers and organizers prior to the event about the philosophy behind SlutWalk and how slut-shaming, victim-blaming, and rape culture manifests locally in St. John’s and Newfoundland and Labrador.

Jenny Wright said that while the word ‘slut’ made some people and groups uncomfortable, several local organizations embraced and supported the event anyway. There was even a banner made by inmates at the women’s correctional centre in Clarenville. (According to the Elizabeth Fry Society, 82 per cent of federal women inmates, “have a history of sexual or physical abuse.”)

Wright also said that “shame and blame” are by far the most common reasons women she talks to don’t report sexual assault committed against them (by the way, only about 6 per cent to 33 per cent of sexual assaults in Canada are reported to police).

With regards to the name – SlutWalk – Jarvis also pointed out that “we didn’t pick this name, it was thrown at us.” Jarvis refers to comments made by Constable Michael Sanguinetti, who said at a safety forum at York University in 2011 that women should not dress like “sluts” if they don’t want to become victims of sexual violence. Const. Sanguinetti’s comment, for which he has since apologized, inspired Jarvis and others to create SlutWalk.

The St. John’s SlutWalk also marked the first coast-to-coast national day of action in solidarity with sex workers (see other participating cities here). A number of red umbrellas at Sunday’s march showed support for the safety and rights of sex workers and sex work law reform.

Speakers at the St. John’s SlutWalk were: Wright, who is Executive Director of the St. John’s Status of Women Council, Safe Harbour Outreach Program Coordinator Laura Winters, Lynn Moore, lawyer specializing in sexual abuse cases, and Jarvis, co-founder of SlutWalk [Toronto] and a queer feminist activist. And it was thanks to the amazing people at the St. John’s Women’s Centre, the Sexual Assault Crisis and Prevention Centre, and others, that the SlutWalk was a safe and fun event.

The speakers reminded us that SlutWalk has been prefaced by demonstrations and collective actions by feminists and sex worker rights advocates for decades around the world. Victim-blaming, slut-shaming, and rape culture are not new, and neither is resistance to them.

We were also reminded that the risk of sexual violence is especially high for Indigenous women and that colonialism (a powerful nation controlling and exploiting ‘weaker’ nations) has spread patriarchal attitudes towards sex and gender all over the world.

Sexual assault and rape is a major problem in our society (one in four women in North America will be sexually assaulted in their lifetime), in part because our laws conflict with our social norms. While the laws around sexual assault are, in my opinion, fairly clear (see here and here), they don’t seem to protect victims or prevent sexual assault.

Beyond that, our cultural values and the ideas about sex and gender that permeate our society actually help maintain a culture of rape and violence.

For example, as Jackson Katz says, even talking about gender violence as a ‘women’s issue’ suggests that men, the primary perpetrators of sexual violence, aren’t a part of the problem. Another example is school dress codes that focus on girls’ clothing, which spreads the idea that men and boys can’t control their own sexual behaviours and therefore women and girls must prevent unwanted sex by adjusting their wardrobes.

Similarly, my own high school gym class included physical defense training for girls (with the explicit intention of teaching us how not to get raped while, as far as I know, none of my male peers were taught about consent, human rights, or the objectification of women’s bodies.

While chatting with organizers and participants making signs before the SlutWalk, Chelsey Hicks, who organized the Dancing Activists for the event, noted that the idea that women “ask for rape” is learned. We learn from TV, advertising, literature, and the people around us the insane notion that women invite sexual assault with their clothing, their sexual history, or by being in certain places at certain times. We need to unlearn these crazy ideas if we’re going to eliminate sexual violence, especially since the real stats on sexual assault show that most of it happens in women’s own homes and by people that women know personally.

Part of ending slut-shaming, victim-blaming, and rape culture is offering new phrases, language, and standards to guide our behaviour, thoughts, and words. The signs, banners, and chants of the St. John’s SlutWalk did just that. While a phrase like “a dress is not a yes” may seem trite or sarcastic, it is the type of thing our society needs to start saying more often, to replace phrases like “look at that skirt, she probably wants it.”

In Hicks’ words, “it’s ridiculous that stating the obvious has become so radical.” But until the obvious (that a person owns their own body and you have to ask to touch it) lines up with the norm, I’ll be at every SlutWalk I can attend. 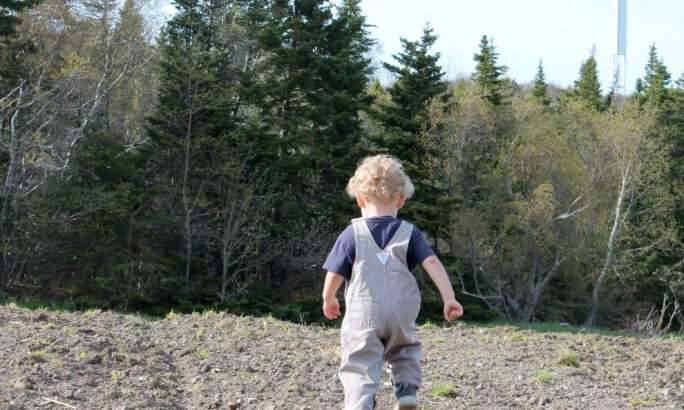 Signs of Summer
Warmer months offer important opportunities for children to grow and get to know the world outdoors.

Top 10 conservation actions N.L. must take
A farewell challenge: What this province needs to do to make things right.